Moving on? A month after confirming his split from Megan Fox, Brian Austin Green was spotted out with Courtney Stodden.

The 46-year-old Beverly Hills, 90210, alum was seen grabbing Mexican food with the 25-year-old model on Saturday, June 13, in Los Angeles. In photos obtained by TMZ, Green can be seen opening the car door for Stodden before they drove off together. 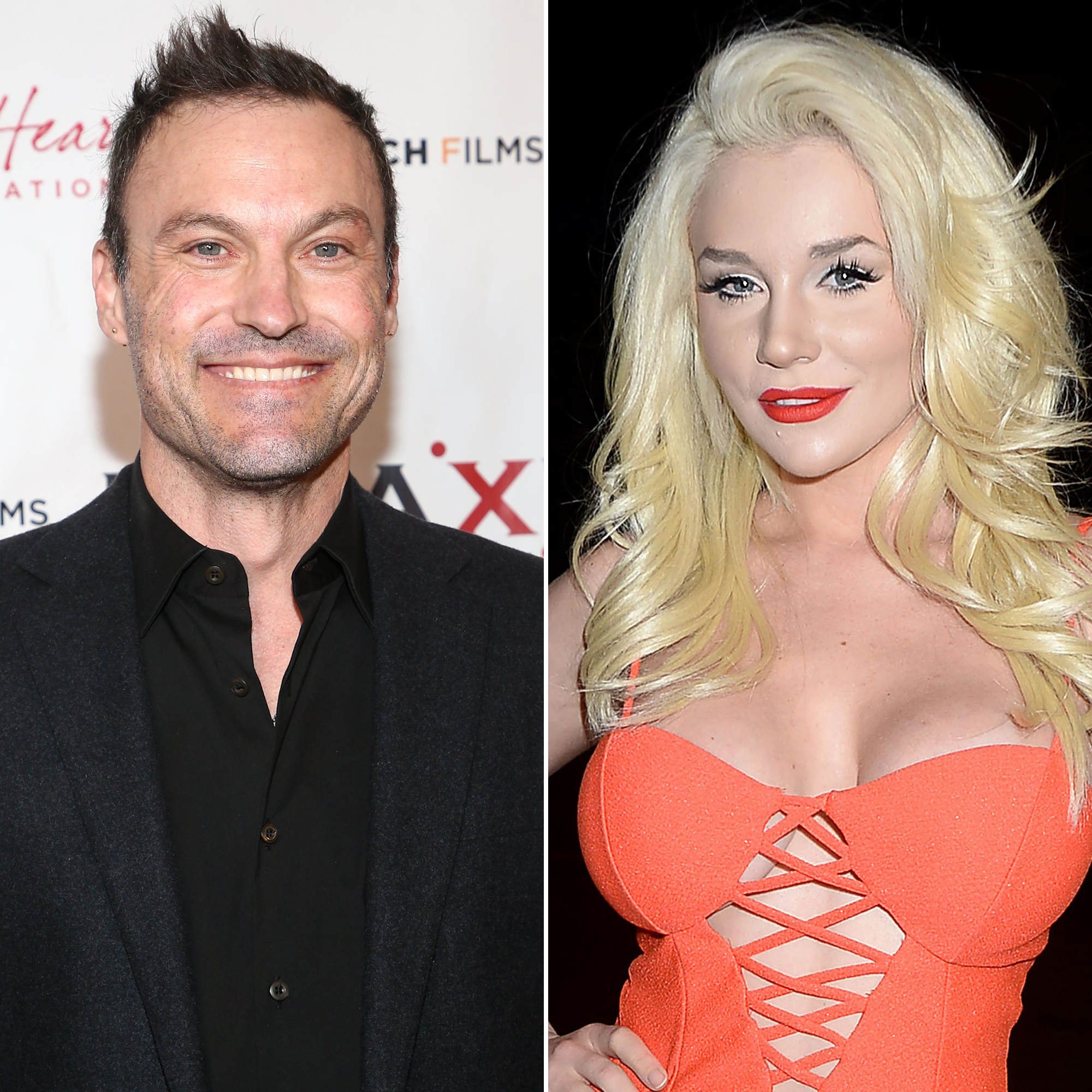 Green and Fox, 34, sparked split speculation in April after he was spotted without his wedding ring. A month later, the actor confirmed the twosome, who share three sons — Noah, 7, Bodhi, 6, and Journey, 3 — called it quits after nearly a decade of marriage.

“The reality is, we’ve been together for 15 years and we’ve been married for 10 and we have three amazing children,” Green revealed during an episode of his “… With Brian Austin Green” podcast in May. “There’s the sense of loss, of, how do I go on with this big part of my life that I’ve always known and loved and shared changing? What does that landscape look like? What does that life look like? Megan and I talked a lot about it and it’s a big concern for both of us, really both of us.”

Fox, for her part, has yet to publicly comment on the split but has been linked to her Midnight in the Switchgrass costar Machine Gun Kelly (real name: Richard Colson Baker).

“I don’t want this guy, Colson, who I’ve never met, who she said nothing but really kind things about, I don’t want him to be vilified because nobody did anything wrong,” Green said on his podcast of the rapper. “I trust her judgment, she’s always had really good judgment.”

According to sources, however, Fox and Kelly have hooked up.

“Brian is choosing to take Megan’s word and believes that her and MGK are friends and as far as he knows, when they began getting close, she was just leaning on him as a friend,” one source noted.

A second insider told Us that Fox felt like Green was “holding her back” from her career, noting the actress is “interested in getting back out there and reinventing herself.”

Stodden, for her part, recently finalized her divorce from Doug Hutchison, whom she wed at 16 when he was 51. The twosome split in 2017, but didn’t file paperwork until the following year. She subsequently started dating producer Chris Sheng, but it’s unclear if they are still together.

“[The] last time we communicated was over a few months ago. I stopped responding based on the advice of my therapist,” Stodden told Us in March. “It isn’t easy to believe in love. It’s hard for me to completely open up to him and trust. I’m constantly pulling back and criticizing everything about everything. I need time to heal and hopefully, I can learn how to love again fully.”