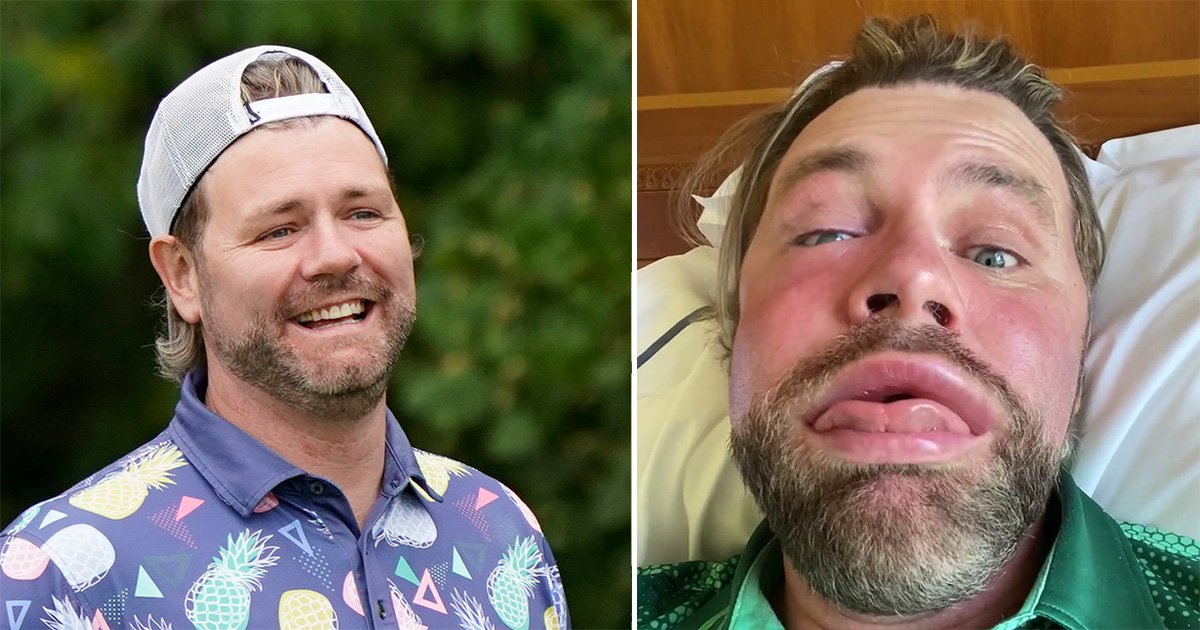 Brian McFadden managed to keep his spirits up despite being stung by a bee, leaving him with a dramatically swollen face.

The Westlife star, 42, took to Instagram to share a video of himself with his lips and cheeks massively swollen as he sang along to Sexy and I Know It by LMFAO.

He captioned the clip: ‘Stung by a bee and got an allergic reaction!! Owning that look! Free Botox and fillers!!!!!’

Brian also added a series of photos of his face gradually getting more and more swollen as he added: ‘The time line of the sting to reaction. Still goin.’

His daughter Molly McFadden, who he shares with ex Kerry Katona, also joked in the comments: ‘What have I told you about getting lip fillers off of Amazon???!!’

The couple had announced news of their pregnancy in December 2020 after undergoing almost two years of IVF treatments in order to conceive.

Brian has yet to offer fans an update on his allergic reaction and whether his face has gone back to normal, though Brian had been filmed en route to the doctor to get treatment.