During Britney Spears’ first public testimony about her conservatorship, she explained that she has an ‘IUD’ in her body and that conservators won’t let her ‘go to the doctor to take it out.’

Britney Spears, 39, has made it clear she wants another child — but is unable to due to her strict conservatorship agreement. “I have an IUD in my body right now that won’t let me have a baby and my conservators won’t let me go to the doctor to take it out,” she reportedly said in court on Wednesday, June 23. The comments were made during her first-ever public testimony about her ongoing conservatorship, which remains under the control of her father Jamie Spears, 68. “They don’t want me to have another baby,” she also reportedly said, via a reporter on Twitter.

HollywoodLife cannot independently verify the reported statements, and has reached out for comment. The Oops!…I Did It Again singer is already mom to sons Jayden James, 14, and Sean Preston, 15, with ex-husband Kevin Federline, 42. The pair divorced in 2007 after a three year marriage, and she was put under a conservatorship just a year later following a public breakdown. The pop star has since been dating Sam Asghari, 27, after meeting on the set of her music video “Slumber Party” in Oct. 2016.

Similar statements have been previously made by Britney’s makeup artist Maxi. “I can tell you what they’re still controlling to this day is whether she has a baby or not, whether she gets married or not, who her friends are, and those are some big things,” Maxi claimed during an Oct. 22, 2020 episode of the Calababes Podcast when talking about the Louisiana native’s legal situation. “We’re talking about some Handmaid’s Tale-type things to keep her from having a baby. Like, we’re talking … I can’t detail it and I’m not gonna specifically say, but I will say for sure, she would’ve had a baby by now,” Maxi also said. 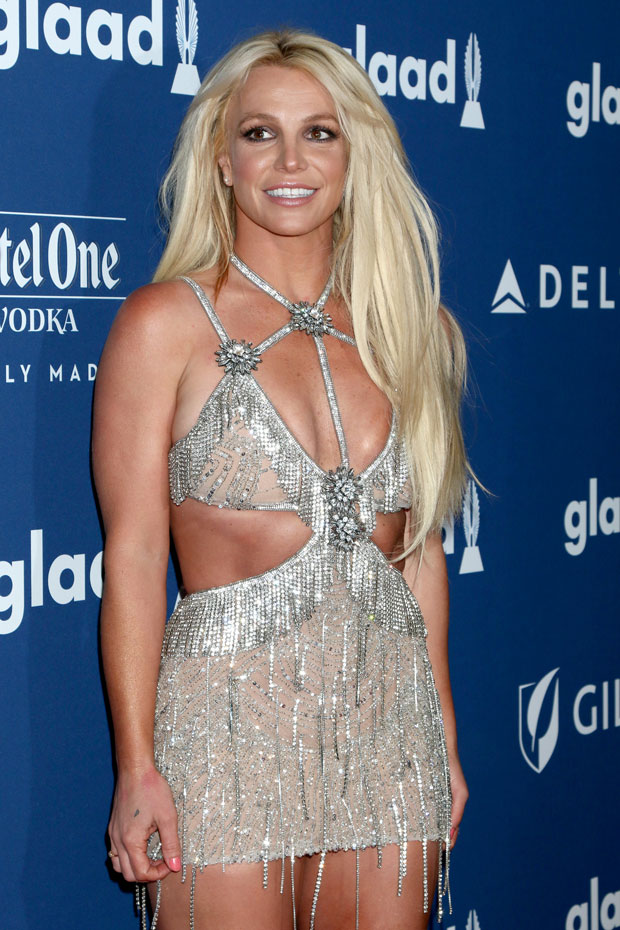 The Handmaid’s Tale is a popular Hulu series based on the successful book series by Margaret Atwood. Women’s reproductive rights are central to the plot line as a totalitarian heavily government controls female citizens based on their fertility. “[Britney] would’ve probably been married to Sam by now. She would have groups of friends around her,” Maxi also said during the interview.

Sam has also opened about up about wanting children. “I want to be a young dad…I want to take my relationship to the next step,” the model said in an interview to Forbes magazine back in March, referencing his romance with Britney. “I don’t mind becoming a father…My priorities in life are to remain humble and understand where I came from and where I’m going,” he also said.