Britney Spears took to Instagram to share a cheeky video with her 33.9 million followers on Sept. 9, and it’s a clip you need to see.

Britney Spears, 39, has a message for all the haters. On September 9, the “Stronge” singer shared two cheeky posts on Instagram alongside a very strong message.

While rocking her hair in a messy ponytail and wearing nothing but black thong underwear bottoms, the singer posed for the camera to showcase her toned physique in her bathroom. The singer initially posted a photo followed by a cheeky video, which she aptly captioned “Here’s a video so you guys can see this is really my ass 🍑🍑🍑 !!!! No filters or cover ups … it’s the real deal !!!! Psss I shoot myself with a selfie stick and always will 🤳🏻📷… it STAYS UP … it DOESN’T TALK BACK … and it’s EXTREMELY RELIABLE 🤷🏼‍♀️🤷🏼‍♀️🤷🏼‍♀️ !!!”

Her fans were quick to support the message. One fan commented, “haters can kiss it,” while another wrote, “LITERALLY GO OFF!!” alongside a few fire emojis. Another fan even stated, “SEPTEMBER 29th!!!! Xox xox 🚨🚨🚨 Soon!!!,” another fan stated which was hinting at her next court date.

The quick video comes a few hours after the pop songstress re-shared her previously uploaded topless images. She captioned the series of pics by saying, “I’m reposting these pics cause the first time they were really fuzzy !!!!! Here’s a clearer version of these pics and if you’re like most and have no idea what I’m talking about then f–k it …” Spears wrote alongside the new photo set, adding, “here’s the caption that went with these from before!!!!” She then wrote out a quote from the legendary actress Sophia Loren, 86, “There is a fountain of youth: it is your mind, your talents, the creativity you bring to your life and the lives of people you love. When you learn to tap this source, you will truly have defeated age.” 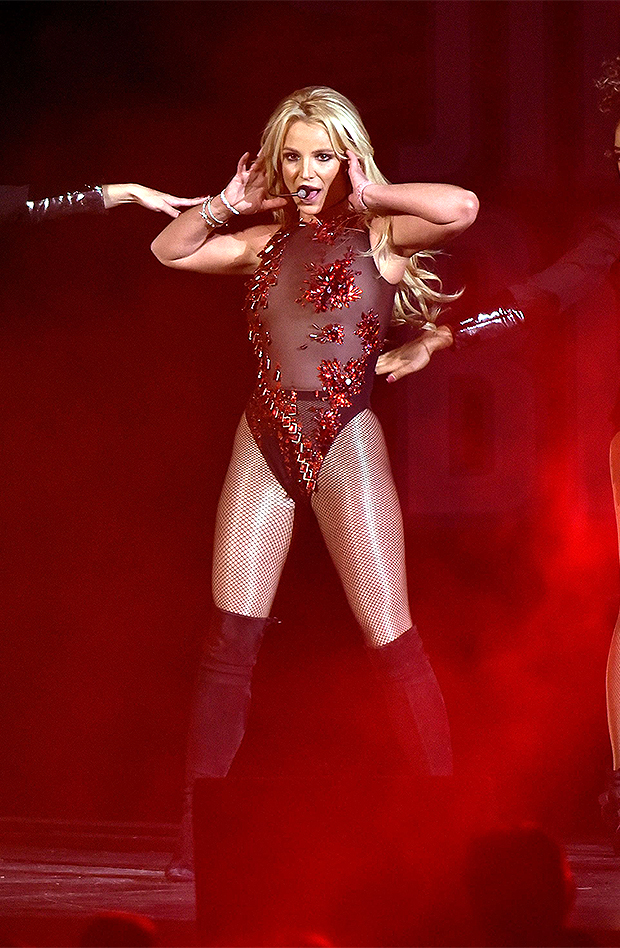 The “Baby One More Time” singer has been vocal about her desire to remove her father from her conservatorship since her hearing in June. “I’m here to get rid of my dad and charge him with conservatorship abuse,” the star said during the hearing. “I want to petition the court to terminate the conservatorship, but I do not want to be evaluated.” Adding that she was “scared” of her father growing up, Britney added, “No, I am not perfect. I am not crazy. My family never cared.”