Britney Spears, Sam Asghari Enjoy the Sun in Hawaii After Her Hearing

Britney Spears and Sam Asghari are taking a beach vacation. Following Spears’ explosive court statement amid her ongoing conservatorship battle, she and her boyfriend jetted off to Hawaii.

The couple appeared to be in good spirits as they traveled to their destination, with Asghari taking to Instagram to post several videos of him and his girlfriend acting silly with Snapchat filters.

After their arrival, the couple was photographed soaking up the sun and laying out while at the resort they are staying at. In the pic, Spears rocks a two-piece bathing suit and fedora, while her beau appears shirtless with swimming trunks and a baseball cap. 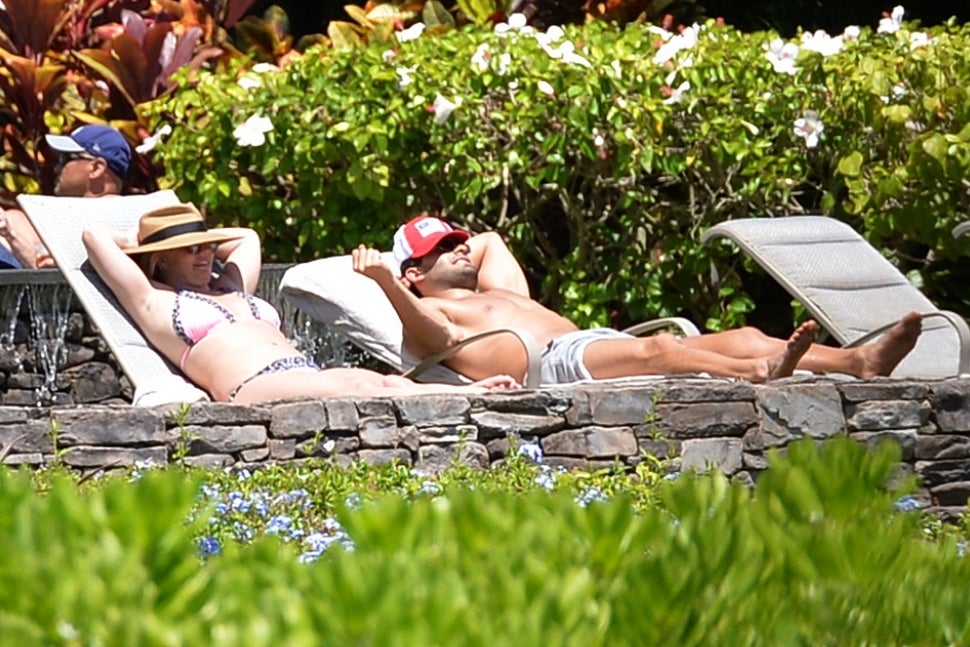 In her statement, Spears claimed that, under her conservatorship, she is unable to get married or have another baby. The 39-year-old singer also claimed that she hasn’t been allowed to go off birth control, despite her wishes.

“Britney and Sam basically live their life as a couple under curfew. She wants to be free of all the restrictions and she is ready to fight for her life because that is what this is,” a source told ET. “Sam feels so proud of Britney for finally having this moment. It’s her liberation and it’s a long time coming.”

Even with Spears’ ongoing court battle, ET’s source said that she and her 27-year-old beau are “stronger than ever.”

“Sam loves her very much. They understand each other on a deep level,” the source said. “Their love is often childlike and fun, but it is also deep and serious. They have overcome so much, which has balanced them out, but also showed them that they can do anything together.”

“They’re stronger than ever and ready to take on whatever challenge comes their way including business, personal, everything else in between. It’s Britney and Sam as a unit, period,” the source continued, before noting that Asghari “has been going above and beyond to make sure Britney knows how much he supports and loves her” by planning grand gestures for her “to feel extra special and adored.”

The source added that Asghari, who wore a #FreeBritney shirt ahead of his girlfriend’s hearing, has been “a huge support emotionally for Britney,” as he “continues to be her backbone, support her, and show his love, and he always will.”