Britney Spears says her 'mental and physical health comes before anything' 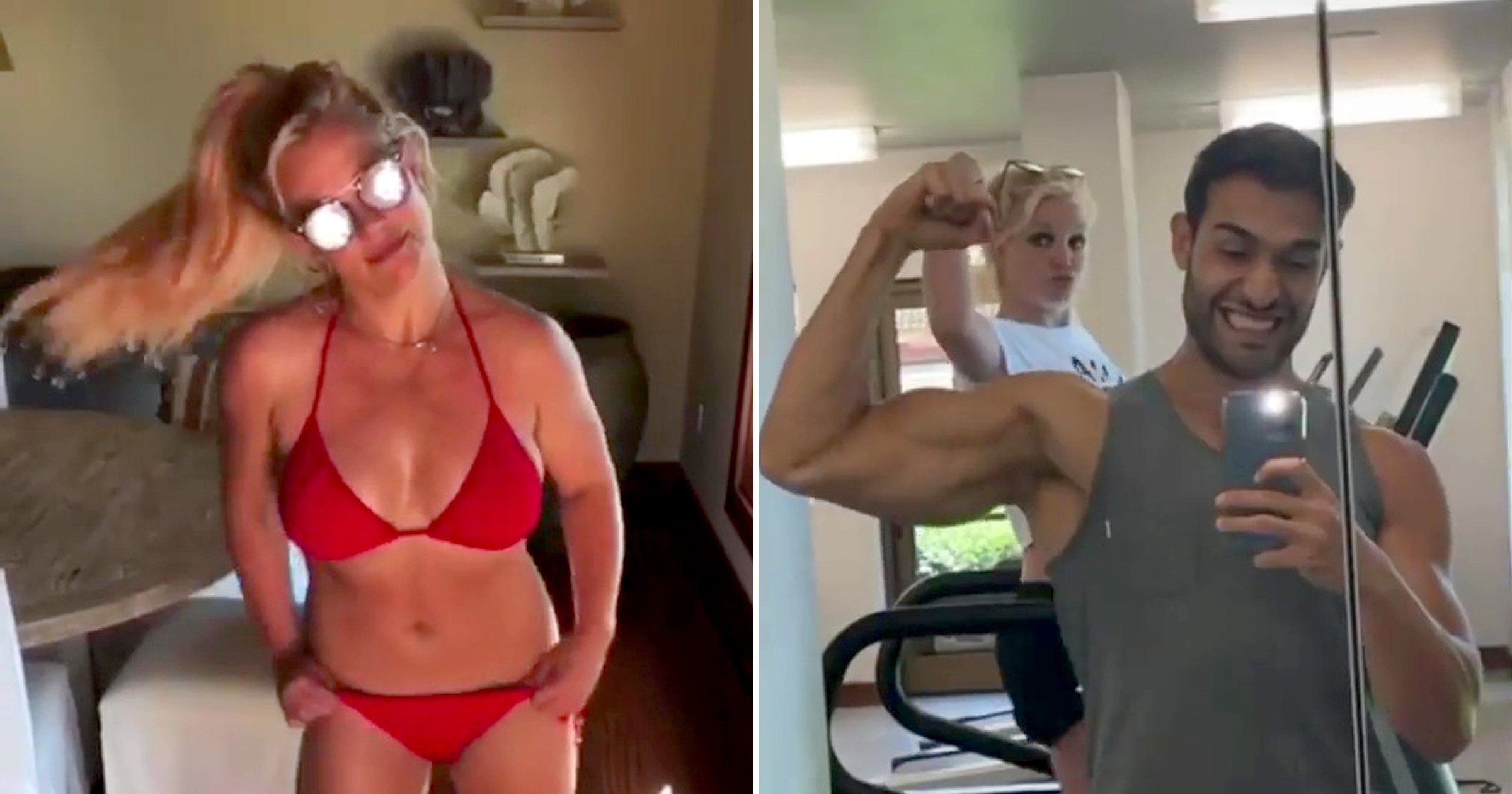 Britney Spears is having the time of her life on holiday with boyfriend Sam Asghari, following a difficult week for the popstar.

Last Wednesday, the 39-year-old spoke directly to the court and requested an end to the conservatorship she has been under for 13 years.

Details from her testimony shocked the world, including her claims that she cannot get permission to remove her IUD so she can have children with Sam, 27.

Britney and Sam jetted to Hawaii to de-stress, and sharing footage from her idyllic getaway in Maui, the Toxic singer promised that ‘more is to come’.

The star shared a video montage said to Portugal. The Man’s Feel It Still, showing herself modelling a red bikini, posing up a storm on the beach and making sand angels.

‘I’m driving the cheapest car known to mankind but it’s pretty fun … I like the sound of the ocean at night and I like hearing people laughing from my balcony … there’s a togetherness here and it’s endless !!! Here’s me playing in the dirt and making angels in the sand in the ocean 🌊🏝🐚 !!!!

Others claimed that some of the footage bore a similarity to a previous trip in September 2020 Britney took to Hawaii, but on Sam’s Instagram, he also shared shots of him and his girlfriend working out together in Maui.

In the Boomerang, Britney could be seen working out on the treadmill and flexing her muscles, and she shared her beau’s post, writing: ‘Mental and physical health comes before anything at this point.’

During her testimony last week, the princess of pop likened the conservatorship to abuse and told the judge that she ‘cried every day’.

She asked for the conservatorship – which is in part controlled by her father Jamie Spears – to be ended without evaluation so she can be in charge of her finances and personal affairs.

Los Angeles Superior Court Judge Brenda Penny thanked Spears for her ‘courageous’ words but made no ruling, with a long legal process likely before any decision is made on whether the conservatorship will end.

Since her testimony, celebrities including Mariah Carey, Rose McGowan and her ex Justin Timberlake have spoke out in support of the star, with her Mickey Mouse Club co-star Christina Aguilera the latest to speak out.

Christina tweeted: ‘It is unacceptable that any woman, or human, wanting to be in control of their own destiny might not be allowed to live life as they wish.

‘To be silenced, ignored, bullied or denied support by those “close” to you is the most depleting, devastating and demeaning thing imaginable. The harmful mental and emotional damage this can take on a human spirit is nothing to be taken lightly.’

The star added: ‘To a woman who has worked under conditions and pressure unimaginable to most, I promise you she deserves all of the freedom possible to live her happiest life. My heart goes out to Britney. She deserves all the TRUE love and support in the world.’