Carol Vorderman: Countdown star in pain as she works on award-winning rear in sweaty pics

Carol Vorderman’s eye-popping figure was impossible to miss in her latest Twitter update. The Countdown favourite said things had got “sweaty” during her latest work-out.

Sweaty one today in the weighted vest

The 59-year-old uploaded not one but three pictures of her “Ripper Session” with her 453,000 followers.

The appeared to be in pain as she performed a series of impressive squats in a weighted vest.

Wearing her blonde tresses down in a natural wave, Carol gave fans a good taster of what she had been up to.

The mother-of-two teamed tight, two-tone leggings with a black T-shirt and trainers. 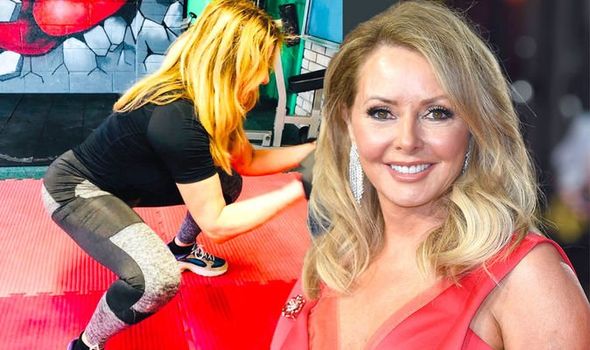 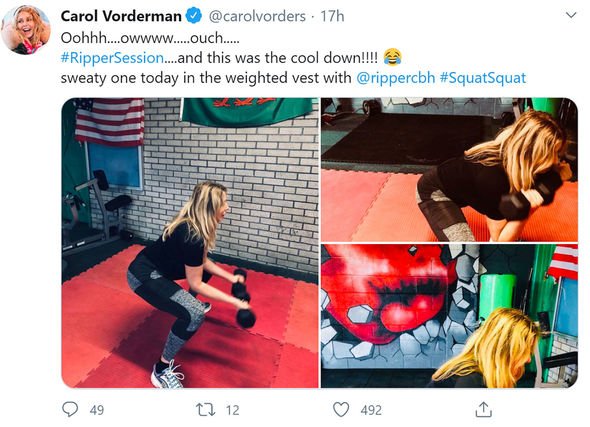 A US and Welsh flag could be seen behind her, as she gripped two small weights.

The small screen favourite captioned her snaps: “Oohhh… owwww… ouch… #RipperSession… and this was the cool down!

“Sweaty one today in the weighted vest with @rippercbh #SquatSquat.”

Her personal trainer Craig Hawkins, who she tagged in the message, retweeted it in view of his own 945 fans. 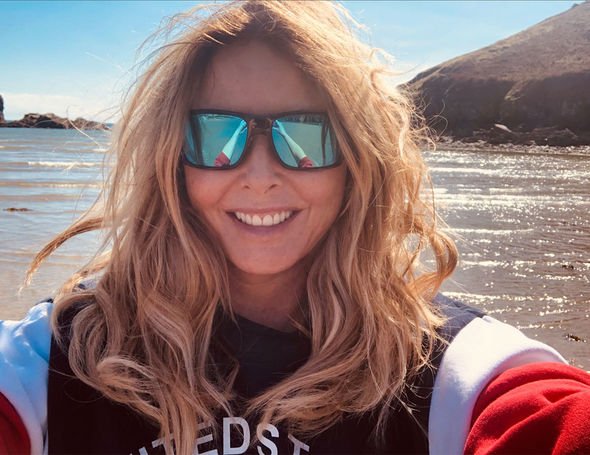 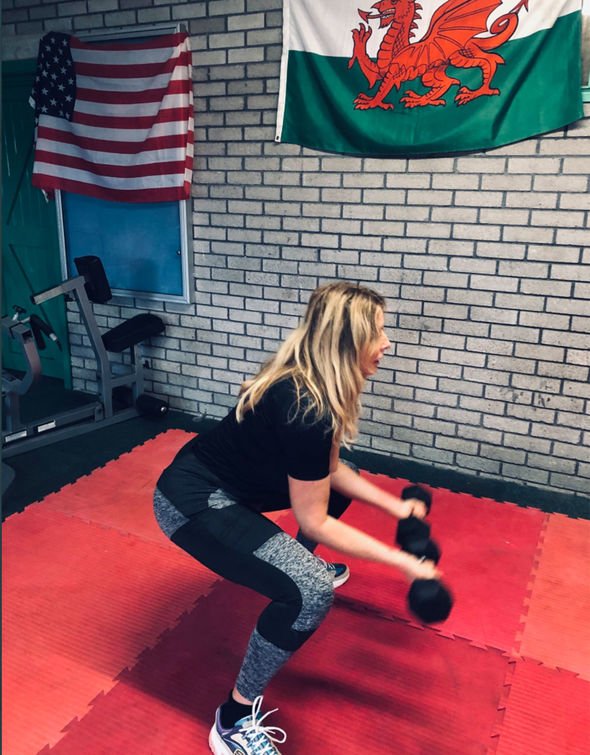 Carol was immediately inundated with cheeky replies from fellow users, with many compliments being thrown around.

A third said: “You know what they say… no pain, no gain! Good luck walking down the stairs in the morning!”

Just days earlier, the star had once again been enjoying the great outdoors, and even joked about her appearance.

“What do you mean… ‘Brush your hair Woman?'” she quipped alongside a selfie.

She kept her mirrored sunglasses firmly on as she breamed in front of an idyllic seafront backdrop.

Her hair appeared to have been messed up by the wind but her spirits were certainly high.

Carol had earlier stated: “A day off in #Cymru. Gym sesh first… Breakfast Roll in Narberth cos I deserved it.

“And a long walk on the @PembsCoast… its beauty slays me every time.”

She then added: “If you look closely you’ll see 3 people fishing off the big flat rock #CymruAmByth #MaeHenWladFyNhadau.”

The beauty showed off her indulgent snack which she ate in her car after snapping the sights.