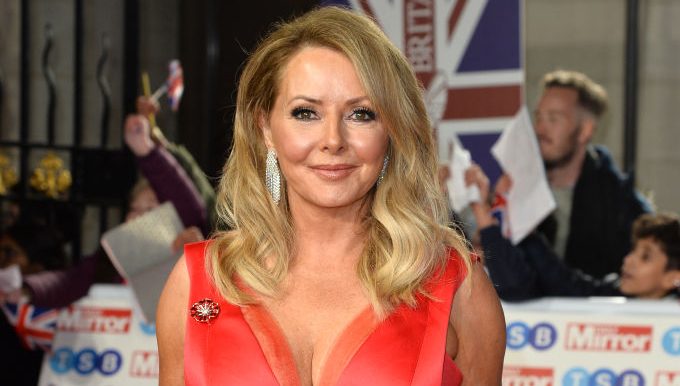 Carol Vorderman shared a picture of herself on her wedding day in the 80s when she was a ‘cute’ bride at the age of 24, joking about how it was short-lived.

The TV star, 60, tied the knot with her first husband Christopher Mather in 1985. The couple were married for a short time, splitting up a year later.

Sharing on Instagram that she was reminded of her big day in the 80s, Carol posted a photo, taken by the wedding photographer at the time, of herself in her white dress.

Revealing further details from the day she got hitched she remembered that her wedding dress was ‘borrowed’ and for the reception she wore an outfit from the 80s game 3-2-1.

The Countdown star had cropped the photo to focus on what she was wearing, and she looked as youthful as she does today.

Carol, then 24 and with a short hairstyle, wore a band of roses around her head and dangly earrings, smiling as she leaned into Christopher for the picture.

She wrote in the caption: ‘Cute bride…Age 24…All good so far’.

Recalling the rest of her wedding day, Carol continued: ‘6 hours later…out of the borrowed white thing and into a see through number from the show 321. BAD BRIDE singing her song IT’S RAINING MEN.’

Quipping about their short lived marriage, the TV host added: ‘It didn’t last…oops.’