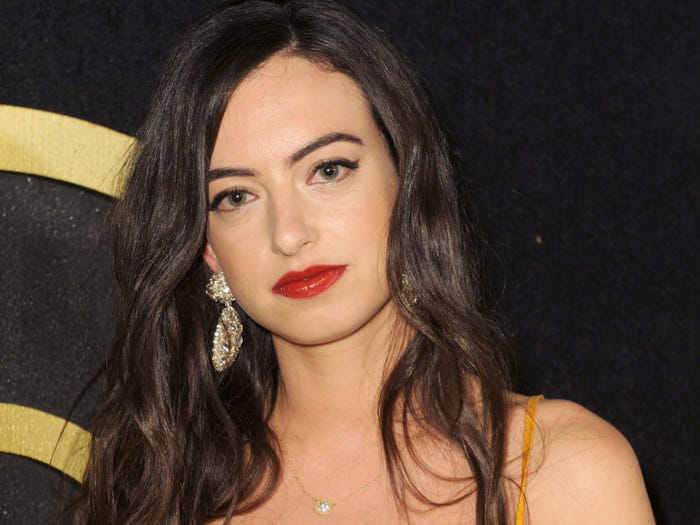 Cazzie David called out her ex Pete Davidson for recycling clothes he bought with her in his 2018 Instagram debut with Ariana Grande.

The 26-year-old, who dated Davidson for over two years, revealed that they went to The Wizarding World of Harry Potter for their first date in her new essay collection, "No One Asked For This."

After a friend sent her a photo of Davidson and Grande in matching Harry Potter crewnecks (Davidson in Gryffindor and Grande in Slytherin), she realized that they were wearing the same outfits she and Davidson purchased together.

"There, we bought the same matching sweatshirts they wore in the photo, except mine was Ravenclaw and hers was Slytherin, which is too ironic to make a joke about," David wrote in an essay titled "Erase Me."

She added, "His sweatshirt and mine were still both folded up in my closet back home, gathering dust, sitting next to each other like gravestones."

The photo, which has since been deleted from Davidson's account, was captioned: "The chamber of secrets has been opened."

The pair, who dated from May to October 2018, seemed to bond over their love of Harry Potter.

Early in their relationship, Grande shared a video of Davidson mocking her about her in-depth knowledge of the books.

"I don't know these weird facts that you know because they don't advance the story at all," the comedian told her, adding, "Like me knowing what Professor Quirrell's favorite scarf is, it's just not what 'Harry Potter' was to me."

Davidson continues: "I've seen each movie like 20 times, but I'm sorry I don't know what Dumbledore's cat when he was 4 is named. 'Cause it just didn't advance the f—ing story."

Davidson has been a longtime fan of J.K. Rowling's hit series and has even gotten multiple Harry Potter-inspired tattoos on his body.

However, fans have expressed their doubts regarding his knowledge of the franchise.

Despite claiming that he's read all seven books in a 2016 interview with Rolling Stone, Davidson contradicted himself years later and told Variety that he's only read up to the third book, "Harry Potter and the Prisoner of Azkaban."

"I read like, the first three 'Harry Potter' books, and then like, the first movie came out. And I was like, I'll just wait to find out what happens through the movies," he said. "Those books are f—ing thick, dude! Like, who wants to read?"