Chrissy Teigen addressed her recent bullying controversy for the first time in person while praising husband John Legend for his support amid the scandal.

Chrissy Teigen’s Bullying Accusations: A Timeline of the Controversy

“I’m good,” the Cravings author, 35, told a TMZ photographer on Monday, June 21, when asked how she’s holding up amid the drama.

Teigen, who came under fire for her past social media bullying earlier this year, has released multiple public apologies but hasn’t spoken out via video or in-person until now. 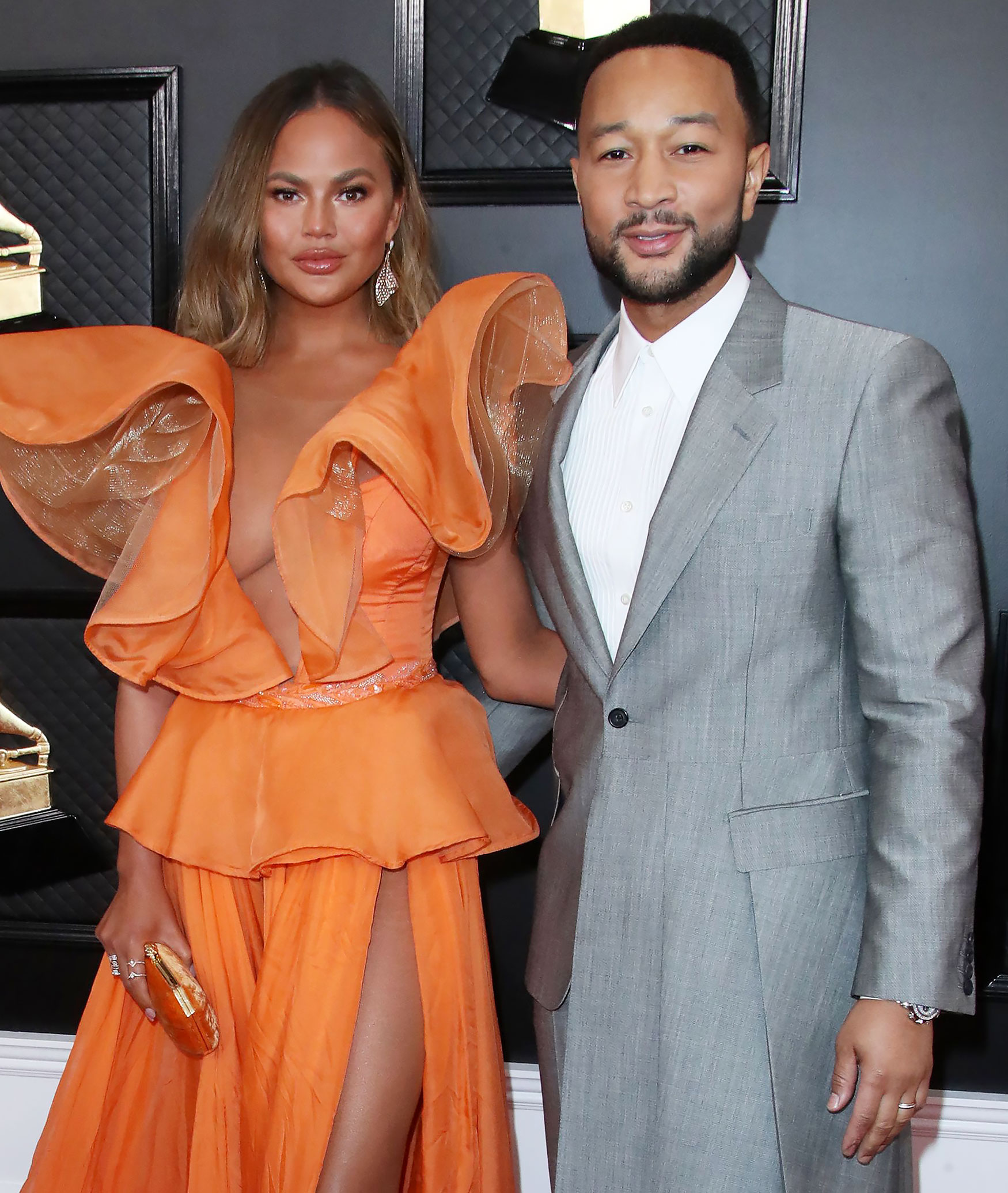 The Utah native noted on Monday that she has “no idea” about the rumors that she will partake in a CBS tell-all interview similar to that of Prince Harry and Meghan Markle’s March sit-down in order to set the record straight on her own saga.

Teigen, did however, compliment her husband, 42, telling TMZ, “Oh, my God. He’s been everything.” The former Sports Illustrated Swimsuit model called the “All of Me” crooner, with whom she shares daughter Luna, 5, and son Miles, 3, her “everything” and “vital” to her ability to make it through the recent scandal.

The Chrissy’s Court star made headlines in May when Courtney Stodden accused her of making hurtful comments about them over the years — two months after Teigen took a Twitter break to drown out her own trolls. 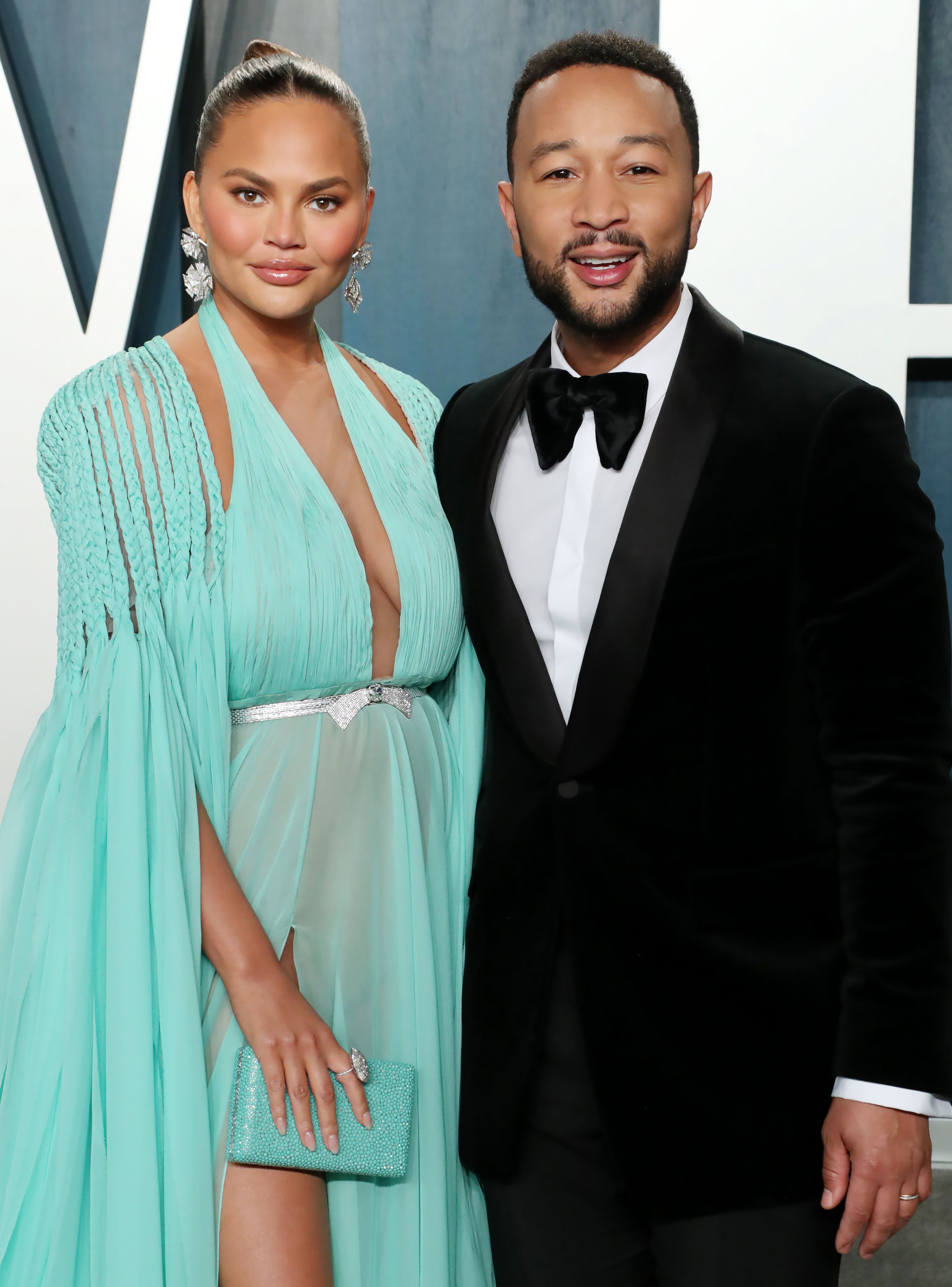 “She wouldn’t just publicly tweet about wanting me to take ‘a dirt nap’ but would privately DM me and tell me to kill myself. Things like, ‘I can’t wait for you to die,’” the 26-year-old songwriter told the Daily Beast at the time. “Some of the worst treatment I got was from women, and we’re not going to get anywhere if we keep holding each other back.”

Two days later, Teigen posted a public apology to Stodden, writing, “I’m mortified and sad at who I used to be. I was an insecure, attention seeking troll. I am ashamed and completely embarrassed at my behavior but that is nothing compared to how I made Courtney feel.”

The former Lip Sync Battle host later shared a second written apology to anyone else she might have hurt online after receiving continued backlash for the Stodden controversy. However, the drama didn’t stop there.

Teigen again found herself in hot water earlier this month after designer Michael Costello accused her of bullying him and threatening his career in 2014 after she allegedly called him a racist.

The Project Runway alum, 38, claimed Teigen once DM’d him, writing, “Racist people like you deserve to suffer and die. You might as well be dead. Your career is over, just watch.”

Costello addressed his allegations in a statement to Us Weekly days later insisting, “I do not wish ill will on anyone,” noting, “we are all works in progress.” He added that he is “still waiting for Chrissy Teigen and anyone who bullied me to reach out to me.”

A rep for Teigen initially told Business Insider in June that the alleged DMs sent to Costello “appear to be manipulated,” which Legend later commented on via his own Twitter statement.

“Chrissy apologized for her public tweets, but after her apology, Mr Costello fabricated a DM exchange between them. This exchange was made up, completely fake, never happened,” the “Love Me Now” singer tweeted. “Honestly, I don’t know why anyone would fake DMs to insert themselves in this narrative, but that’s what happened. I encourage everyone who breathlessly spread this lie to keep that same energy when they correct the record.”

Celebs Fight Back on Social Media

Teigen then released her own statement about Costello’s claims after her husband came to her defense.

The model explained that she did post a comment on Costello’s Instagram in October 2014 after he was accused of making a racist remark. However, Teigen claimed she “deleted the comment, as was reported at the time” once the designer denied the racism accusation noting it was based on a photoshopped comment.

If you or someone you know is struggling with suicidal thoughts, please contact the National Suicide Prevention Lifeline at 1-800-273-8255.