It will take more than a pandemic to sink the spirits of cruise fans: CHRISTOPHER STEVENS reviews last night’s TV

Billion Pound Cruises: All At Sea

Of all the telly-by-numbers that fills our screens, cruise ship documentaries are the most formulaic — the same characters, the same dramas, the same avalanche of statistics.

There’s always the receptionist called Paolo from Montevideo or Manila, with his gelled highlights and his irrepressible giggle: ‘It’s my job to know everybody’s names and everybody’s problems by the end of Day One. Coo-ee! Barbara! Are your verrucas better now?’

Then we meet the square-jawed captain, with the photo of his wife and three adorable children displayed prominently on the bridge. 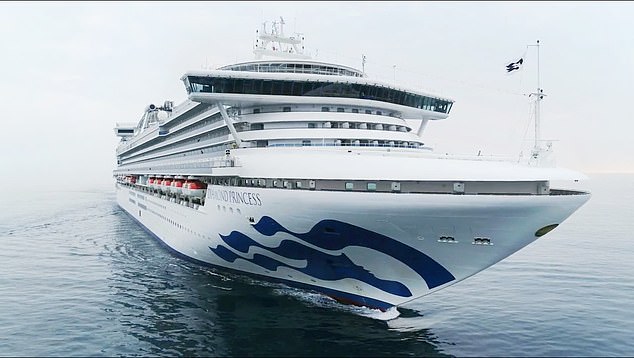 Of all the telly-by-numbers that fills our screens, cruise ship documentaries are the most formulaic — the same characters, the same dramas, the same avalanche of statistics

Down in the galley there’s a burly chef called Kirsten or Keisha: the voiceover tells us that during the voyage, ‘Chef will serve 21 kilometres of Bavarian sausage, 36,000 tubs of Caspian Beluga caviar and just six lettuces’ (nobody sticks to a diet on board a cruise liner).

Up pops Tony, the unlucky Scouser in charge of the ship’s plumbing. There’s a blockage on deck five, he sighs, reaching for his shoulder-length rubber gloves.

Whether we’re in the Med or circumnavigating the globe, every series on board these floating palaces was the same… until coronavirus.

Billion Pound Cruises: All At Sea (ITV) reported on a very different situation — where running low on tinned peaches and Prosecco was the least of anyone’s worries.

After Covid-19 hit, shares in some cruise companies plunged by more than 80 per cent.

They were damaged by the perception that ships crammed with elderly passengers were coronavirus deathtraps, rife with disease.

Someone coined the lurid phrase ‘floating petri dishes’, which proved more destructive than a torpedo in the bows.

Never take holiday tips or investment advice from a TV column, but on the strength of this one-hour report I wouldn’t write off the cruise industry just yet.

It isn’t just the money involved, though there are 120 ships lying idle around the world. It’s the sheer resilience of the passengers.

Morven and Ian found themselves stranded off the coast of Chile when the crisis broke, with a gunboat circling to make certain their ship, the MS Zaandam of Holland, could not dock.

The Glasgow couple’s response was to write and record comic songs which they posted on Facebook. They kept singing, even as coronavirus swept the ship.

Held at bay in the Panama Canal, the Zaandam was dubbed ‘the Pariah Ship’. Morven and Ian warbled on.

It’ll take a brave globetrotter to sign up for holidays afloat now, with the risk that a second outbreak might confine people to their cabins for weeks on end.

Fortunately for the cruise companies, this sea-going nation won’t be stopped by a little thing like a worldwide pandemic. Britannia rules the waves! 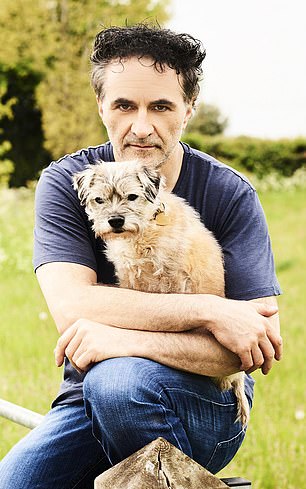 The Supervet: Puppy Special (C4) looked back at some of the show’s smallest and cutest patients, before contacting the owners and asking them to film updates on their smartphones

If your optimism needs a boost, turn to miracle medic Noel Fitzpatrick, the man who pioneered bionic surgery for our pets.

The Supervet: Puppy Special (C4) looked back at some of the show’s smallest and cutest patients, before contacting the owners and asking them to film updates on their smartphones.

Not only is this a hilariously cheap way to liven up a repeat, but it worked rather well.

It was a joy to see Chica the bulldog, who needed pins in an elbow fracture aged three months: she’s now a fat, soppy, slobbery armful of cuddles who worships her master, Sean.

You can’t help thinking that, if the best moments on television yesterday were filmed on phones by a besotted dog owner and a pair of holidaying pensioners, the next victims of Covid-19 might be professional camera crews.

Jedi vampire of the night: When the makers of What We Do In The Shadows (BBC2) heard Mark Hamill (Star Wars’ Luke Skywalker) was a fan, they wrote a part for him. He fought a Dracula duel… wielding a pool cue grasped like a lightsaber.