Who Wants To Be A Millionaire?

One of the strangest and most unsettling sensations of lockdown is caused by the telly time lag.

Just as light from distant stars takes months or years to reach us, so do many programmes. We are watching the past.

Normally, we don’t notice it, but now even the latest documentaries and dramas arrive looking not just dated, but redundant. 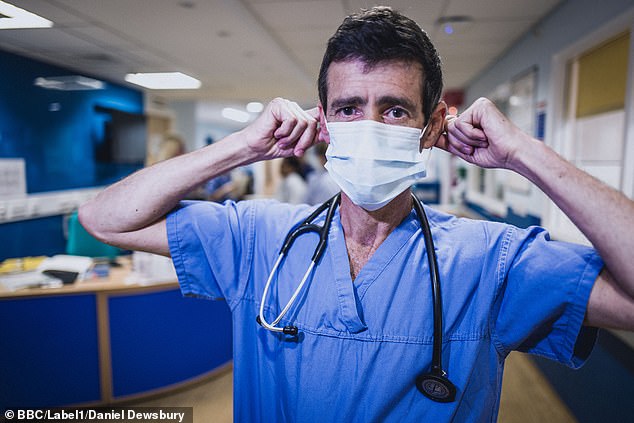 Ricky Tomlinson and Ralf Little, who played father and son in The Royle Family 20 years ago, filmed their Very Northern Road Trip, for the Gold channel this time last year.

They might as well have done it last century — visiting Blackpool to ride the rollercoaster, dropping into charming pubs in the Ribble Valley, and greeting everyone they met with handshakes and hugs.

Heaven knows the British tourism industry is going to need all the good publicity it can get, but this three-part series feels like a postcard from a more carefree age, addressed to ‘England — After The Apocalypse’.

It is almost reassuring to see the first post-lockdown programmes beginning to air, even though their subject matter is so grim. Hospital Special: Fighting Covid-19 (BBC2) started filming at London’s Royal Free on March 23, the first day of Britain’s full shutdown.

Already, the hospital seemed close to breaking point. What was most hopeful and inspiring about this two-part special (the second episode airs tonight) was the determination of all the staff never to give up, no matter how desperate the challenges.

Beds for heart attack patients filled up with coronavirus sufferers. Surgeons were forced to invent procedures far outside their usual scope. Patients lay in queues of ambulances across the car park, and the intensive care unit started at the front door.

It was not only the NHS staff whose courage was inspiring.

Grandfather Peter, an 88-year-old who escaped from Hitler’s Germany as a baby with his parents before World War II, was facing his illness with stoic bravery. 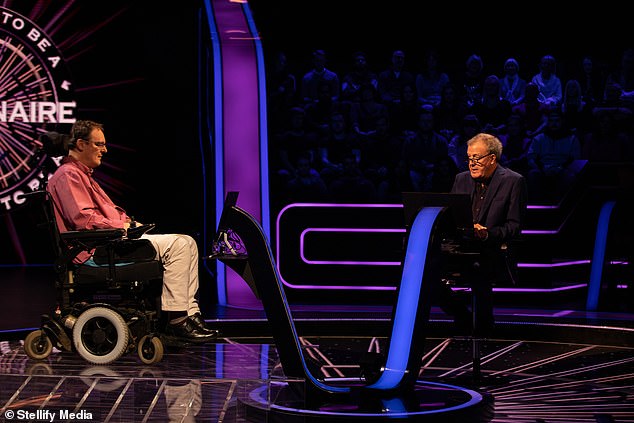 The reboot of Who Wants To Be A Millionaire? on ITV. Andrew Townsley, left, and host Jeremy Clarkson, right

The former wine merchant reckoned he’d caught the bug at a dinner party. ‘It’s tough nuts,’ he said with a shrug, before instructing doctors that he didn’t want to be put on a ventilator: ‘I’ve had a good run, so no complaints.’

Thankfully, after several gruelling weeks on oxygen, Peter survived. This documentary wisely focused on some of the Royal Free’s success stories, while not disguising the ghastly reality.

We knew the mortuary was full and supplies of body-bags were running out but, like the doctors and nurses, the film-makers chose to accentuate the positives — such as the recovery of a much-loved nurse named Nancy.

At one stage, Nancy’s case had seemed hopeless. When she walked out of the hospital unaided, her colleagues crammed the corridors to applaud. Thank goodness for something to cheer.

There’s been little to cheer with the return of Who Wants To Be A Millionaire? (ITV). Four contestants over the first two evenings have gone home with just £1,000 after guessing an answer and getting it wrong.

Host Jeremy Clarkson is desperate to see a big winner, and that’s the problem. He urges players to make impulsive decisions, praises them for gambling when they aren’t sure, and constantly seethes with impatience. ‘Took you long enough!’ he snapped at one woman, as she finally made her choice.

Clarkson, a man to whom humility is an alien concept, thinks he knows everything and believes everyone else should too. Dreadful blunders are the result: one player lost £15,000.

The plain fact is he’s the wrong man for the job.