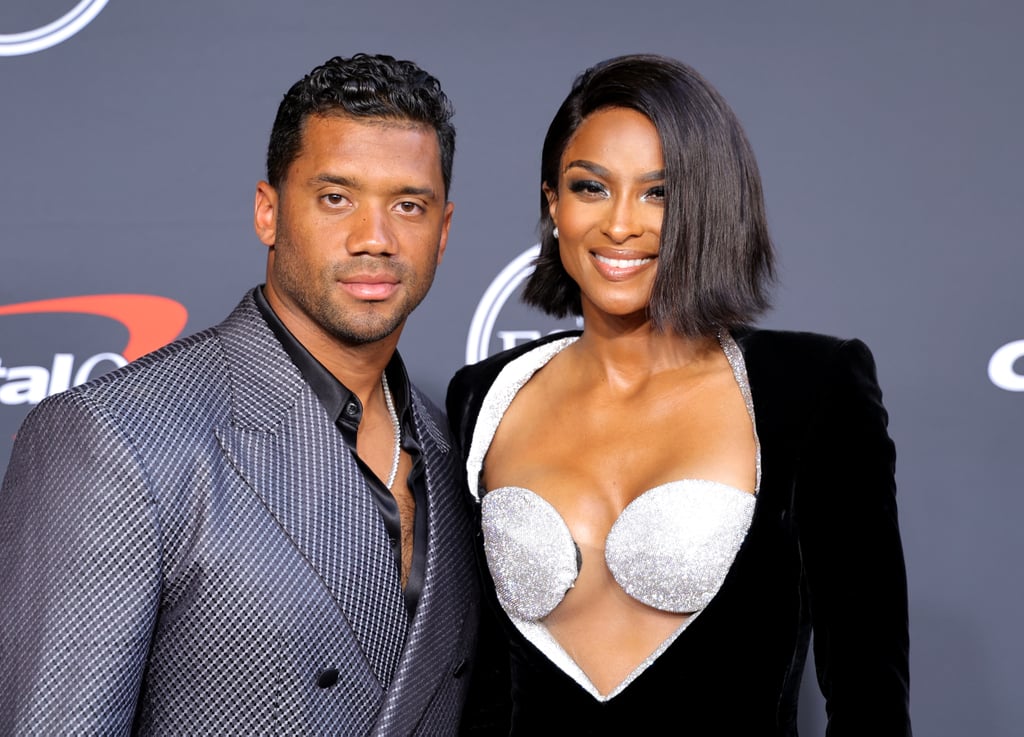 Ciara and Russell Wilson were a sight to behold at the 2022 ESPY Awards. The couple presented the Pat Tillman Award for Service together Wednesday night and delivered a touching tribute to recipient, Command Sergeant Major Gretchen Evans. Ciara wore a black plunging gown, complete with a sparkling silver bra, while Wilson sported a two-toned tailored suit.

The power couple have had their hands pretty full lately. Ciara, coming off the release of her family-assisted song “Treat,” recently dropped her nostalgic “Jump” video for her latest single, which is the first release off of her upcoming eighth studio album. Meanwhile, Wilson has been in Colorado training with the Denver Broncos as the NFL team gear up for the new season.

Wilson’s family supported the quarterback at a press conference back in March, his first after signing with the Super Bowl-winning team. “My goal is to play 10 or 12 more years and hopefully win three, four more Super Bowls, that’s the plan,” Wilson previously told ESPN of his plans for the Broncos. “That’s the mindset. That’s why I came here, to finish my career here and hopefully finish on top as a champion. And do it multiple times.”

That’s not all Wilson has planned for the future. During a March 4 appearance on “The Ellen DeGeneres Show,” he offered Ciara a big proposal about expanding their family. “Can we have more babies?” Wilson asked down on one knee. “Just give me one more, at least.” The mom of three burst into laughter before agreeing to his request, so hopefully we can expect another baby Wilson soon!

Check out photos of Ciara and Wilson’s night at the ESPYs ahead.