Civic Leader and Trump Supporters Come Together During Vigil 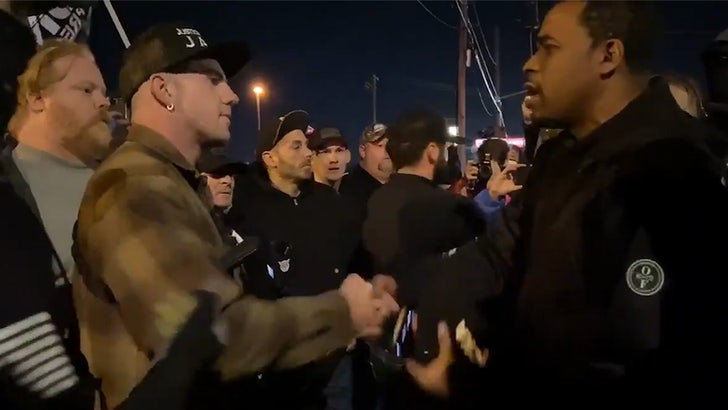 This is something you don’t see every day … Trump supporters and people protesting against excessive police force coming together and even shaking hands.

It went down Friday night in Vancouver, Washington, where a vigil was underway for Kevin Peterson, Jr., who was shot and killed the day before by police.

Approximately 1,000 people showed up for the vigil, as did Trump supporters … some of whom were armed.

The guy — who said he’s not a member of Black Lives Matter — almost seemed like he had a PhD in de-escalation, because he handled things brilliantly, asking the Trump supporter to respect the vigil just the way he would expect others to act if the shoe were on the other foot.

Cops were not at the vigil, but it was handled … well.