CNN Called Out for Andrew Cuomo 'Love-a-Thon' – on CNN 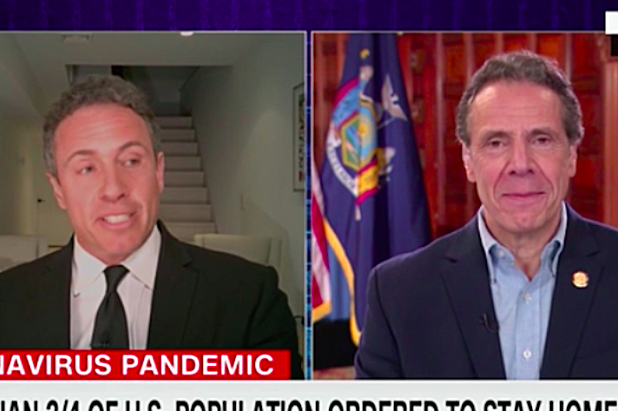 CNN got a heap of criticism thrown its way when it was called out on one of its own shows for signing off on its primetime host Chris Cuomo’s numerous interviews with his brother, New York Gov. Andrew Cuomo, last year but “suspending them now that the governor is in the midst of a scandal.”

Washington Post media critic Erik Wemple was part of a panel on Brian Stelter’s “Reliable Sources” Saturday to discuss the latest developments in the growing Cuomo scandal, with the governor this week refusing to answer calls to resign and calling them a sign of “cancel culture.” When asked by Stelter about his thoughts on the media’s coverage of Cuomo, Wemple praised the work of New York newspapers like the New York Times, Albany Times-Union and the New York Post for their investigative work, saying that it “undoes the right-wing conspiracy theory” claiming that mainstream media outlets don’t hold Democrats accountable.

But then he turned his attention to CNN, criticizing the network for allowing multiple “love-a-thon” interviews last year between Gov. Cuomo and his brother, CNN primetime host Chris Cuomo, when the COVID-19 pandemic was escalating and Cuomo’s popularity was rising thanks to his nationally televised daily briefings on the crisis.

Two weeks ago, as Gov. Cuomo sank deeper into scandal, Chris Cuomo opened the show saying he would not be able to cover those scandals because of conflicts of interests, something that Wemple called out as a double standard.

“They suspended the conflict of interest rule for Chris Cuomo for those interviews, yet all of a sudden they’ve enforced it again now that Andrew Cuomo is in the midst of a historic scandal in the Albany statehouse,” he said. “It is a major black eye for this network.”

The governor has been accused by several women of sexual misconduct and harassment, as well as of falsifying COVID-19 death rates in nursing homes. The accusations have led to growing calls among New York Democrats for Cuomo to resign, with Senate Majority Leader Chuck Schumer and Sen. Kirsten Gillibrand joining the vast majority of the state’s Congressional delegation this weekend.

“Due to the multiple, credible sexual harassment and misconduct allegations, it is clear that Governor Cuomo has lost the confidence of his governing partners and the people of New York,” the Democratic senators wrote in a joint statement on Saturday. “Governor Cuomo should resign.”

Watch Wemple’s remarks in the clip above