Home » Celebrities » Cody Simpson, 24, Practices In A Speedo As He Preps To Compete In Australian Swimming Championships

Cody Simpson, 24, Practices In A Speedo As He Preps To Compete In Australian Swimming Championships

Cody Simpson showed off his buff body when he wore a green speedo before getting in some swim time after qualifying for the Olympic trials four months ago.

Cody Simpson, 24, was looking more in shape than ever during his latest swimming practice. The singer and swimmer went shirtless while wearing a tiny green speedo and goggles as he geared up to compete in the Australian National Swimming Championships, which take place this week. He stretched his arms out behind him as he lifted his buff chest while standing in front of the pool at one point and appeared focused and determined to show off his impressive skills. 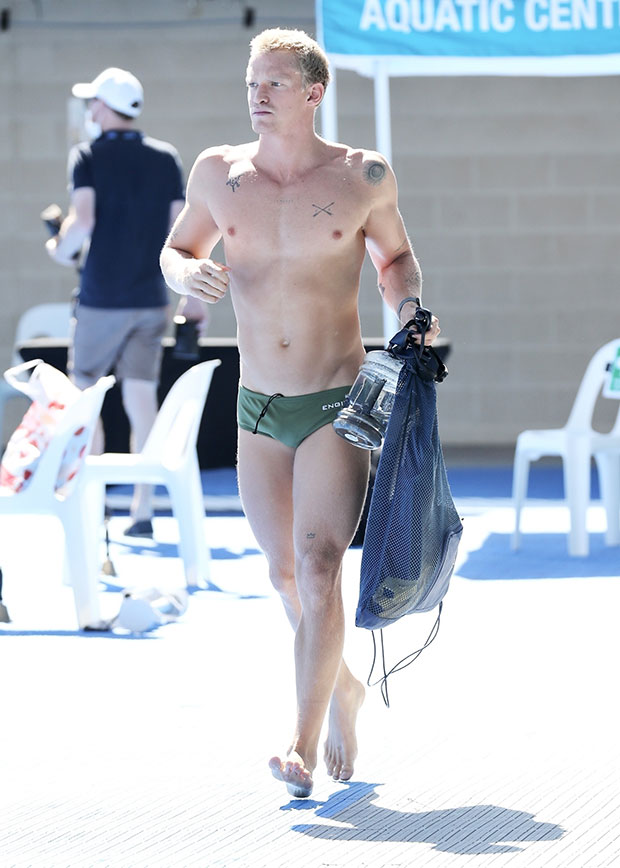 Cody was also spotted chatting with swimmer Emily Seebohm, 28, who is an Olympic medalist, as they both practiced with their trainers on Australia’s Gold Coast. His serious expression and fast moves while swimming in the pool while wearing his swim cap seemed to prove he’s ready to take on the challenge of the competition and giving it his all. 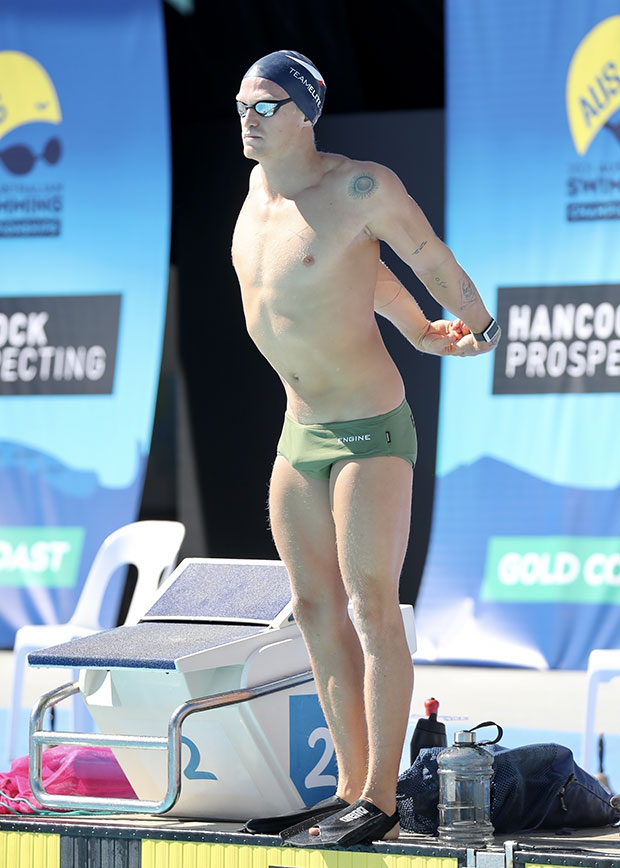 Before he was photographed at his latest practice, Cody announced that he qualified for the Olympic trials back in Dec. He shared a photo of himself with his arms lifted and a look of confidence on his face as he wore just blue swim shorts and a white swim cap with goggles. In the caption, he revealed the progress he made after being in the water again for “only five months.”

“I’d love to share this personal milestone and let you in on my current journey as an athlete that I’ve kept relatively low key until now,” he began in the post. “Growing up competing, and then inevitably having to cut my career short as a 13 year old Australian champion when I received an opportunity in music that I couldn’t refuse. I have had the chance to experience and learn so much as a musician from touring around the world, releasing albums, performing on Broadway, publishing a work of poetry, traveling with and speaking at the United Nations on environmental and oceanic matters and much more. For this I will be forever grateful.”

“Now almost exactly 10 years later, here I am poolside once more,” he continued. “For years I had been fuelled by the silent fire in my stomach of returning to the sport of swimming, with the idea that 2020 would be the year I’d try training again. After only 5 months back in the water with my incredible coach @hawkebr, I was able to qualify for next years Australian Olympic trials in the 100 fly. It is my greatest ambition in life to expand the limit and perceived notion of what’s possible for someone to achieve in a single lifetime, and I’m here to tell you can do absolutely ANYTHING if you are willing to work for it.”

When Cody’s not spending time swimming, he’s taking in the joys of his relationship with girlfriend Marloes Stevens. The confirmed their romance in Dec. and have been seen on numerous outings since then. One source previously told us that the lovebirds are doing well and are really happy to have found each other. “There was this instant spark when they first met and a lot of times that fades away after a few dates, but the connection just kept growing stronger,” the source told us EXCLUSIVELY. “Cody and Marloes have grown really comfortable with each other.”