Colonel Tom Moore is reportedly set to host a star-studded bash to celebrate his 100th birthday after the coronavirus lockdown ends.

The war veteran is said to be planning to mark his centenary with hundreds of guests gathered in a marquee at his home in Bedfordshire.

Among those set to perform at the celebration is Britain’s Got Talent magician Richard Jones, who himself served in the military as a member of the Parachute regiment. 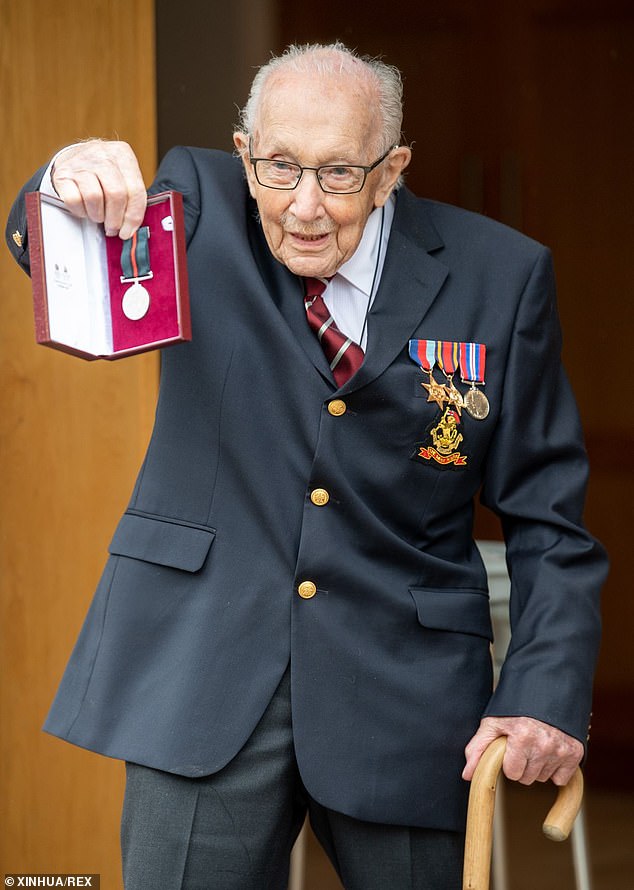 Hero: Colonel Tom Moore is reportedly set to host a star-studded bash to celebrate his 100th birthday after the coronavirus lockdown ends

A source told The Sun: ‘There are acts who are going to perform and Richard’s army link made him an obvious choice. He’s going to be teaching Tom a few magic tricks.’

A spokesman for Richard also told the newspaper: ‘As a Lance Corporal and Queen’s Guard Richard and Captain Tom are like-minded souls when it comes to military service.

‘Richard has confirmed he will be meeting with Tom at the first opportunity to celebrate his 100th birthday.’ 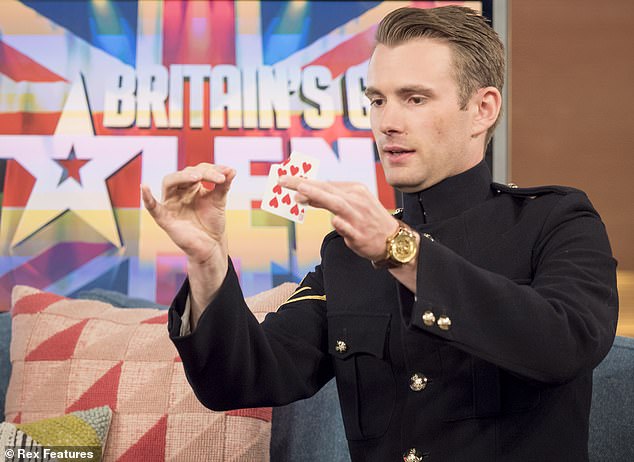 Slight of hand: Among those set to perform at the gathering is Britain’s Got Talent magician Richard Jones who himself served in the military as a member of the Parachute regiment

Colonel Tom celebrated his birthday in a more sedate affair last week alongside daughter Hannah, 49, her husband Colin and their two children Benjie, 16, and Georgia, 11.

His oldest daughter Lucy was unable to travel from her home in Reading to join the celebration but did make a virtual appearance via video-call.

The 100-year-old was promoted from Captain to Honorary Colonel last week after he raised £32million while walking 100 laps of his garden.

He now holds the Guinness World Record for the most money raised by an individual on a sponsored walk in the UK. 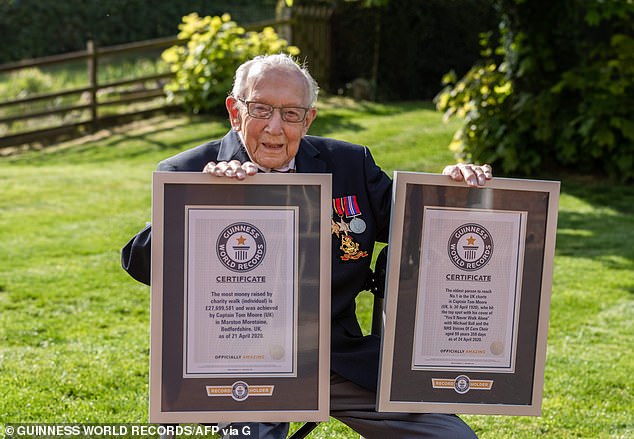 Well done Tom! The war veteran posing with his two certificates after he broke the record for the most money raised by charity walk and becoming the oldest person to reach No.1 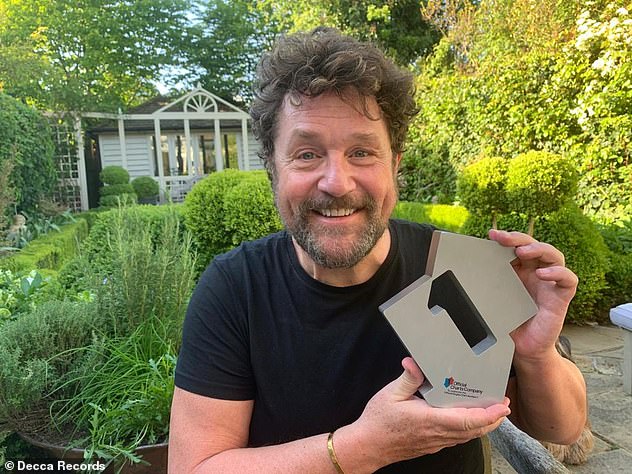 Number one! It is also the first time that Michael has ever managed to bag a No.1 single

Colonel Tom also marked his birthday by achieving a second world record for the oldest person to have a Number One single in the UK chart following the success of his duet with Michael Ball.

Speaking from his home at the time, the war hero said: ‘What wonderful news to receive today, a No.1 single and a record breaker too – my grandchildren can’t believe I am a chart-topper!

‘I have to thank Michael Ball, the NHS Voices of Care Choir and everyone behind the scenes, who shared their talents and expertise in order to raise money for the NHS, to whom we owe so much.

‘And, of course, the public for buying the single and donating – we’re in this together, and I am forever grateful for your support. And this just proves ‘You’ll Never Walk Alone’.

A star-studded cover version of the Foo Fighters track Times Like These, which features Dua Lipa and Chris Martin, has since knocked Colonel Tom off the top spot. 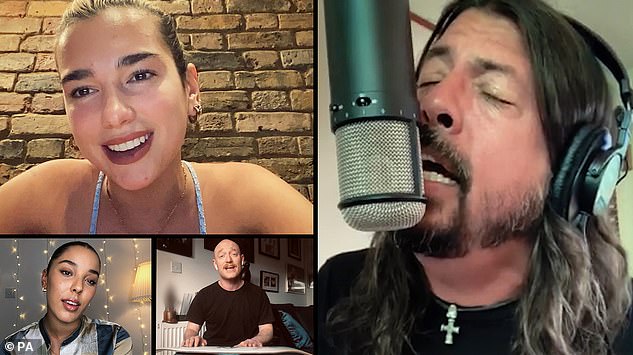 Number one: A BBC Radio 1 Live Lounge cover of the Foo Fighters track Times Like These feauring Dua Lipa and Dave Grohl has claimed number one this week