Daniel Radcliffe is weirded out by Rupert Grint becoming a dad

The actors pretty much grew up together playing the titular character and his BFF Ron Weasley in eight movies, based on the children’s books by J.K. Rowling.

Daniel, 30, revealed that he messaged Rupert to say congratulations when he heard he was going to be a dad.

In a video call with Watch What Happens Live, the star said: ‘I texted him the other day and said I was so happy for him and it’s very very cool.

‘It’s also like super weird, for me, to think that we are all at the age where we are all having children, but we definitely are.’ 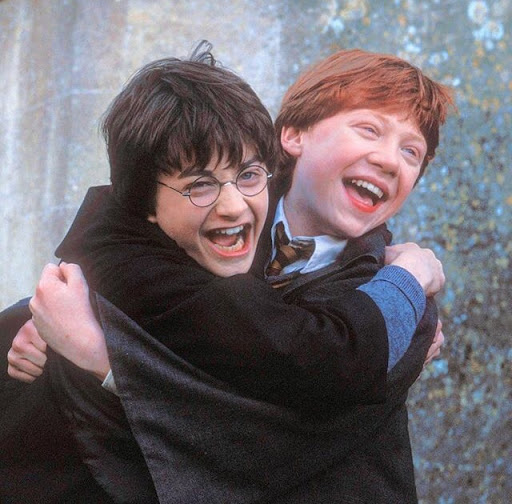 He also described Rupert and his other co-star Emma Watson, who played Hermione Grainger, are blunt reminders that they are all getting older.

‘I remember when I turned 30 I remember a lot of people in my life were really depressed to find out that they’re lapped.’

‘We would please ask that you respect their privacy at this very special time.’

He is the first star out of the main Harry Potter trio to become a parent.

Daniel previously told the Inquirer about Rupert’s impending arrival: ‘I’m incredibly happy for him. He and Georgia have been together for a while. It’s really exciting. It is crazy to think because it’s in my head. It still feels like we’ve basically just met and we are about 16 years old.’