Home » Celebrities » David Grant and Carrie Grant on myths surrounding adoption: ‘We thought we were too old’

David Grant and Carrie Grant on myths surrounding adoption: ‘We thought we were too old’

The inextricable bond between a mother and her baby begins with conception, ­deepens during pregnancy and lasts a lifetime. But what if your child is adopted and that crucial biological link is missing? For Carrie Grant, already a mother of three children, her adopted son’s initial rejection of her was difficult. “He would jump on his dad and put his arms around his neck but literally put his hand in my face every day,” says Carrie who with her husband, David, welcomed son Nathan, now 10, into their family when he was two. “We naively believed during the adoption training that our love would solve all the problems,” Carrie, 55, says.

But while Nathan instantly adored David, he did not want to know Carrie. She says: “He had never been around men or any black people so David was an unknown quantity who Nathan found it easy to bond with. I was mummy ­number five – and it took years.”

One of her lowest points was about six months in. “I was feeling rejected. It’s not an easy journey and you have to really remember that you are the adult and not a rejected child yourself.” Happily as time elapsed, so did Nathan’s trepidation. “Now he literally smothers me in the morning,” Carrie beams.

The talent show vocal coaches say their youngest child is a “chatterbox” with an insatiable curiosity about the world but, when he arrived, he would hide behind the sofa any time he fell over “because he felt so deeply ashamed about feeling weak”.

Carrie adds: “Over several years that became walking backwards and reversing into me – he wouldn’t look me in the eye, he wouldn’t cry and he would just stand there wanting affection. Now, he will run at me, jump on my lap, look at me and cry. Those are tears I waited so long to see and I treasure them.”

Nathan has attachment issues and attention deficit hyperactivity disorder (ADHD), and had a traumatic start in life so built walls for protection. It has taken time and patience for him to feel safe enough to embrace his vulnerability.

“When you’re parenting a child who is not adopted, you do not think about such things,” Carrie says of the important milestones. “But in our house, they are small wins symbolising a huge journey. They are the most amazing breakthroughs.”

She and her husband of more than 30 years, as warm in person as they are on screen, are sharing their experiences for a national awareness campaign – #YouCanAdopt –aimed at encouraging more people to adopt. 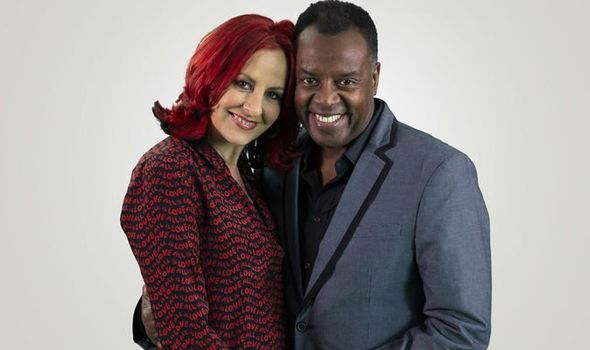 They want to bust some common myths. There are about 3,000 children in England on the waiting list for a family, but a third of people who had considered adoption believed they were not eligible to do so. “It’s love, commitment and care that matters,” says David, 64. “You are basically having a child. It’s just you didn’t give birth to them.

“We thought we were too old but age isn’t significant. We thought as a black and white couple we would have to adopt a mixed-race child, but no.

Race, religion, ethnicity, sexuality and age are not important.” David and Carrie’s ­biological children also have complex needs – Actor Olive, 25, has ADHD and dyspraxia, Hollyoaks star Talia, 18, is autistic and Imogen, 14, is autistic and has ADHD.

“We didn’t set out to be adopters and we were not desperate for another child,” admits Carrie. “It was not on our radar until we were offered the chance to adopt Nathan and we realise that may be the case for others.”

A family friend who has fostered 80 children made the approach.

“She told us that she had this amazing child who was coming up to 18 months old and, if he didn’t get out of the system within the next six months, his chance of doing so as a child of colour was one in 60,” says David. “The odds were stacked against Nathan because he was male, about to turn two and was mixed race.”

In one respect Carrie says it was “in for a penny, in for a pound” regarding their decision to add a fourth child with behavioural challenges into their close-knit family. Each child requires ­“specific” parenting so Carrie and David “shapeshift” around their needs instead of applying a one-size-fits-all model.

In a lovely coincidence, Nathan had unknowingly been given their children’s pram and cot after they donated it to a family friend. They felt it was a sign but made sure to sit down Olive, Talia and Imogen individually first.

“If any of them had objected or been reluctant in any way, we wouldn’t have gone forward with it,” says David.

He and Carrie recognise that Nathan is on a lifelong journey of support.

There are days when he screams and stomps upstairs but the change in him overall is huge. They have since convinced friends to adopt.

“We did not realise the difference it makes not just to the life of the adoptee but to the adopters,” David adds. “It transformed our lives in so many ways. You don’t have to be a super person. It’s something most people can do – it’s about having room in your heart.” 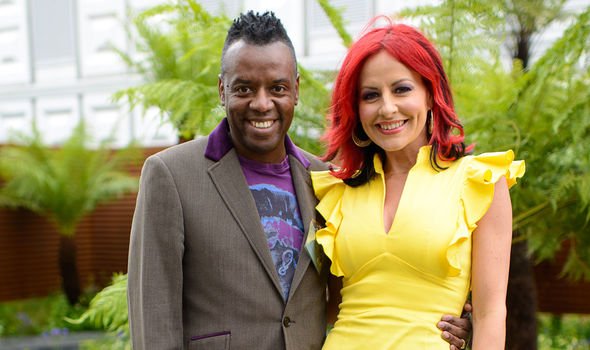 We call ourselves a proud family of boys. We adopted our sons almost seven years ago when they were four and five.

The family-finding process took about two years because we found same-sex families were not that visible at the time so we struggled to find in-depth real-life accounts reflecting us.

That is why we’re keen to help more LGBTQ people become parents today, and why I run the successful Daddy and Dad blog, which helps prospective adopters visualise the process.

Tom and I met when we were 21 and decided to start a family after a decade together. We loved looking after our nephews and it left a void in our lives when they moved abroad in 2011.

We knew we wanted to adopt siblings and had a good feeling about the boys.They had a cheeky photograph and they looked a little like our nephews.

When we met them, Richard was dressed smartly with a cute hairstyle. In a surreal moment, I put out my hand to shake Lyall’s and said, “It’s great to meet you Lyall, I’m Daddy!”

The boys arrived two weeks later and were homesick at the start. There were some bedtime tears.

Richard was incredibly shy and needed intensive speech therapy but we made a real effort to help him socially and it paid off because he was really confident walking into the classroom on his first day at school.

When our kids are asked by someone in the supermarket, “What’s your mum doing today?” they are proud to reply, “We have two dads.” Adopting is not an easy ride but it is so much more rewarding and magical than it is difficult. 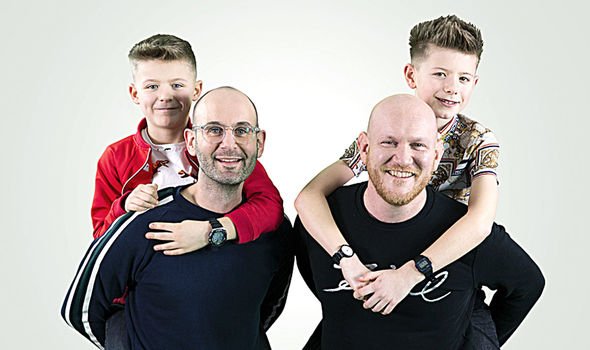 Richee, 37, and wife Vicky, 35, adopted son Roman, 10, five years ago. They live near Halifax in Yorkshire

Roman: Vicky and I met as teenagers and got married in 2011. I was adopted by my father but believed he was my biological dad until I was 21. It seeded the idea of adoption in my mind.

We’re preferential adopters meaning we chose to adopt even though we can naturally have children.

We had wanted a child aged three or under but after watching a video about a five-year-old boy, we realised how much harder it is to place children in permanent homes at that age.

Our adoption journey took about 18 months – unlike now, there were more adopters than children. The process prepares you for being a parent in a way most people don’t when expecting a biological child.”

Vicky: I had suffered depression in the past and was told by one social worker I might not be able to adopt but policies have changed. Mental health diffculties do not prevent you from adopting.

There was an instant connection with Roman. He loved music and cats, and so do we.

Before he arrived, we made him a video showing our house and he played it endlessly to his foster mum.

Abandonment has been a big issue for Roman. When he arrived he was anxious and did not take calculated risks but now he is con dent.

We’re his family and he is our son. Richee and him are like two peas in a pod.They’re both drummers and both are absolutely bonkers. It’s almost like he always belonged with us.

We definitely plan to adopt again. Roman would love a little sister. 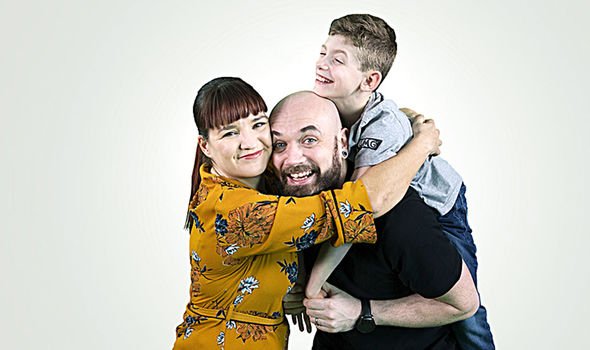 We know adoption is not for everyone but it’s always worth considering.

My husband and I are in our late 40s and got married just before I was 40. We wanted a family and hoped it would happen naturally but, after four attempts at IVF, sadly things did not work out.

Adoption was the next route but my husband was against the idea at the start.

He could not get his head around how he could love a child that was not biologically his.

It was a struggle and had many conversations. We now have two girls who were both adopted as babies.

It felt so natural the day we picked up our eldest and brought her home. My husband is totally smitten with both girls and is the best dad you could ask for.

I’m working at the moment and he’s cared for them the whole way through the Covid-19 pandemic.

This year we’ve grown fruit and vegetables in our garden and cooked together, which the girls have enjoyed.

Our children both know they didn’t come out of mummy’s tummy.

There will probably be questions in later life but we will always be open about things. I can’t imagine not having them in our lives – they are our life and are amazing.We consider ourselves blessed.