EXCLUSIVE: When John Cabrera was face-to-face with Dorothea Puente for the very first time, he saw a sweet grandmother – not a serial killer.

“I was taken aback,” the retired Sacramento Police detective told Fox News. “I was bewildered as I began talking to her.”

The case of the “death house landlady” is being explored in a new true-crime documentary on Oxygen titled “Murders at the Boarding House” as part of the network’s “Serial Killer Week.” The two-part special features never-before-seen footage from Puente’s police interrogation, as well as interviews with the key players from the investigations.

According to investigators, the Sacramento boarding house operator had a Victorian-style home where she welcomed “shadow people” – also known as the elderly, alcoholics, as well as the disabled. They said she used drugs to overdose her victims and then collected their government checks. Prosecutors said she took in $87,000 and spent it on a facelift, among other things.

“She appeared as a loving grandmother who took care of her community,” Cabrera explained. “Social service organizations and humanity leaders looked at her and respected her for what they believed she was doing in her neighborhood and community. She would reach out to people who needed help and provided a home and care. She continued to conduct herself in that manner and no one suspected anything.”

“She extended her arms to everybody in a loving way,” Cabrera shared. “But in reality, she was killing them. She had a black heart.” 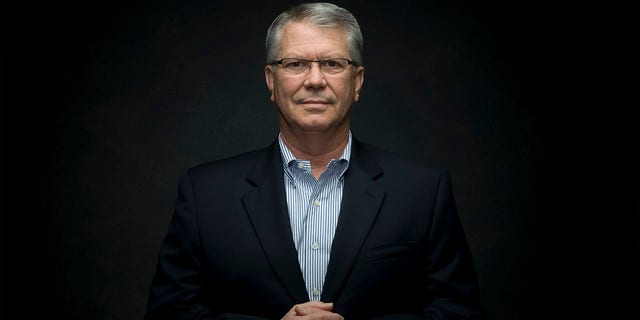 Detective John Cabrera was one of the main officers involved in the boarding house case.
(Photo by Jose Luis Villegas/Sacramento Bee/Tribune News Service via Getty Images)

Puente was arrested in 1988 after authorities found the bodies of seven people buried in the yard of her boarding house. All seven, as well as two others buried elsewhere, had been her tenants. The victims ranged in age from 52 to 80 and died from 1982 to 1986. Without family or friends to notice they went missing, Puente was able to get away with her crimes – at least in the beginning.

“She took in people that were hard to place,” said Cabrera. “A lot of the board and care houses didn’t want to have to deal with these issues, like alcoholic problems. So she took them in and made it known to those agencies. That’s the type of people she was willing to take in. And of course, that was great for everyone. She was taking in people with little to no families who were on Social Security or some other type of income. So people didn’t come by and ask what happened to those individuals when they went missing.”

At the time of her crimes, Puente was on parole at the time for an unrelated earlier conviction involving drugs to rob elderly victims, the Los Angeles Times reported. According to the outlet, she was arrested in Los Angeles, where she had fled when the bodies were discovered. A man she met at a bar recognized her and turned her in. 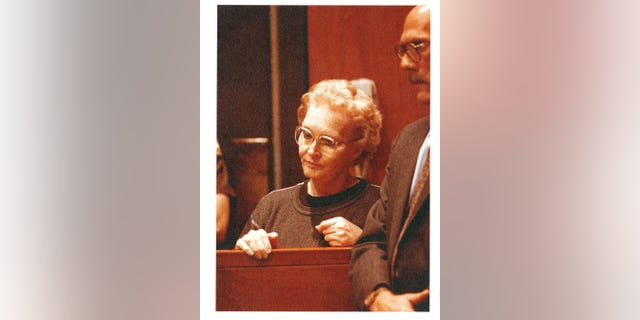 Dorothea Montalvo Puente was the Sacramento landlady convicted in 1993 of killing three of her tenants to collect their government checks and burying them in her backyard.
(Oxygen)

Cabrera admitted he was stunned to discover so many bodies on the property.

“I had no idea what I was going to find,” he said. “We kept digging and they just kept coming up. I remember thinking to myself, ‘We have a graveyard here.’ The seventh victim was only a few feet away from the sidewalk. It was just a big shock of how she could fit seven bodies in such a small yard without ever having a witness to what she was doing.”

The documentary explores how there was a backlash by the public and the media when Puente escaped after investigators discovered the bodies.

“The biggest misconception is that we allowed her to walk away after we discovered so many bodies and that’s not true,” said Cabrera. “Initially, we just had a bone and she was cooperative. We didn’t have enough information on probable cause to arrest her. Like any other American, you have the freedom to move about unless we have some reason and facts or evidence to show otherwise. There was no probable cause at the time, but it was a sensational case. And when she walked away, it just went completely bonkers.” 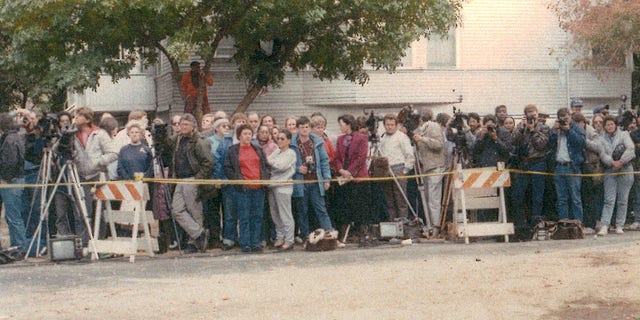 There was a backlash when Dorothea Puente managed to escape from the police. She was found a few days later.
(Oxygen)

Puente denied killing the victims, insisting they died of natural causes, the Los Angeles Times reported. Multiple reports alleged she suffered a troubled childhood that involved alcoholic parents and sexual abuse while at an orphanage.

According to the outlet, her attorneys said Puente didn’t report her tenants’ deaths because she was afraid of violating her parole by running a boarding house that specifically catered to the elderly.

“I remembered giving [Dorothea] her Miranda rights,” Cabrera recalled. “She then looked up at me and said, ‘Mr. Cabrera, I’m sorry.’ I remember looking into her eyes. And for that brief moment, I genuinely believed she was sorry. But I don’t think she was sorry for anything. I think she was sorry because she had gotten caught.” 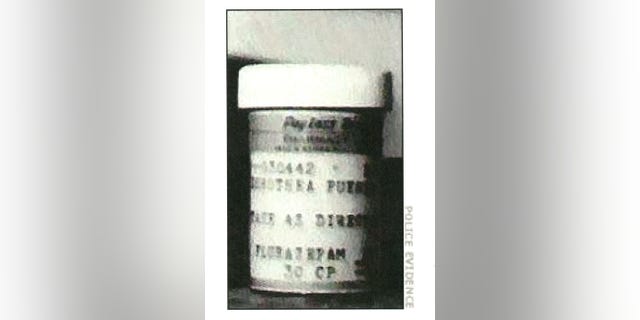 Investigators said Dorothea Puente drugged her tenants, buried them in her backyard and stole their money.
(Oxygen)

Cabrera said there are some people who still believe Puente couldn’t have been capable of committing such heinous crimes. However, he pointed out that the victims cannot be forgotten. He brought up Betty Palmer, a 78-year-old tenant who was found buried in the backyard without her head, hands and feet.

There was also Vera Faye Martin, a 64-year-old resident of Puente’s boarding house who investigators believe was buried alive. Patterns in the dirt around her body implied she may have been attempting to claw her way out of the shallow grave, the network noted. Her wristwatch was reportedly still ticking when she was discovered.

And there are the others whose lives were lost: Ruth Monroe, Everson Gillmouth, Dorothy Miller, Benjamin Fink, Leona Carpenter, Bert Montoya and James Gallop. 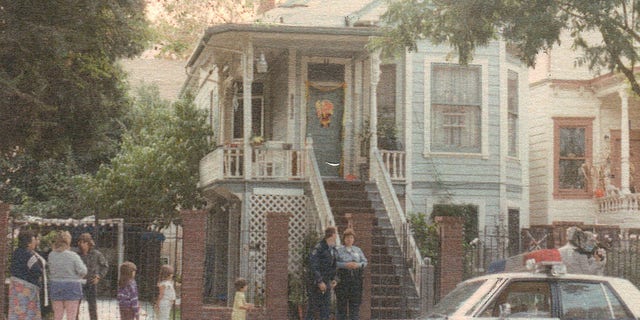 John Cabrera admitted he was stunned to find so many bodies buried.
(Oxygen)

“Did someone help her?” said Cabrera. “We always believe that there was someone who might have helped her. We do know that she actually used some of the tenants to dig some of the holes. We know she hired other people… But whether those who dug the holes ended up in them? Did they dig their own graves? I couldn’t say. She was really good at using other people to get jobs done and taking advantage of them.

Puente passed away in 2011 at the Central California Women’s Facility at age 82 from natural causes. At the time, she was serving two life sentences and a concurrent 15-year-to-life sentence. While Puente was initially charged in nine deaths, the jury didn’t reach verdicts in six of them.

Cabrera said the one lesson viewers will learn from the documentary is the classic and true saying – never judge a book by its cover. 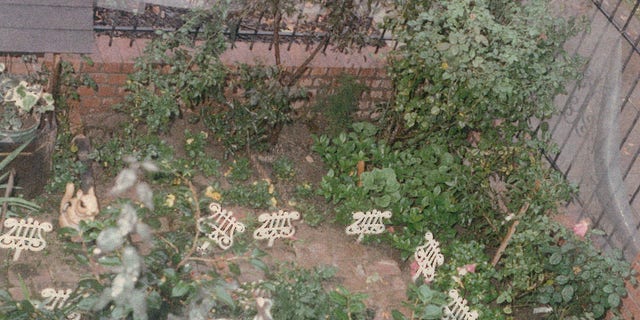 John Cabrera warned viewers not to judge a book by its cover.
(Oxygen)

“If you’re allowing someone to take care of your loved ones, make sure you ask a lot of questions,” he advised. “Do your research. Check their backgrounds. If you’re placing a loved one in a facility, find out how many complaints they’ve experienced or if it’s been under investigation. Don’t leave your loved ones out to the sharks.”

Part 2 of "Murders at the Boarding House" airs Sunday, April 18 at 7 p.m. ET. The Associated Press contributed to this report.