Demi Moore has shown off a strikingly different look as she made a surprise cameo at Fendi's Spring-Summer runway show in Paris.

The actress, who self-isolated with ex Bruce Willis during lockdown, sparked speculation she had gone under the knife as she looked recognisable as she walked the runway.

She was joined by Kate Moss and her daughter Lila as she made her runway debut.

The 58 year old appeared to have higher cheek bones and a plumper pout, which left fans confused about whether it was a result of surgery or make-up. A Twitter user wrote: "Freaked out by Demi Moore's new look in the Fendi runway show. Why, Demi, whhhyyyy?!" [sic]

"Demi moore plastic surgery! That's a shame! I wish women would allow themselves to age gracefully. It's so much more attractive than when they start messing with their face," another person expressed.

A third fan supported the star and said: "If Demi Moore is happy with her new look, then bravo. If she's not, I hope she can still "see" the beautiful Demi she is on the inside and truly embrace herself."

While a fourth added: "what did demi moore do to her face?!?!" The mum-of-three previously spoke out about her body insecurities and how she was trying to embrace who she was.

Speaking to the Mirror in 2019, she said: "Gravity is going in some directions I'm not fond of.

"I can look in the mirror occasionally and say, 'You're lying, I don't look like that.'

"But I feel for myself it's about acceptance… embracing it and no longer looking for what's wrong – just being accepting of everything," Demi explained.

The brunette star made a name for herself when she began her career in the movies in 1981. 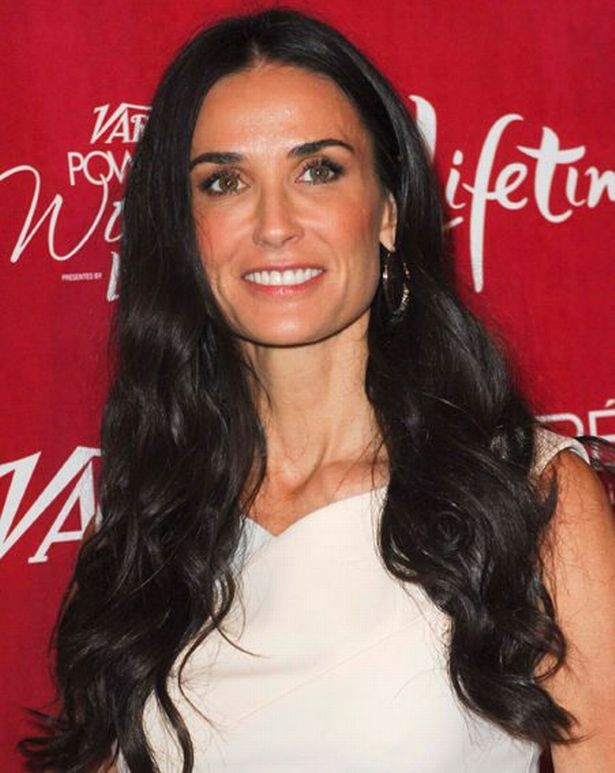 She went on to star in several successful films such as Ghost, Indecent Proposal, G.I. Jane and the Austin Powers films.

Demi has also been in the spotlight for her high-profile relationships including her marriages to fellow actors Bruce Willis and Ashton Kutcher.

OK! Online have reached out to Demi's representatives for comment.