“It was beautiful,” the actor, 66, told People on Wednesday, June 24, of the low-key ceremony, which only the couple’s pastor attended. “Just looking into her eyes, she was the most stunning bride.”

The magazine reported that Quaid and Savoie, 27, exchanged traditional vows and Bulgari rings. The groom wore a Hugo Boss suit, and the bride wore a Chosen by One Day gown. 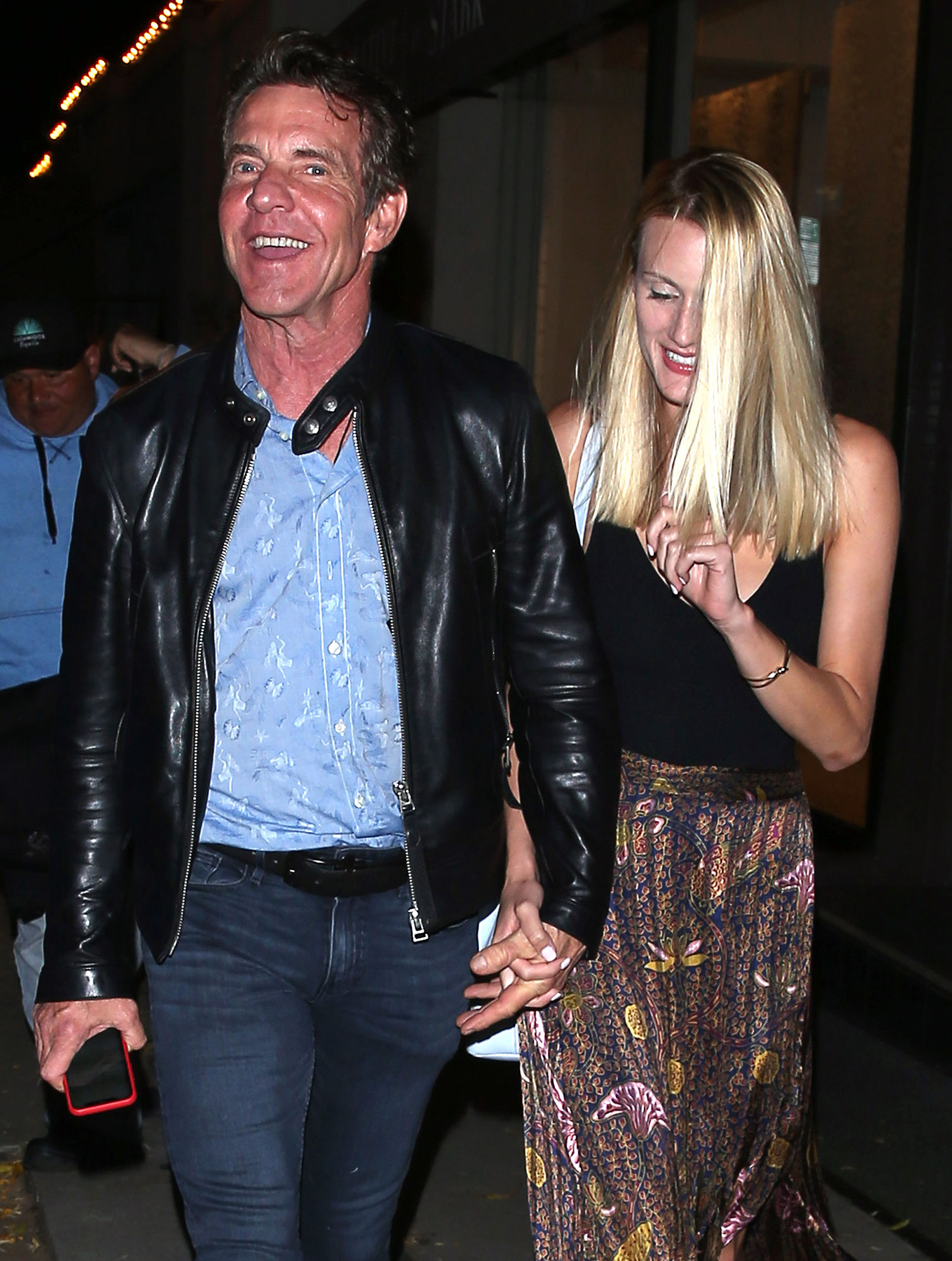 Us Weekly broke the news that the couple started dating in May 2019 and got engaged that October. They initially planned to wed in Hawaii in April and hold a second reception for friends and family in Nashville, but their plans changed due to the COVID-19 pandemic.

“I just love who she is as a person,” Quaid told People of the doctoral student. “Her character, her intelligence, of course her beauty. And her point of view of the world.”

Savoie, meanwhile, gushed, “[I have] never met someone who is so in love with life. It’s like nothing can bring him down. Just getting to do life with someone who lives that way is inspiring for me. It changes my perspective and it brings so much joy to every day.”

The “Dennissance” podcast host told Us exclusively in April that being quarantined with the St. Louis native amid the coronavirus outbreak was “the best pre-marriage training you could possibly have.” He also noted at the time that they wanted to “get married first” before considering starting a family together.

When news of the pair’s romance first broke, social media users were quick to point out their age difference. However, Quaid was not bothered, telling The Guardian in November 2019, “I didn’t go out looking for an age gap or someone really younger than me. I met her at a business event and then the relationship developed. You have no control over who you fall in love with.”