Escape to the Chateau: Dick Strawbridge carries a hot tub

Escape to the Chateau has proved it has international appeal after Hollywood star Kirstie Alley, 70, tweeted she loved the show. Responding to the news, Dick Strawbridge, 61, was quick to thank her for her support.

Fans in the UK have loved Escape to the Chateau ever since it began back in 2016.

The show follows Strawbridge and his partner Angel Adoree as they buy, renovate and redecorate the 19th-century chateau.

The series has been hugely successful on Channel 4 in the UK with seven seasons already broadcast.

However, it seems the series has also won over American viewers as well. 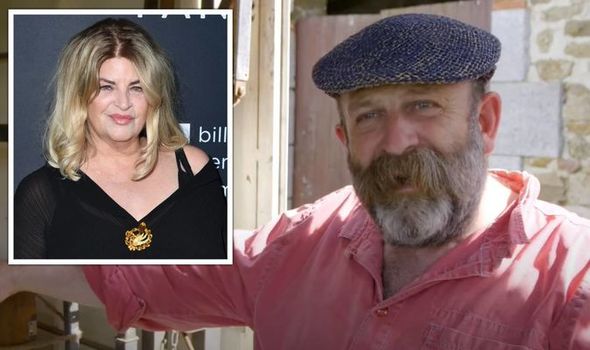 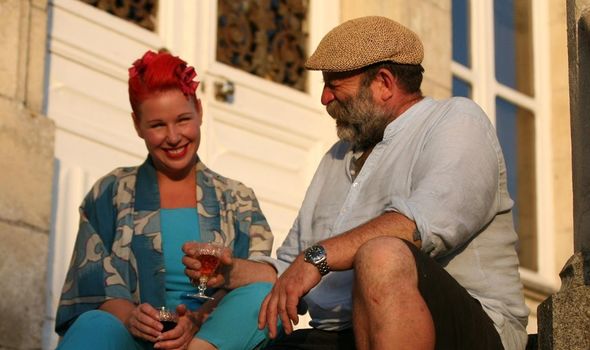 American actor Alley was among those singing its praises recently on Twitter.

Tweeting on March 1, the actor wrote: “My favorite [sic] show on @hgtv right now is Escape to the Chateau.

“But as of March 3 my favorite [sic] will be @JonathanRKnight new @HGTV show Farmhouse fixer. Sorry France!” 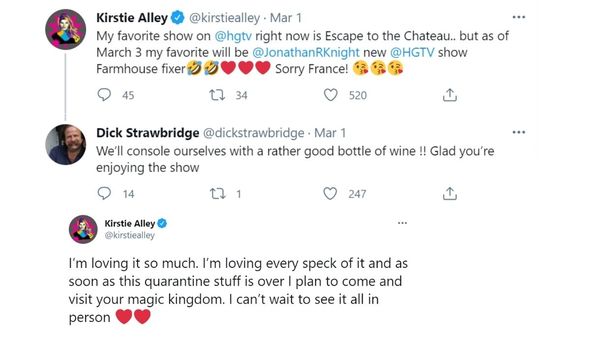 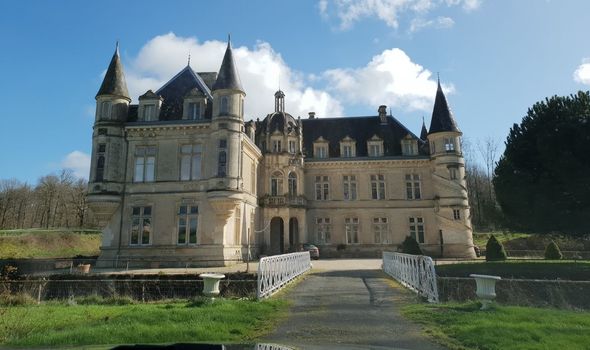 He wrote back: “We’ll console ourselves with a rather good bottle of wine! Glad you’re enjoying the show.”

Alley was quick to respond again, revealing how much she’d love to come and visit.

She tweeted back to Strawbridge: “I’m loving it so much.

“I’m loving every speck of it and as soon as this quarantine stuff is over I plan to come and visit your magic kingdom. I can’t wait to see it all in person.”

As fans will know, Alley is an American actor who has starred in several huge projects over her career.

Her breakout role was as Rebecca Howe on the NBC sitcom Cheers back in the 1980s.

However, she has also starred in Look Who’s Talking, The Last Don and Drop Dead Gorgeous.

UK fans will also recognise her from her appearance on Celebrity Big Brother back in 2018.

While many may not have been expecting her to be a big fan of Escape to the Chateau, it seems the series has fans far and wide.

The latest series of the documentary aired at the end of 2020 as it showed how lockdown had impacted their work.

There has been no news yet over whether there will be an eighth season but fans are hopeful.

The new outings usually air in November each year so viewers will just have to wait and see for now.

Escape to the Chateau is available to stream on All4.