Sean ‘Diddy’ Combs’ looked like a king for his ‘Vanity Fair’ photoshoot, but he was outshone by his ‘princesses’ – daughters Chance and twins Jessie James and D’Lila Star.

Considering the subject, it’s not surprising that Sean “Love” Combs’ photos for the September 2021 issue of Vanity Fair have an air of regality about them. Shot by Carlos “Kaito” Araujo for the publication, Combs, 51, wears a coat by Alexander McQueen; as sweater from Valentino; pants from Dolce & Gabbana;  Clarks Originals shoes; necklace by David Webb; rings by L’Enchanteur and Lorraine Schwartz. He looks like a king, fitting considering all the industries he’s conquered. But, perhaps the best photo is the one of Combs with his three daughters – Chance Combs, 15, and 14-year-old twins D’Lila Star and Jesse James Combs. 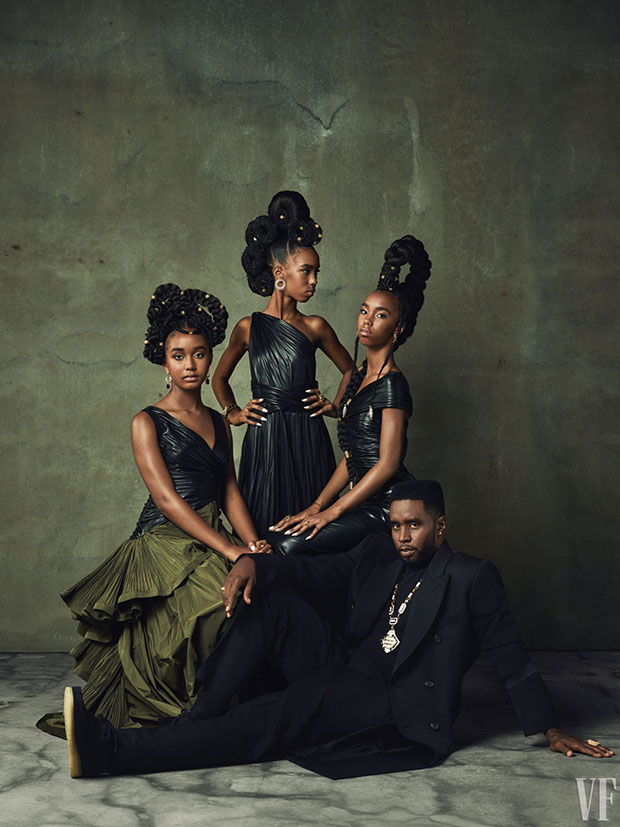 All three girls wear dresses by Maria Lucia Hohan, accessorized with their own jewelry. Styled by Bryon Javar, the three young women shine. For those who have watched these girls grow up, it’s amazing to see them not as “Diddy’s kids,” but as strong, independent, young women. It’s a striking image, making it the perfect companion photo to Tressie McMillan Cottom’s feature for the magazine.

Diddy – or “Love,” as he’s reverted to that nom de plume – and Sarah Chapman welcomed Chance in July 2006. In December of that year, Sean and Kim Porter welcomed the twins. Kim, who passed away in 2018, comes up in the Vanity Fair piece, with McMillan Cottom writing how Combs’ daughters “want him to settle down and get out of these streets.” During the chat, Combs revealed that  Kim was the only woman who could have tied him down. “And so, you know, I had to start to deal with it when I lost Kim,” he said.

“’Cause I was like, man, you had it. I’m not saying I would do any of it differently. God willing—I would have had more time…I look at my life as I got a second chance. I’m on my second mountain,” he adds. Combs also shared that he “wants his daughters to inherit the keys to his kingdom in equal parts with his three sons,” writes McMillan Cottom, referring to Justin Dior Combs, 27, King Combs, 23, and Quincy Taylor Brown, 30, Kim Porter’s son with Albert “Al B. Sure!” Brown III that Diddy adopted. 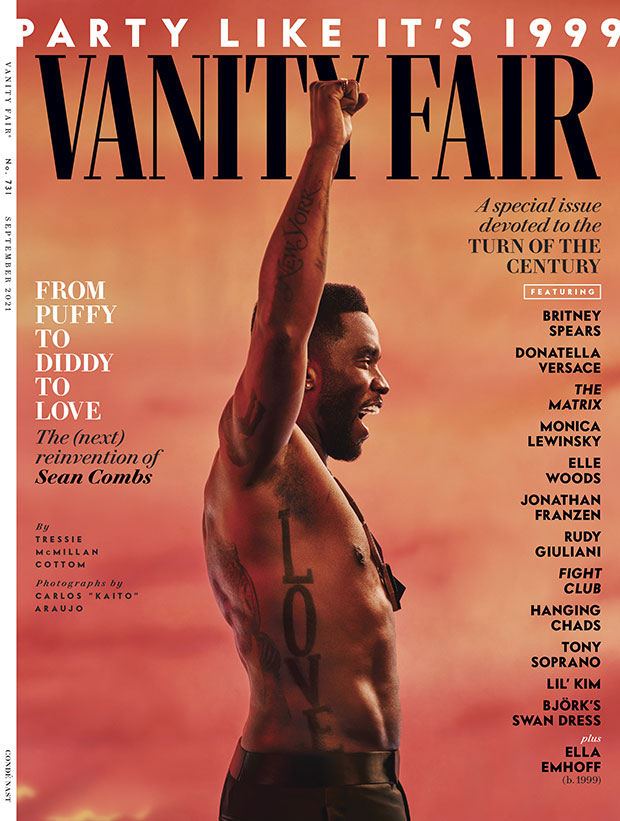 As for his new name, Love, Diddy indicates it’s less of a moniker and more of a calling. “Love is a mission,” he says. “I feel like that’s one of the biggest missions that will actually shift things. But besides that, we—the world—is different… My people taking time to feel like it’s all right to love. Take time to huddle up your tribe, take time to communicate, and know your power. Take time to heal.”