Home » Celebrities » Diego Luna: I have benefited my whole life from the system

Diego Luna: I have benefited my whole life from the system 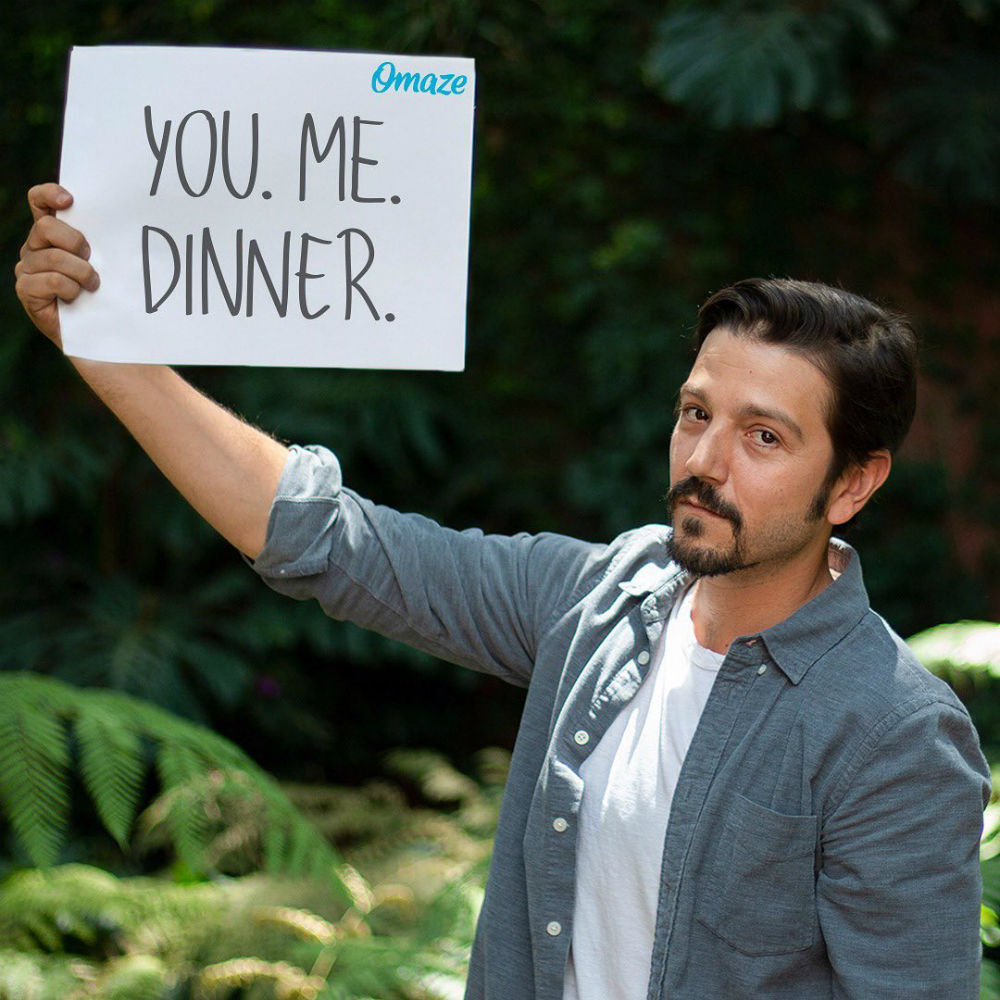 You know how excited I get about Diego Luna in general, but now he has a series on Amazon called Pan Y Circo (Bread and Circuses) which centers around food, the dinner table and vibrant conversation, which just happen to be my favorite things combined in one glorious show! The series, most of which was filmed prior to the pandemic, sees Diego and many influential folks come together to discuss politically charged topics. Diego said he was inspired to do the series because political topics are no longer discussed but become divisive stalemates. Diego’s hope is that people will rediscover the art of discussion and that breaking bread together will facilitate this. And it seems to have worked for Diego at least. He told NPR that he learned how far removed he’d been from the real issues.

On understanding his privilege: It was very interesting because I sat down at that table thinking I was one person and I ended up realizing I wasn’t. … I was fooling myself. And it confronted me with my ignorance and the very little that I do. And it was really interesting, the process, because that happened not just to me, but to the whole team of Bread and Circus.

I sat down at that table saying, I’m not a racist, I’m definitely not a racist. And after half of the dinner, I was like, holy s***, how much have I benefited through my whole life from the system, and how little I have done to fight it!

But it was very interesting to have that reflection, because then the dinner ends, and we come out from the control room. The team comes out, and we sit down and we start talking and we have a mezcal, and we discuss what just happened. And you can realize how these tables ended up transforming all of us somehow.

On the pandemic: We were in post-production. We finished the shooting of the six episodes that Amazon agreed on doing with us. So I sat down and edited it for quite a long time with the team. And we were almost done, and thinking on how to put it out there, when the pandemic happened.

For me, the pandemic happened in a very specific way, very different from most of the people in Mexico. I was in London, and I was about to start working there and I was sent back home. Then I came here [to Mexico]. There [were] no cases, and it was like a different reality, you know, a parallel world where things were still the same for a few weeks.

And then my kids got sick; they were [among] the first cases in Mexico. We were talking about putting the show out, and I was experiencing that and they were sick and I wasn’t. So I couldn’t be close to them without having to protect myself as if I was working at NASA.

So I said, what if we do a show about this moment? And that way we can put all these topics in the table because we’re starting from the point of: If we don’t think about this now, if we don’t do anything about gender violence, about migration, about the climate emergency, if we don’t react now, then what’s the point of all this craziness we’re living? … It was like, oh, my God, I have everything, and at the same time, [if] I can’t hug my kids, then I have nothing.

The trailer for Pan y Circo is here. It’s in Spanish, which I don’t speak. The concept reminds me of Sarah Silverman’s intention behind I Love You, America in that it’s promoting listening to the “other side” even if you don’t agree. I didn’t love Sarah’s show, but I appreciate what she attempted. I’ve long held the belief that the death of honest debate and discussion has been stifling the USA, so this show sounds right up my alley (even removing the I heart Diego factor). I also identify with Diego’s wake-up call about his own privilege. I’ve been on a self-discovery about my own white privilege for a few years now. I’ve been extremely lucky that I have some patient friends who’ve taken the time with me, which I recognize is a privilege too. A short time into my journey, I felt like I’d become so enlightened, I was out there flexing how woke I was. A few years and several eye-opening discoveries into the process, I’m struck by how much I have yet to recognize and how much I’ve benefited. Fortunately I’m at the point, like Diego, that I know enough to listen. Going off the trailer, which I watched without subtitles, it looks like Diego has assembled people with different experiences to really dive deep into his topics. (And Gael García Bernal appears at least once, which always makes me happy.)

The story about Diego’s kids contacting COVID was scary. Even if it was a milder case that didn’t require hospitalization, Diego no longer lives with their mother, so he was likely isolated from them. Could you imagine having to look at your sick kid through a window as they suffer? I assume they have fully recovered. It will be interesting to see how this manifests in the post-pandemic episodes of the show.

You. Me. Dinner in Mexico City at the amazing Pujol. Interested? Show your support for Surgeons of Hope and go to omaze.com/diego #onlyatomaze @omazeworld 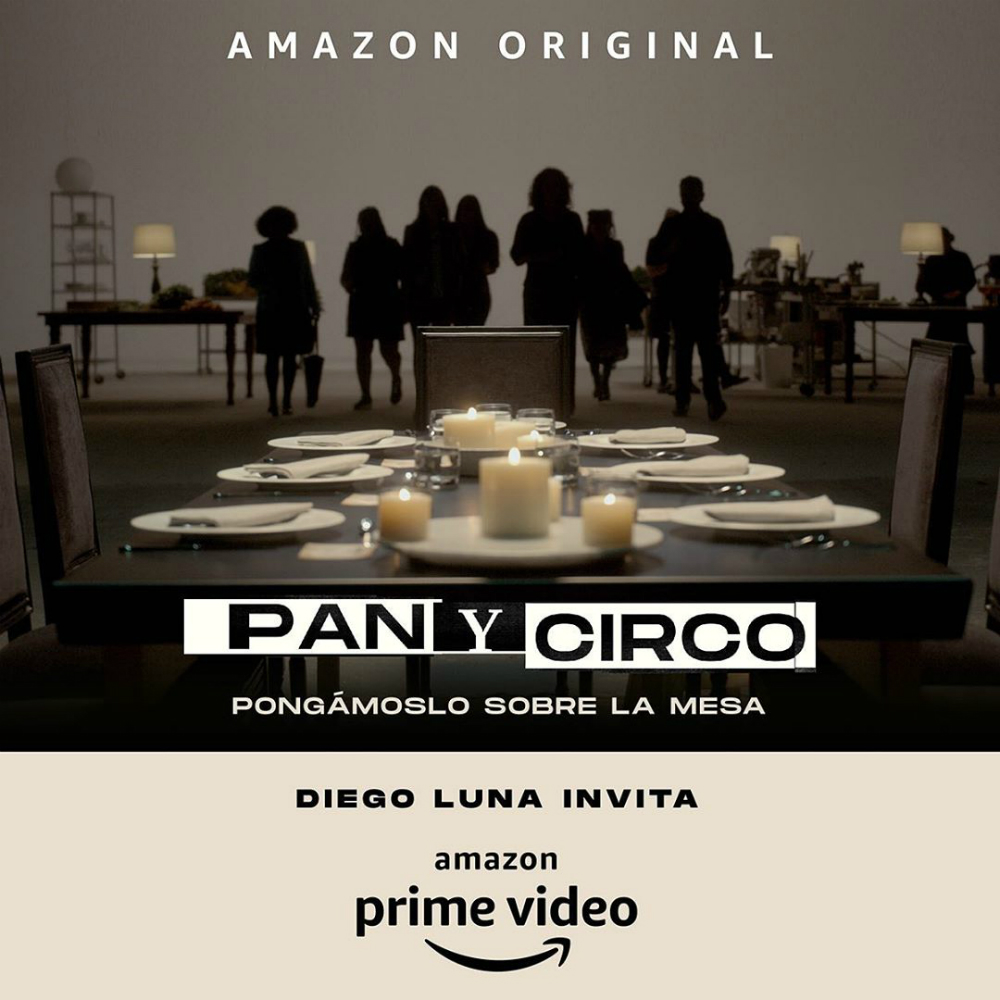