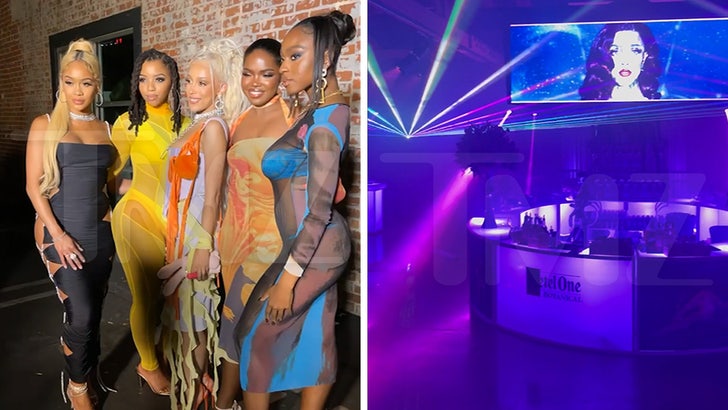 Doja Cat brought her world to Hollywood … with a lavish bash to celebrate her new music.

The rapper threw a star-studded party Thursday night to mark the release of her album, “Planet Her” … and some of the biggest names in the biz were there, looking just as out of this world as the party itself.

We’re also told The Weeknd made an appearance … he’s featured on one of the album’s tracks.

The event looked awesome, with laser ceiling lights, a floating LED screen, a photo booth and all the decor done by Wife of the Party. Doja Cat also got sponsors for her shindig — Ketel One Botanical, Amazon and Beats … because it’s her planet.