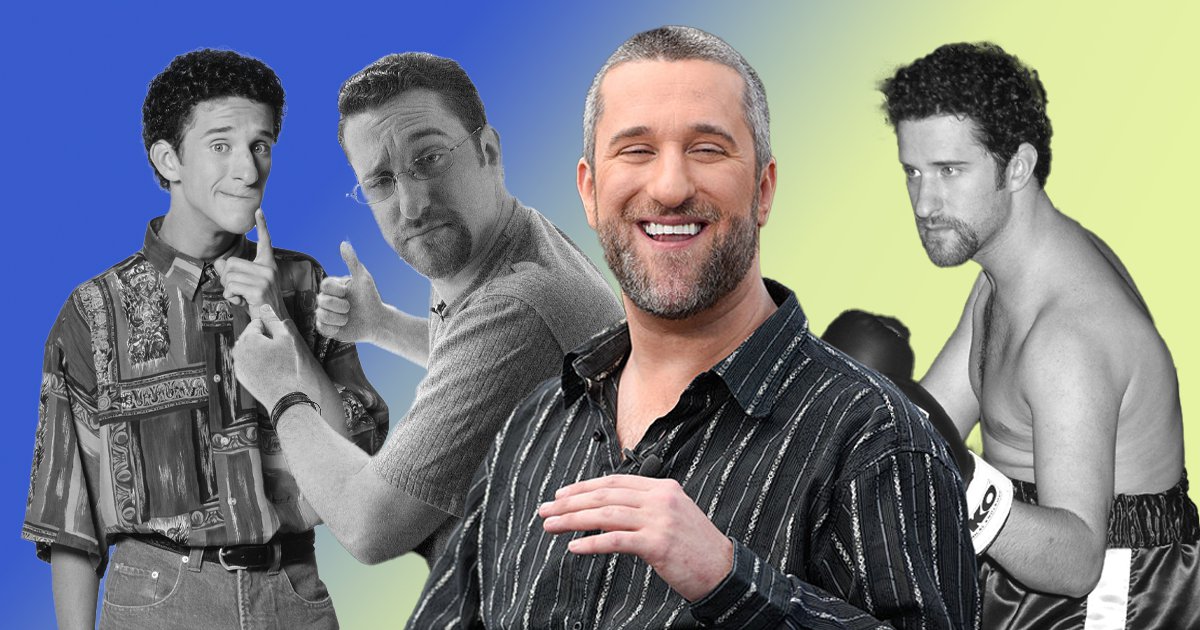 Saved By The Bell star Dustin Diamond has sadly died at the age of 44 after being diagnosed with stage four lung cancer.

The actor had been hospitalised last month after falling ill, and had already undergone his first stage of chemotherapy.

A rep for Dustin confirmed the news to TMZ, revealing that the actor died on Monday.

Dustin began acting as a child, and first rose to prominence playing the role of Samuel ‘Screech’ Powers in the NBC sitcom Saved By The Bell.

Dustin played the role of the much-loved character for almost 13 years, from the show’s beginning in 1988 – when it was known as Good Morning Mrs Bliss – through to its final incarnation, Saved By The Bell: The New Class, which was broadcast between 1994 and 2000.

Following the end of the franchise, Dustin began doing stand up comedy, and toured on and off over the years.

He also appeared in a number of films in the years leading up to his death.

Dustin made cameo appearances in the movies Made in 2001, and Dickie Roberts: Former Child Star in 2003.

He also starred in the independent films Tetherball: The Movie in 2010 and Hamlet A.D.D. in 2014.

Dustin also turned his attention to the world of reality TV, first starring in the second episode of Celebrity Boxing in 2002.

He competed against Ron Palillo, with Dustin winning the match. Ron later finished the bout with black eyes.

Dustin later appeared as a contestant on the fifth season of Celebrity Fit Club in 2007. During his time on the show, he came to heads with the programme’s host, Ant, and its trainer, Harvey Walden IV, as well as some of the celebrities taking part.

With tensions running high between the celebs, this led to an open confrontation in which Dustin challenged Ant to ‘physical combat’, later issuing the challenge to Harvey after he defended Ant.

Prior to this, he had been involved with Memphis Championship Wrestling between March and April 2000, and also partook in many wrestling involvements after, including as a referee and manager.

Viewers in the UK will remember Dustin appearing as a housemate on the 12th series of Celebrity Big Brother in 2013, which was won by Charlotte Crosby. He became the fourth housemate to be evicted on Day 16.

Acting aside, he also formed his own alternative metal band called Salty The Pocketknife. Diamond played bass and wrote much of the music. They recorded an album, but split up shortly after due to internal agreements.

Prior to his cancer diagnosis, Dustin was also working on a Tool tribute band, and had already learnt to play many of the group’s songs.

In 2009, Dustin published a tell-all book about his time on Saved By The Bell, titled Behind The Bell.

The book notably portrayed many of his former colleagues in a bad light, with details of their alleged backstage behaviour.

Some of the claims in the book have been disputed by many of his former cast and crewmates and questioned by critics.

In 2013, Dustin later commented on the nature of the book during an appearance on a Where Are They Now segment on the Oprah Winfrey Network.

He claimed that the book was ghost written by an author who had interviewed him and compiled the contents from his answers, and that some parts had been fabricated from minor statements he had made.

However, due to the fall-out between Dustin and other Saved By The Bell cast members regarding the book, the actor was not involved in the show’s reboot, which debuted last year.