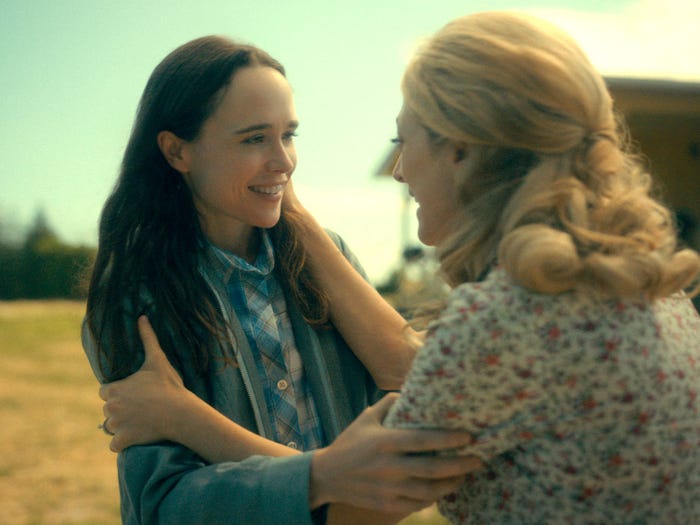 Elliot Page, actor and costar of Netflix's "The Umbrella Academy," will continue playing their role of Vanya in season three.

On Tuesday morning, Page shared the news online that he is transgender, and that his pronouns are he/them. The announcement was met with a flood of online support from fans and fellow celebrities.

In a new report from Variety, sources confirmed that Page will remain in their role for Netflix's hit sci-fi series "The Umbrella Academy." The character, Vanya Hargreeves, is a cisgender woman. There are "no plans to change the character's gender," according to Variety.

Netflix is also in the process of updating its catalog to reflect Page's name in the show's credits. Right now, subscribers will already see "Elliot Page" listed among the cast for "The Umbrella Academy."

The official Twitter account for Netflix responded to Page's social media announcement on Tuesday, voicing support on behalf of the streaming service.

"So proud of our superhero!" the account tweeted. "WE LOVE YOU ELLIOT! Can't wait to see you return in season 3!"

"The Umbrella Academy" premiered its second season this past summer, and the season three renewal announcement came from Netflix not long after. Production on season three is currently scheduled to begin in February 2021.