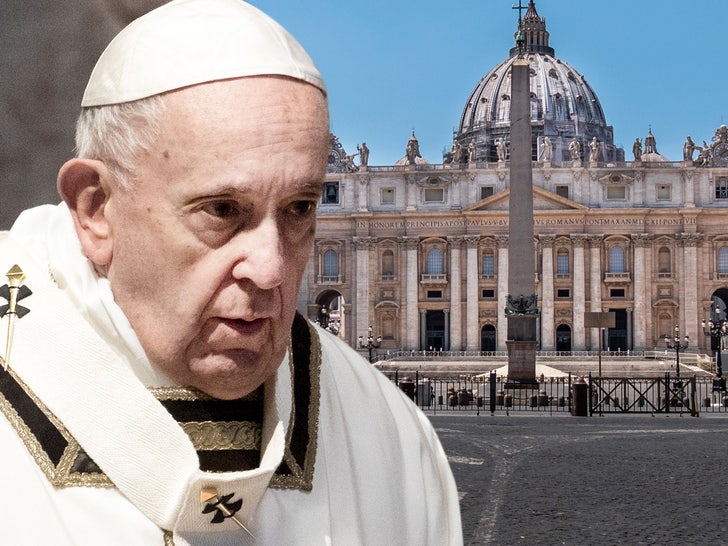 3:31 PM PT — Elton John is weighing in on the Vatican’s hard stance on gay marriage, pointing out a report that cites the institution as having invested at least a million bucks into a biopic about the singer, which depicts gay sex and gay relationships in realistic terms.

EJ writes, “How can the Vatican refuse to bless gay marriages because they “are sin”, yet happily make a profit from investing millions in “Rocketman” – a film which celebrates my finding happiness from my marriage to David?? #hypocrisy”

He links to a Daily Beast article, which details another report out of Italy … which claims to have found that a lucrative papal fund, called Peter’s Pence, had been used to help finance flicks like ‘Men in Black: International’ and ‘Rocketman’ — with a reported $3.6M for the former and about a mil for the latter.

The Vatican at the time said they were looking into it how that cash came to be spent the way it had — before Pope Francis ordered a de facto audit.

The Catholic Church is not allowed to bless same-sex unions because God “does not and cannot bless sin” … according to the Vatican, in a decree approved by the Pope.

The Vatican’s orthodoxy office, the Congregation for the Doctrine of the Faith, issued the official ruling Monday in response to a question about whether or not Catholic clergy can bless gay unions. 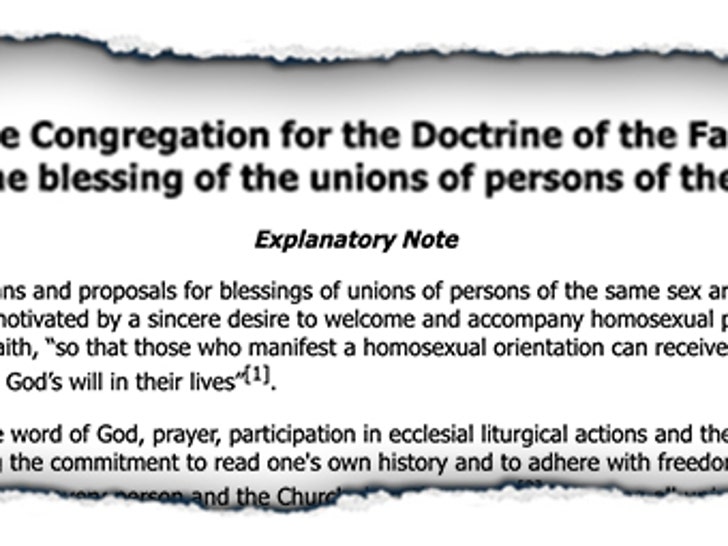 The answer is no, because the Vatican says Catholicism teaches that marriage is a lifelong union between a man and a woman with the purpose of creating new life.

The decree seems pretty two-faced … considering the Vatican says gay people must be treated with dignity and respect, and the church can continue to bless gay people … as a whole.

On the flip side … the Vatican also describes gay sex as “intrinsically disordered.”

In recent years, Pope Francis has made headlines for his support of gay rights and even legal protections for same-sex couples — but the buck clearly stops at marriage.