Steph and Ayesha Curry have been an example of how despite being a Hollywood couple, marriage can be happy, sustainable, and scandal-free. The two have known each other since their teenage years and have stood by each other’s side as each of their stars began to shine. 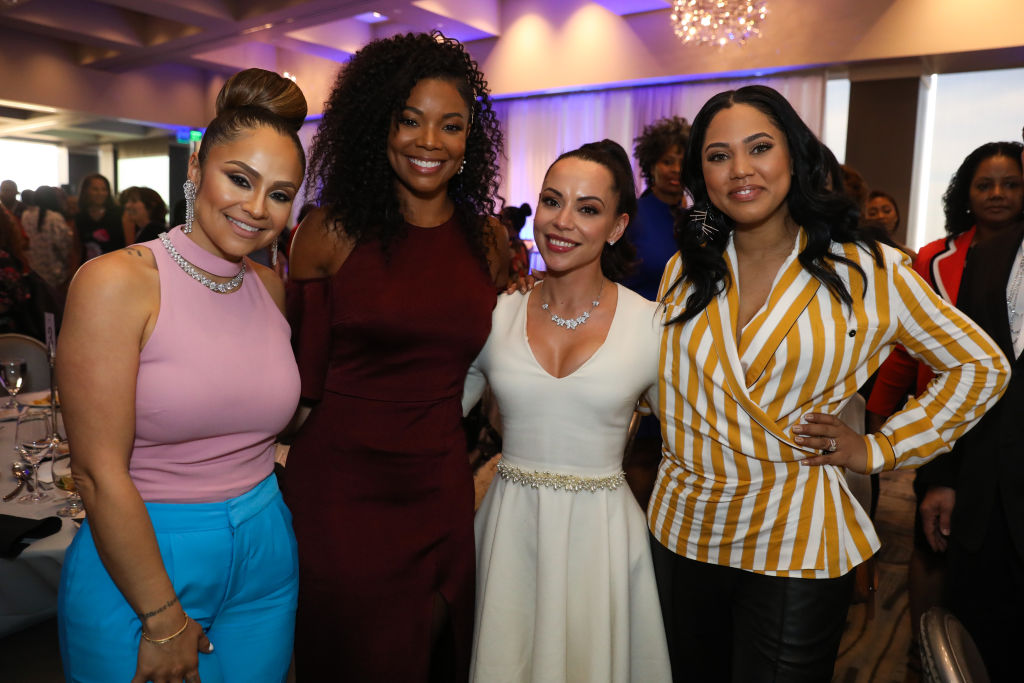 But had they listened to the advice from another future basketball wife, Gabrielle Union, they may not be married. Union revealed in a recent Instagram chat that she suggested the two date other people before jumping the broom.

During a chat on Instagram live with the Currys and Wades, Dwyane joked that Gabrielle was a “thot” back in the day, something that Gabrielle agreed on. In fact, she encouraged all women in their 20s to date around and made no exception when she hung out with Ayesha at another athletes’ 25th birthday party. At the time, Ayesha and Steph were engaged to be married and Gabrielle felt the couple were too young and inexperienced to jump the broom.

Happy Vday babayyy! You are all the adjectives and more. Love you! "He who finds a wife finds a good thing!" 😍

“I was like, ‘You guys, the likelihood of this working out is very low. You should just break up now and have sex with other people,’” she said she told Ayesha. “I used different language but is that not what I told y’all both?”

But Gabrielle is happy that Ayesha and Steph did not take her advice and praised the couple on remaining consistent and true to their core values throughout the years – emphasizing that they kept their faith and religious beliefs as a focal point.

While the idea of NBA players or hugely successful high profile men marrying young typically involves a major cheating scandal or drama at some point, Steph and Ayesha’s relationship has been the opposite. The two met as teenagers and married in 2011 when Ayesha was 22 and Steph was 23.

Since their nuptials, they’ve welcomed three children and have been a model family within the sports world. They are extremely supportive of one other’s careers as Ayesha has created her own brand outside of just being Steph’s wife with her own cookware line, restaurants, and her own show Ayesha’s Home Kitchen.

Family meal time. Cooking together. Where memories are made and open communication is nurtured. So grateful for these moments. @sweetjuly 📷 @thayerandco

According to Ayesha, the success of her marriage has been attributed to putting one another first, even before their young children. In a 2019 interview with Hello Giggles, Ayesha explained her reasoning and said the advice came from married couples in their families.

Thankful for my squad today and always 🙏🏽

After nine years of marriage, three children, and a mega empire, putting one another first has proven to work in the Curry household.