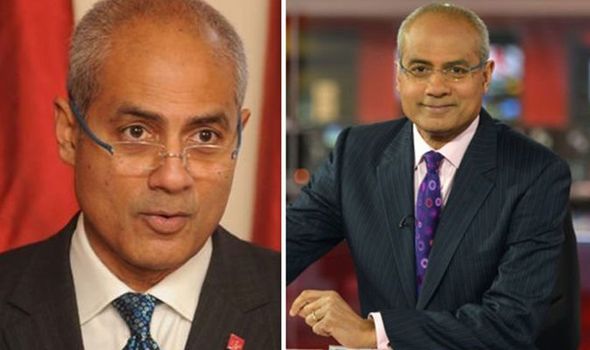 BBC newsreader George Alagiah, 64, previously explained he would no longer be appearing in the studio amid the coronavirus pandemic. It comes as the TV veteran is being treated for bowel cancer, but he also revealed he had a mild case of coronavirus earlier this month.

The News at Six on BBC One presenter was first diagnosed with bowel cancer in 2014 but revealed in 2017 that the disease had returned.

He recently explained that he underwent tests after suffering from a fever and his oncologist confirmed he had tested positive for COVID-19.