Strictly Come Dancing’s Gorka Marquez, 29, who shares his baby daughter Mia with girlfriend and radio presenter Gemma Atkinson, 35, has shown his fans a preview of his “Sunday chats” with his nine-month-old daughter. The professional dancer shared a video of their baby daughter and revealed how she is a “Daddy’s girl”.

While Strictly’s Gorka and Gemma Atkinson are homebound during the coronavirus lockdown, the professional ballroom dancer shared a picture of the two of them on the floor and a video of himself trying to persuade Mia to say how she “loves daddy” into a plastic cup.

Writing to his 513,000 followers, the BBC favourite said: “Sunday chats…

Soon after his followers got to see the two of them enjoying some family time while in the lockdown, fans of the star rushed to comment on how “adorable” his video was. 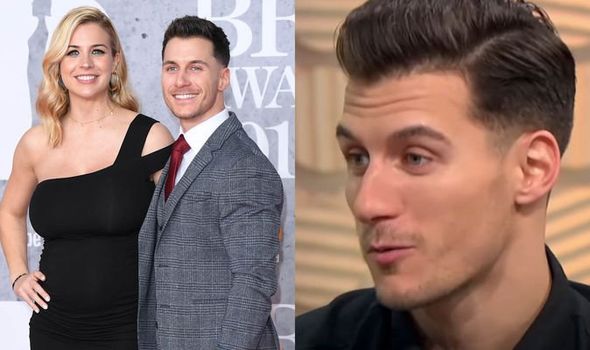 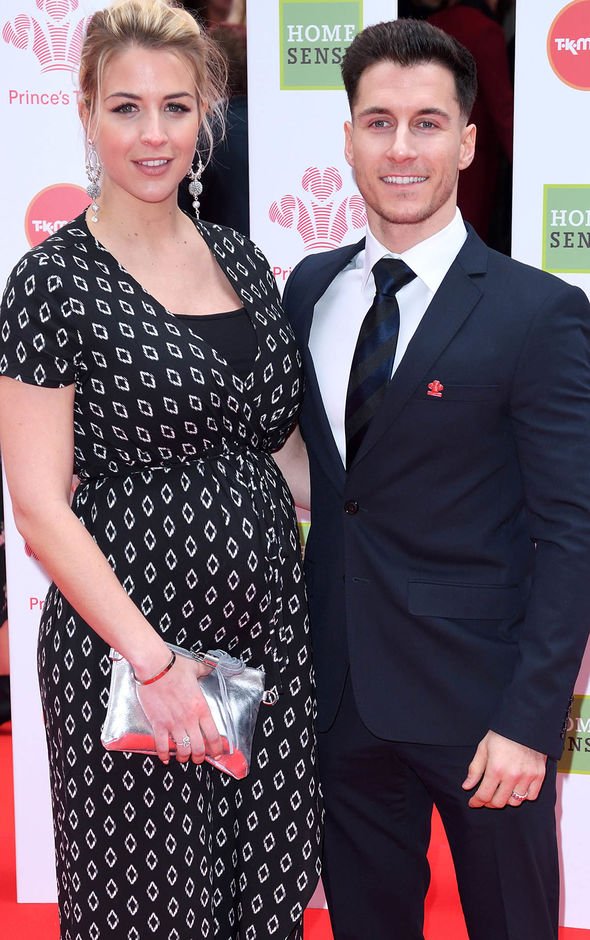 One wrote to the dancer: “Oh this is so adorable,” while another commented on how “heartwarming” Gorka’s video was.

They said: “The good things that have come out of lockdown. Heart warming x.”

Another added then added: “Dad goals”.

One of Gorka’s followers then referred to the game the star was playing with his daughter as they wrote: “My son loves that too. One of his favourite games!!”

Gorka’s girlfriend and mother to baby Mia, Gemma, recently spoke out about how she has become a “nervous” wreck as their daughter recently learned how to crawl.

The former Strictly celebrity contestant shared a video of her daughter crawling on the ground to her 1.4 million followers and revealed how it made her nervous.

In the video, Gemma was seen talking to Gorka about Mia’s most recent milestone as she announced to her followers: “Are you a nervous wreck every time she crawls? I am.”

Alongside the video, Gemma also wrote: “She can crawl. And I’m a nervous wreck.”

The former Emmerdale actress then blurted out on the video: “Aye, don’t put that in your mouth, what have you just eaten?”

Gorka and Gemma confirmed they had welcomed their first child into the world in last year in July.

The radio host has previously spoken about how she had an emergency c-section after having “complications” when she went into labour.

The star informed her fans on Instagram by writing: “On the third one midwife Katie who was taking care of me at the time pressed the panic alarm & within 15 mins I was rushed out, prepped & delivered Mia via an emergency C section.”

Gemma then spoke out about her traumatic birth and told her followers how she had suffered from a haemorrhage two hours after she was born.

The star explained: “I don’t remember much other than having around 9 doctors in the room, some injecting me, hooking me to drips, physically pulling clots out of me and one comforting Gorks who was beside himself in the corner.”

Gemma concluded her post by confirming how her trauma was over as she added: “I woke in another room with Gorks & my family there, Mia sleeping soundly & a lovely midwife named Di who was checking my notes.

“The trauma was over & thanks to our NHS & incredible hospital staff we were ok.”