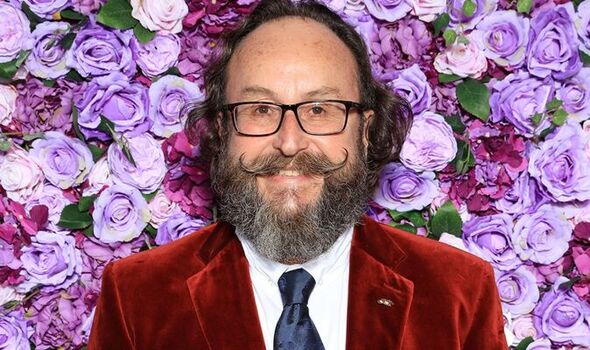 Celebrity chef Dave, 65, revealed in May he was undergoing chemotherapy to fight the disease. He has now told how he’s keeping his spirits up by dreaming of returning to a fish restaurant in South Africa, which would help to cure his cravings.

He said: “I haven’t been very well recently and I’m craving all sorts of food, and seafood.

“There’s a restaurant outside of Cape Town called The Codfather. It’s like a wet fish shop where you go in and order the fresh fish and they cook it, and you have it with rice or chips.

“That drive down from Cape Town uld wonderw e down the coast would be wonderful, having a few glasses of South African wine and then the best seafood.

“I’d quite like to be there tomorrow. I did a film there years ago with Dennis Hopper and Diane Kruger and Dennis said it was the best seafood restaurant he’s ever been to.”

Before he became a celebrity chef, Dave worked as a make up artist for movies, specialising in prosthetics.

Dave and Si, 55, have been known as The Hairy Bikers since their first TV show.

A pilot episode aired on BBC Two in 2004, in which they visited Portugal, and it was such a success the corporation commissioned two series, which saw them head to the likes of Namibia, Vietnam and Mexico.

They have gone on to star in many other cookery shows and are keen to land another commission.

When asked on Radio 4’s The Food Programme which country they would like to go to next, Si said: “Indonesia. We want to do a series on spice.”