Hayden Panettiere recently met up with her ex-boyfriend Brian Hickerson after he was released from jail.

A source tells Us Weekly exclusively that the former couple arrived together at Justin Queso’s in Los Angeles on Saturday, July 17. Days later, they met up again to watch the NBA finals at the bar. 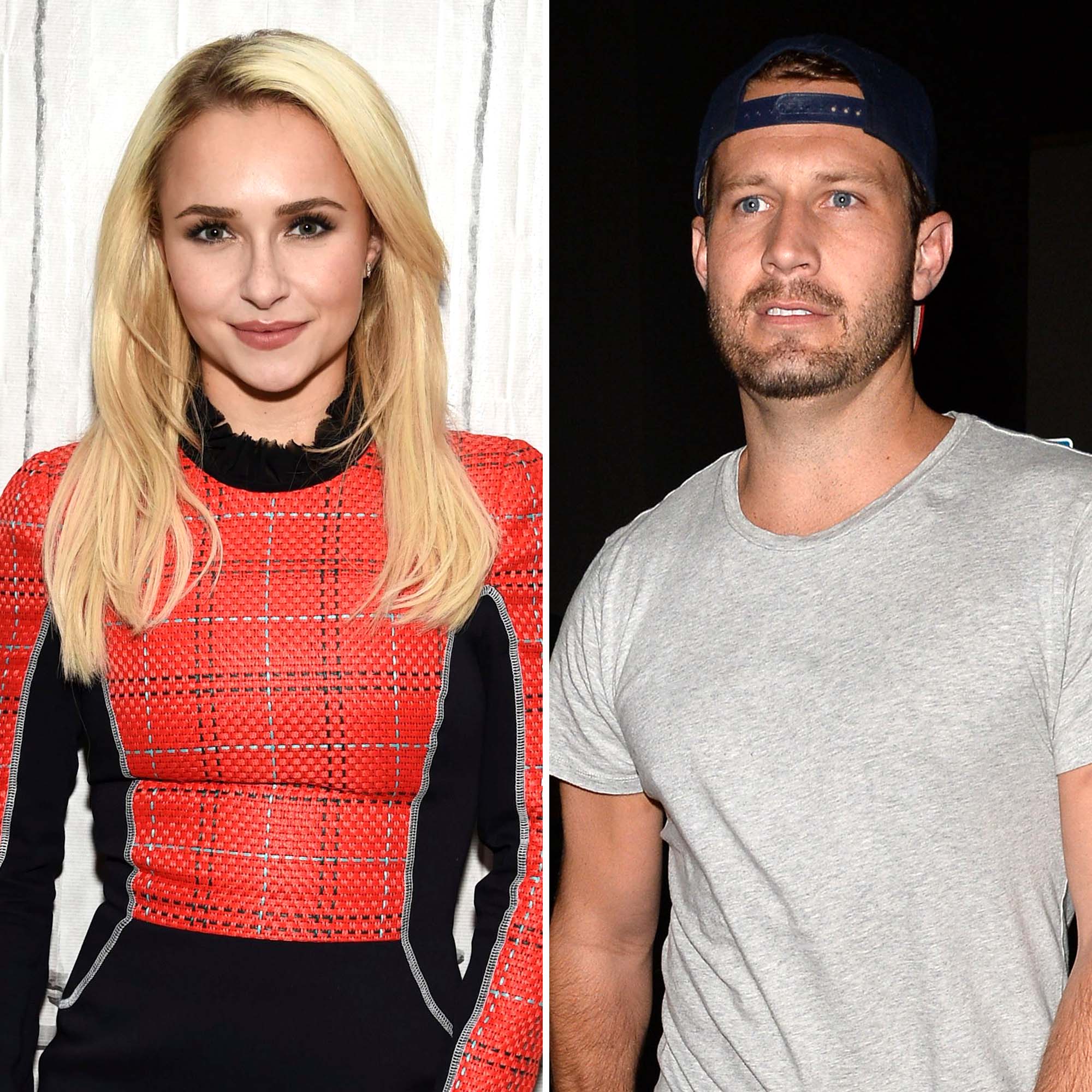 The insider also shares that the Nashville alum, 31, was seen line dancing with her ex. The pair, who began dating in 2018, split in June 2020.

Earlier this year, the South Carolina native, 31, was sentenced to 45 days in county jail. However, he had credit for 12 days as part of his plea agreement. The April ruling — which was the result of a May 2019 domestic violence arrest — noted that Hickerson would be placed on probation for four years following his time in jail. Additionally, he was ordered to pay $500 in fees, cannot purchase or possess any firearms and must attend domestic violence classes. He must also return to court in October 2022 so the judge can ensure he has taken the classes.

Us previously confirmed that Hickerson had to turn himself in to the Men’s Central Jail in Los Angeles by May 7. According to recent documents obtained by Us, he was released later that month.

After he was spotted with his ex, the M.F.A. actor explained the meetup in a statement to E! News.

Hayden Panettiere’s Ups and Downs Through the Years

“To clarify, I was enjoying a [beer] and Hayden was not drinking,” he said. “We went to a new restaurant that is Texas-based, and being a Southern guy, I’m a big fan of country music. So yes, there was some line dancing involved. Hayden and I are not back together but are working on a friendship.”

He also noted that meeting up with his ex was a step in the right direction as he grows from his past.

“We have a long history together, and the first step in my recovery as an abuser is making amends. That’s exactly what Hayden has been gracious enough to allow me to do,” the real estate agent added.

Following the May 2019 domestic violence arrest, Hickerson was again arrested on February 2020 following an alleged domestic dispute in Wyoming. Five months later, the Bring It On: All or Nothing actress got an out-of-state protective order against him in July 2020. That same month, he was charged with eight counts of domestic violence and assault. The felony counts were for incidents in May 2019, December 2019 and January 2020 and included two charges for felony assault with a deadly weapon and one count of felony dissuading a witness from prosecuting a crime.

At the time, Panettiere told Us that she wanted to do her part to make sure her ex “never hurts anyone” again.

“I am coming forward with the truth about what happened to me with the hope that my story will empower others in abusive relationships to get the help they need and deserve,” her statement read. “I am prepared to do my part to make sure this man never hurts anyone again. I’m grateful for my support system, which helped me find the courage to regain my voice and my life.”