Inside The Gates Divorce! Marriage Was 'Irretrievably Broken' – & Daughter Jennifer Weighs In

It’s the biggest (wealthiest!) split since Jeff and Mackenzie Bezos…

We were all shocked to hear that Bill and Melinda Gates are getting a divorce. They’ve been together 27 years, have three kids, and have worked in tandem to build a super-influential global philanthropic organization, The Gates Foundation. But even the world’s most powerful power couple can hit a rough patch, and this one was apparently insurmountable.

The pair did not have a prenup agreement, which is even more shocking considering they married shortly before the Microsoft co-founder officially became the World’s Richest Man in 1995. However, they did have a separation agreement, which lays out how they will divide their debts and liabilities, real property and personal property, according to court documents obtained by People.

Melinda was the one who filed for divorce in King County, Washington, and stated in her petition that “spousal support is not needed.” Per People, her filing read:

“This marriage is irretrievably broken. We ask the court to dissolve our marriage and find that our marital community ended on the date stated in our separation contract.”

The 56-year-old also apparently filed an automatic temporary order that restrains herself and her ex from disposing of property or making changes to insurance policies, except as agreed in writing or as ordered by the court, according to the outlet. Their court date has been set for April 2022, with an Alternative Dispute Resolution date set for March 2022. The case will be reviewed in September.

The couple’s oldest daughter Jennifer released a statement on Monday about her parents’ breakup, writing on her Instagram Story:

“By now, many of you have heard the news that my parents are separating. It’s been a challenging stretch of time for our whole family.

I’m still learning how to best support my own process and emotions as well as family members at this time, and I am grateful for the space to do so. I won’t personally comment further on anything around the separation, but please know that your kind words and support mean the world to me.”

“Thank you for understanding our desire for privacy while we navigate the next phases of our lives.” 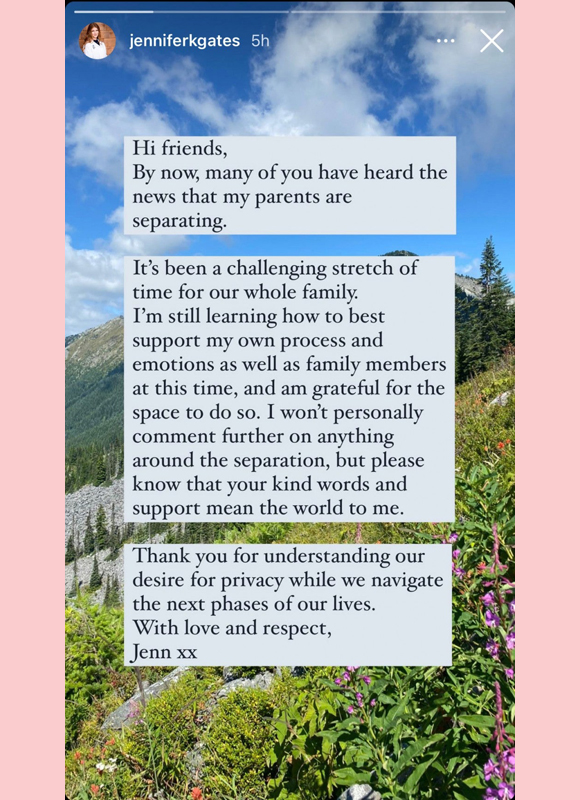 Sheesh. How weird would it be that your parents’ split affected not only you and your family, but the whole world? We can’t even imagine. We still do wonder what this new era will look like for two of the most influential people in the world. Best of luck to them. 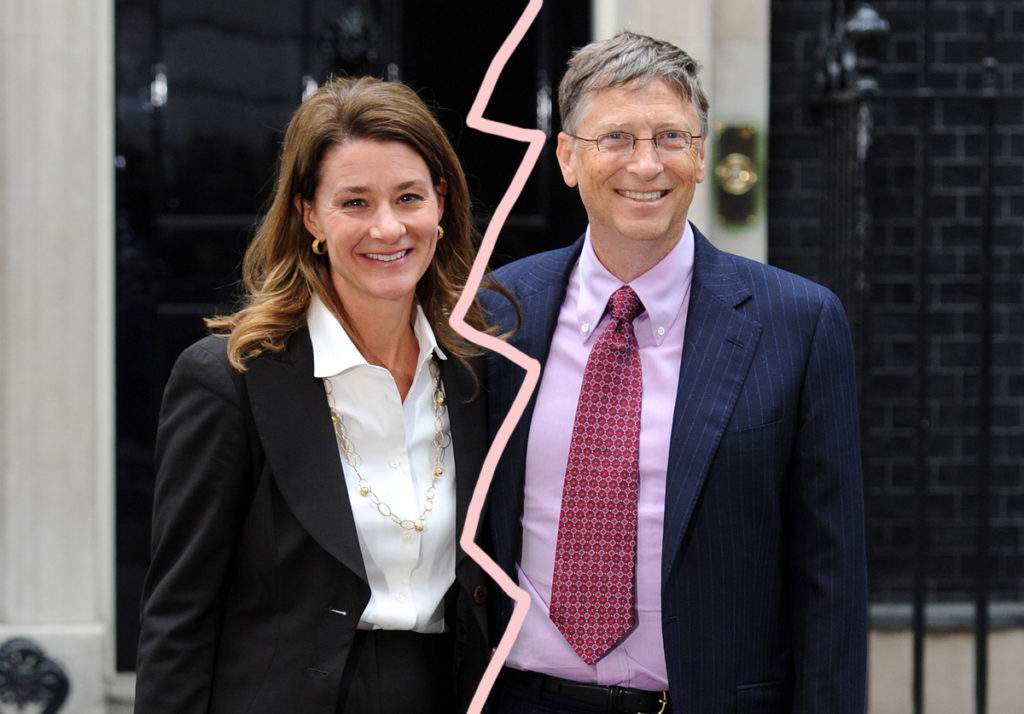 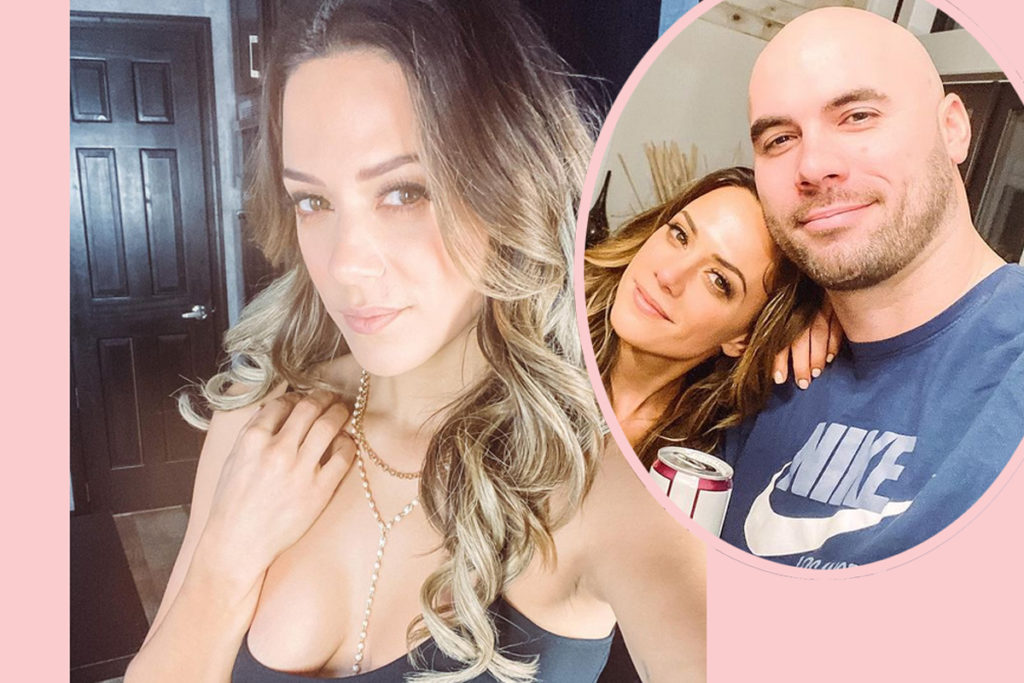 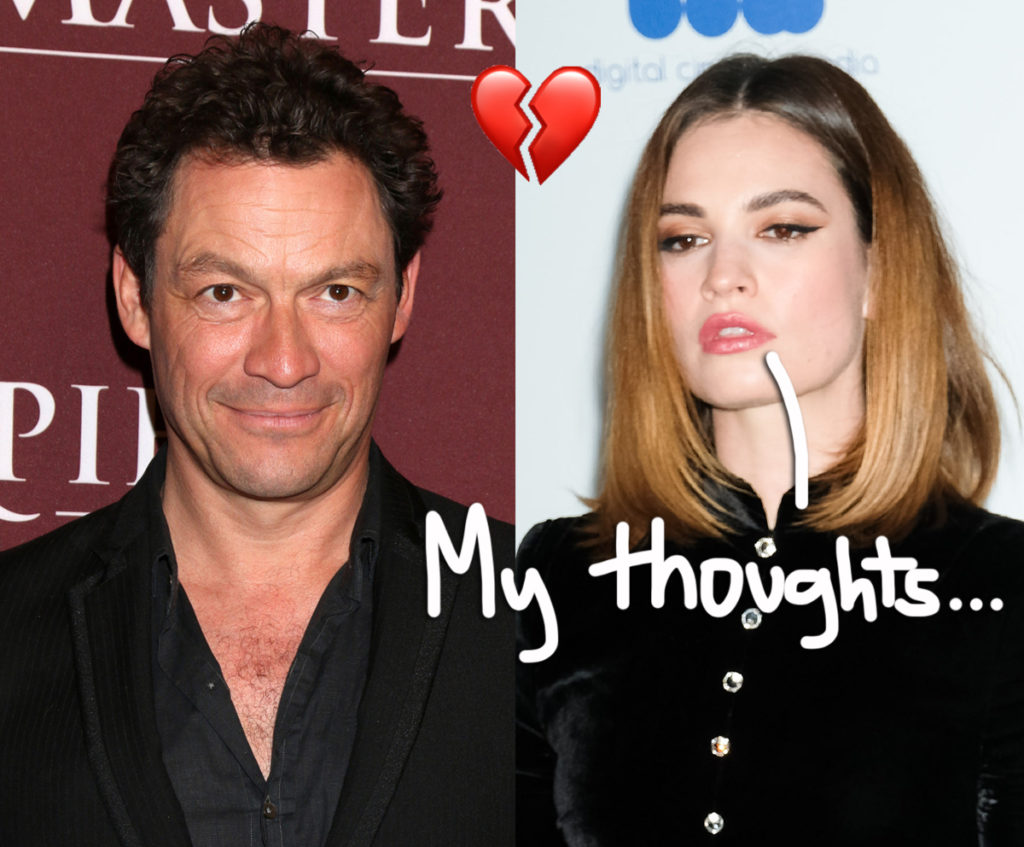