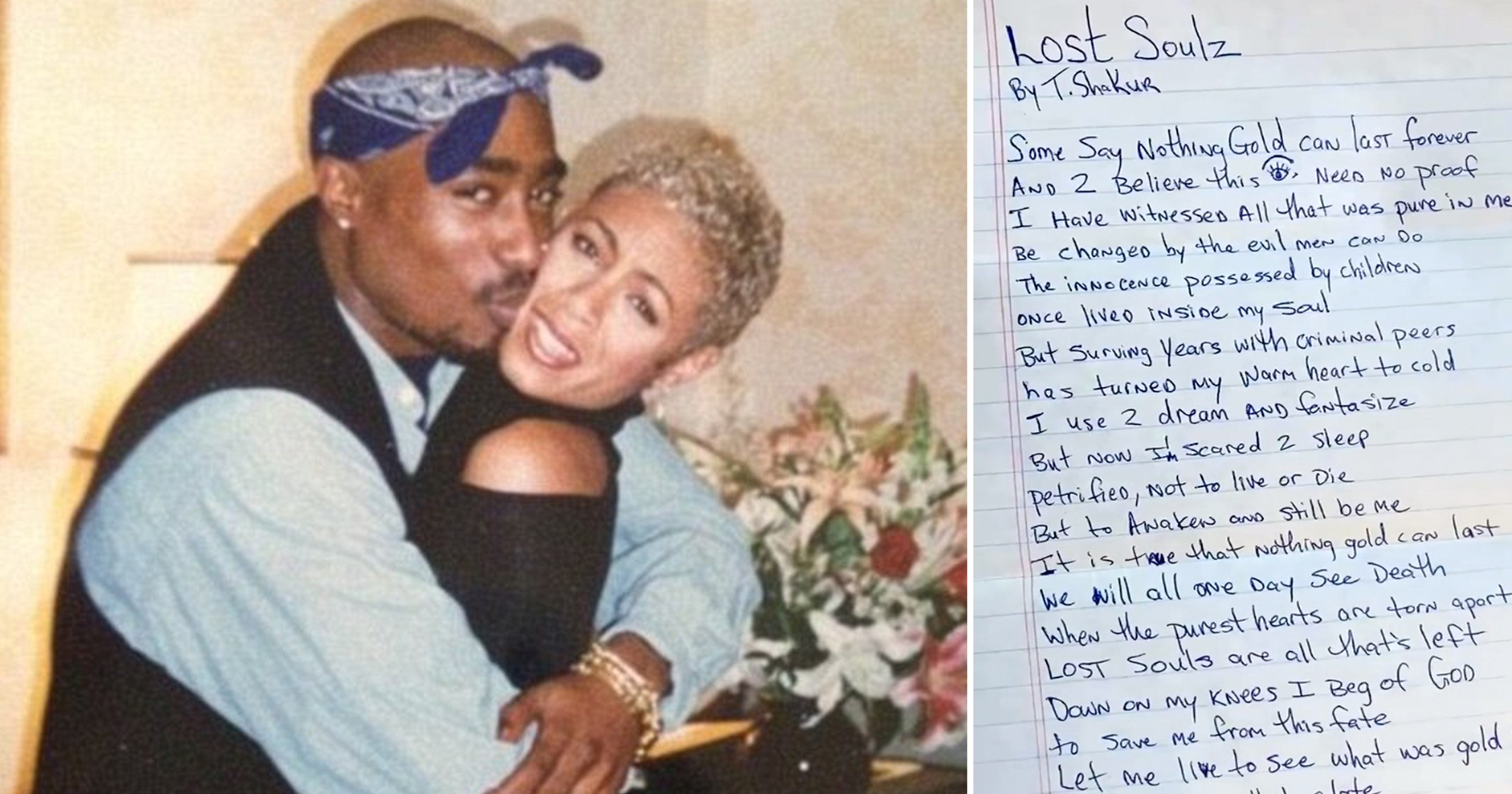 Tupac would have marked his milestone on birthday on June 16. The California Love rapper was shot and killed in a drive-by on September 13, 1996 when he was just 25.

Hours before the clock struck midnight, Jada, 49, kicked off the celebrations and shared a video clip of the handwritten poem that she’s kept private for more than 20 years.

She wrote in the Instagram post’s caption: ‘Tupac Amaru Shakur would have been 50 midnight tonight!

‘As we prepare to celebrate his legacy … let’s remember him for that which we loved most … his way with words. Here are a few you may have never heard before✨ Happy “you goin’n to be 50 at midnight” Birthday Pac! 😆 I got next😜.’

She added: ‘P.s I was planning to post tomorrow which is why the video says today is Pac’s bday. But I decided to start earlyyyyy.’

Titled Lost Soulz, Tupac wrote: ‘Some say nothing gold can last forever / And 2 believe this [I] need no proof / I have witnessed all that was pure in me / And be changed by the evil men can do. 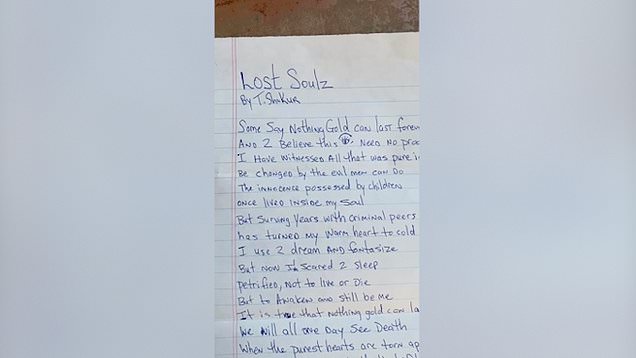 ‘The innocence possessed by children / Once lived inside my soul / But surviving years with criminal peers / Has turned my warm heart to cold / I used 2 dream and fantasise.’

The legendary rapper then eerily mentioned death and wanting to see another day.

‘It is true that nothing gold can last / We will all one day see death / When the purest hearts are torn apart / LOST SOULS are all that’s left / Down on my knees I beg of God / To save me from this fate / Let me live to see what was gold in me / Before it is all too late.’

He signed off the poem: ‘Yours, Tupac.’

Jada was best friends with Tupac after growing up together at a high school in Baltimore. While they were close, the pair never officially dated and Jada went on to marry Fresh Prince Of Bel Air star Will Smith in 1997, a year after the rapper died.

Last year, Will admitted that he was ‘jealous’ of Tupac and Jada’s friendship.

‘That was a big regret for me too because I could never open up to interact with ‘Pac. We had a little bit of a thing because they grew up together and they loved each other but they never had a sexual relationship,’ he said on The Breakfast Club.

Jada previously told Metro.co.uk that she could envision Tupac requesting to have his own version of her hit Facebook Watch series Red Table Talk.

The Girls Trip actress said: ‘If ‘Pac was still alive, we would probably talk about everything.

‘He would probably live on that show. I know him. He would be like, “Yo, we gotta talk about this, this week, did you see what happened? We gotta go to Sweden, did you see A$AP [Rocky]? They got him all locked up, we got to go”.’

Jada added: ‘I’d probably have to do a Red Table Talk specifically for ‘Pac.

‘I’d probably do a male version of Red Table Talk with ‘Pac. I would have done that with him because he would have just been so great for something like that.’

‘So maybe we would do the Red Table and the Blue Table for him. I would probably have created a table for ‘Pac on his own. For sure.’