Another news day, another story about Jennifer Aniston and Brad Pitt reigniting the flame on their long-dead romance. While Aniston and Pitt are no closer to getting back together than they were a few years ago, fans still seem to hold out hope that the former “it couple” will figure out a way to make it work. Fans have ‘shipped the old flames for so long, that its hard to remember when it started. It is a lot easier to understand why people are so desperate to see the pair back together. Ever since their 2005 divorce, they’ve said some truly lovely things about one another. In a world of bitter divorces, Pitt and Aniston’s kind words about each other are a bit refreshing, but that doesn’t mean they are meant to be. By both acting civilly, Aniston and Pitt may be accidentally flaming the reconciliation rumors.

Jennifer Aniston and Brad Pitt’s divorce could have gottenugly

Aniston and Pitt’s separation had all the markings of a bitter divorce. The pair, who had been married for five years when they announced their plans to separate, released a joint statement requesting privacy. It didn’t take long for the media to jump to conclusions, though. For months, the couple’s faces were plastered on magazine covers. Many assumed Angelina Jolie had come between them. Years after they moved on, there was still talk of a bitter rivalry, jealousy and hurt feelings. 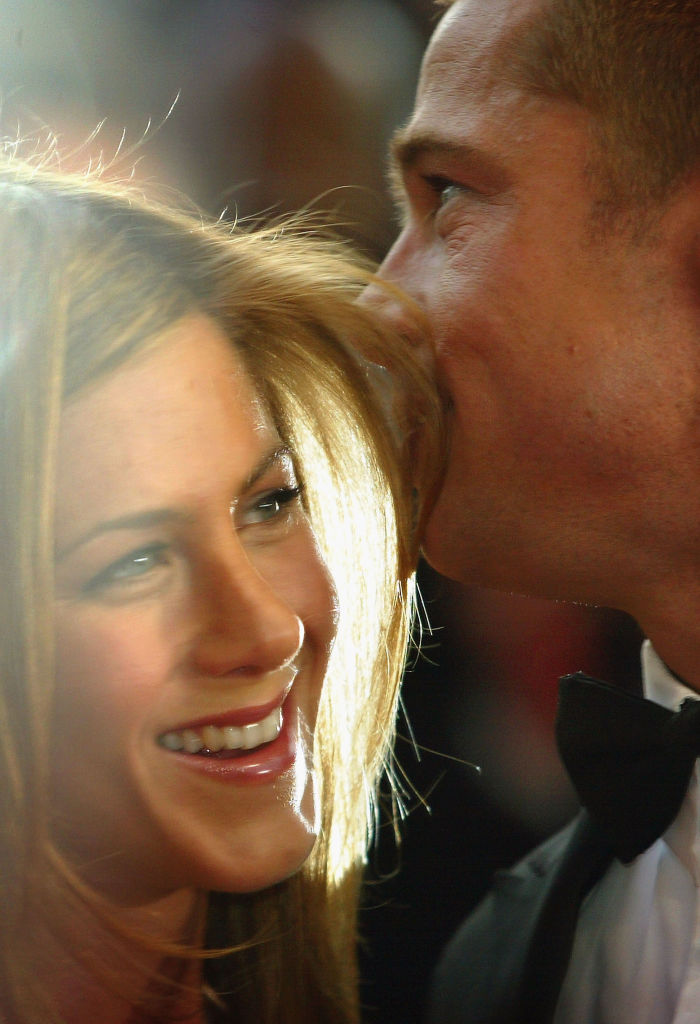 15 years later, it’s still believed Pittcheated on Aniston during their marriage. A lengthy, family spread with Joliejust months after his divorce all but solidified the assumption. It would seemthat Aniston had been humiliated. She could have gotten angry; she could have takenshots at the newly minted couple. She did none of those things, though.Instead, she spoke kindly about her ex-husband. He mainly didn’t speak at all.

Aniston opened up about her divorce, but she never bashedher ex-husband

Aniston is beloved the world over, mostly because she seems so effortlessly sweet-natured. She maintains that same demeanor when speaking about her ex-husband. Even when discussing some of Pitt’s more outlandish behavior following their split, Aniston still gave him the benefit of the doubt.  In 2005, she sat down with Vanity Fair to discuss the end of her marriage to Pitt.  When asked about Pitt’s infamous W spread with Jolie, she reportedly shook her head, before insisting that Pitt was not a mean-spirited person. She eluded to the fact that he may be a bit clueless, though.

20 million followers?! That’s a lot of thank you notes! THANK YOU, GUYS 🤗

She told the publication, “Brad is not mean-spirited; he would never intentionally try to rub something in my face. In hindsight, I can see him going, ‘Oh—I can see that that was inconsiderate.’ But I know Brad. Brad would say, ‘That’s art!’” Ever laidback, the interview gave fans an intimate portrait of Aniston, who was both deeply wounded, yet optimistic about her future prospects.

Years later, Pitt was lambasted by the press when he intimatedthat his marriage to Aniston was boring or dull. The collective gasps from the internetforced him to clarify what he meant. Ina statement to E!, Pitt said, “Jen is anincredibly giving, loving, and hilarious woman who remains my friend. It is animportant relationship I value greatly. The point I was trying to make is notthat Jen was dull, but that I was becoming dull to myself—and that, I amresponsible for.”

While Pitt has remained rather tight-lipped about his timewith Aniston in recent years, he was perfectly okay with the idea of runninginto her at the Golden Globes. When asked about the prospect of connecting withher, he told Kevin Frazier that he would be happy to run into Aniston becausethey were good friends. 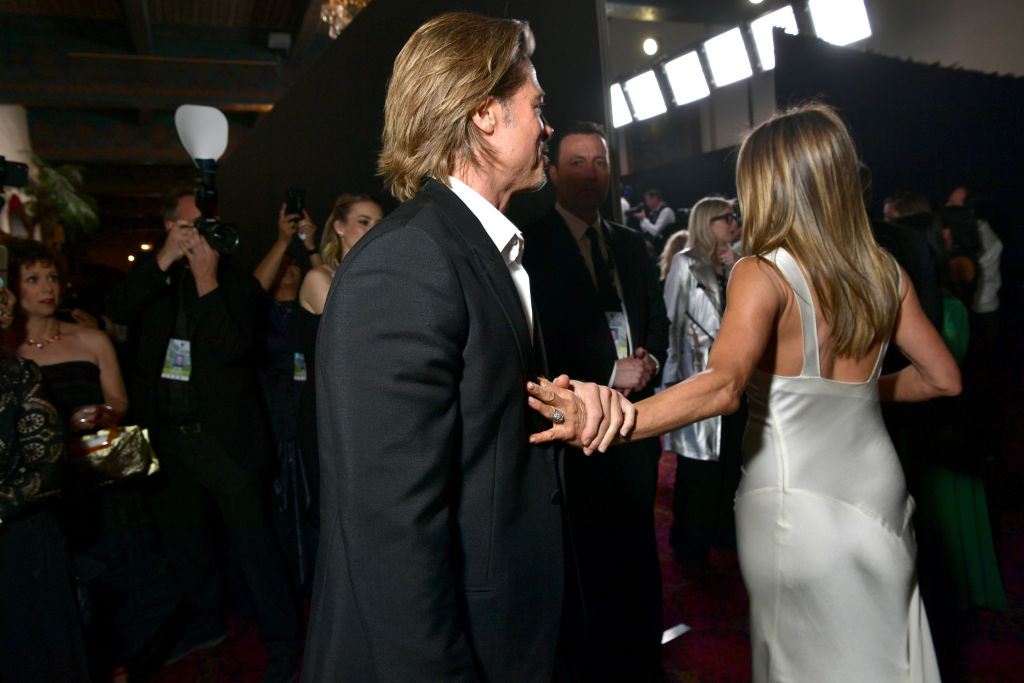 Fans didn’t get the moment they were hoping for at the Golden Globes, but they certainly got it at the Screen Actors Guild Awards. Aniston and Pitt ran into each other backstage and exchanged some pleasantries. The moment was captured on film, and the world spent the next seven days trying to interpret what it all meant.

While people have spent the last year speculating about the nature of the pair’s relationship now that they are both single again, the explanation might be as simple as Aniston and Pitt claim. They are two people who were once married, who have figured out a way to maintain a cordial relationship.

My pain in the ass little burst of sunshine sister and I are working together again. But this time, we’ll be much kinder to one another. (Hmm, then again, we’ll just have to wait and see about that…) @themorningshow @reesewitherspoon

They run in the same circles, know the same people, and apparently are keenly aware that being friendly makes life much more comfortable than bitterly feuding. She maintains the same cordial relationship with her second ex-husband, Justin Theroux. Yet, the cordial relationship that has been fostered by Aniston and Pitt seems to be the reason fans remain hopeful that they may end up together in the end.