The Chase: Jenny Ryan refers to Bradley Walsh as a ‘plank’

Jenny Ryan recalled being “told off” after an hour-long special of Coronation Street aired last night. As the episode ended, The Chase star took to Twitter to detail how she got flack for a quip about the ITV soap.

I got told off by my mum for swearing

The 38-year-old felt the wrath of her mother for swearing, while speaking about cobbles stalwart Ken Barlow.

Despite three decades having passed since, The Vixen shared what happened in view of her 83,000 followers.

She branded her remarks “edgy”, and was soon inundated with replies from fans on the micro-blogging site.

Jenny tweeted: “#corrie reminds me that it’s 30 years since I got told off by my mum for swearing, when I made a joke about Ken Barlow being a ‘pill-ock’ for attempting an overdose of tablets (geddit??). 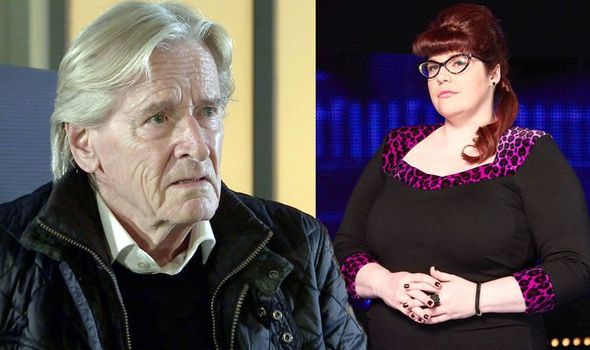 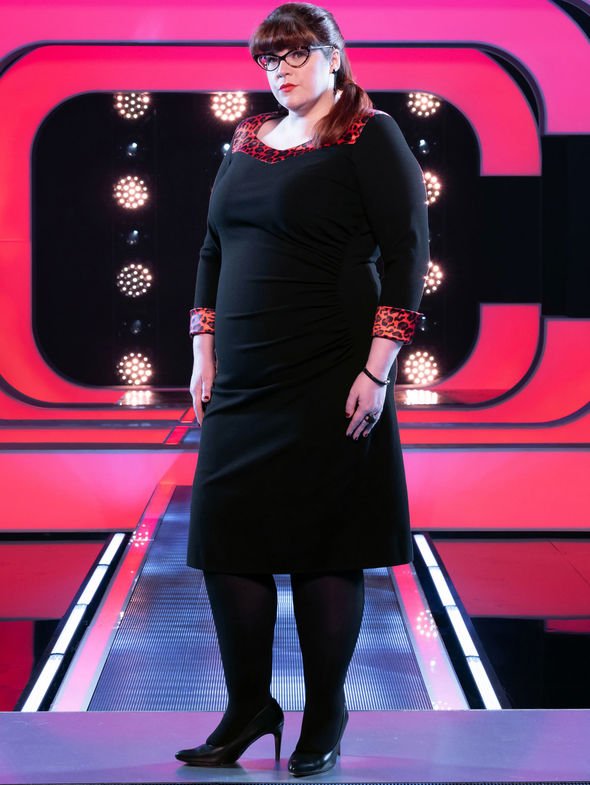 Ken is played by William Roache, who appeared in the very first episode of Corrie back in December 1960.

He attempted to kill himself after struggling with his divorce from wife Deirdre (portrayed by Anne Kirkbride). 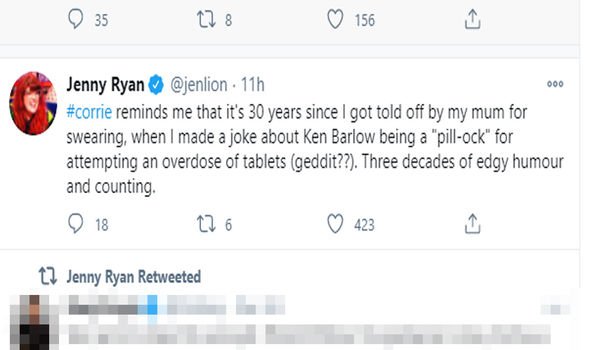 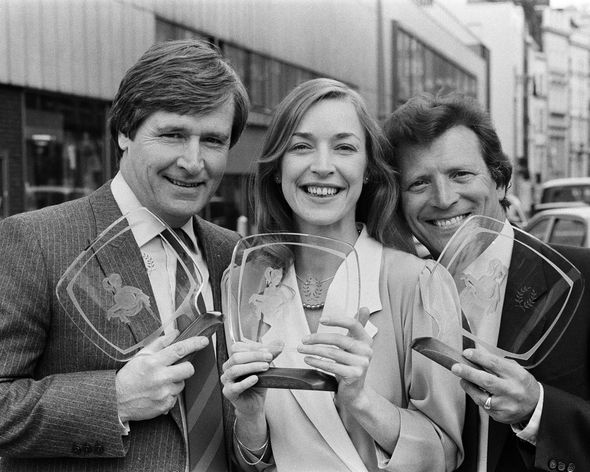 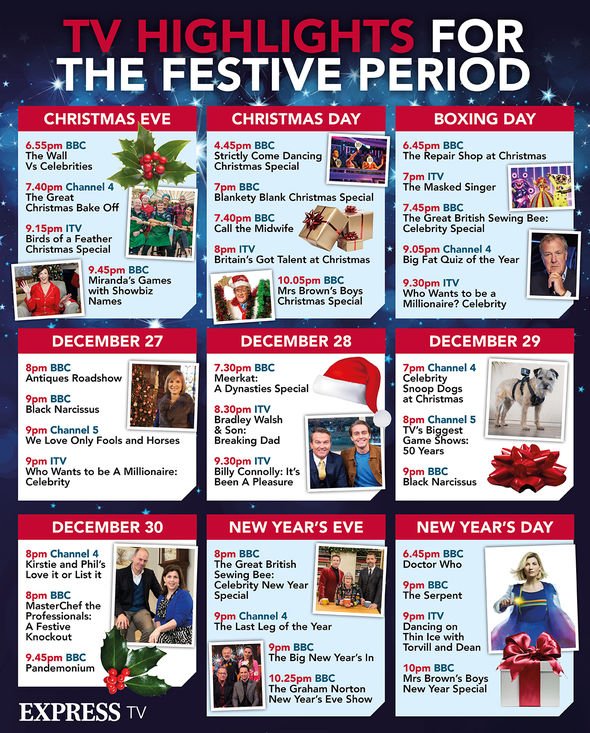 It came about after his affair with Wendy Crozier (Roberta Kerr), his colleague at the local newspaper.

Thankfully his attempts were unsuccessful due to his friend, Bet Lynch (Julie Goodyear).

Many rushed to comment on Jenny’s update, some debating whether the word she was pulled up on was in fact swearing.

One user replied: “Not a swear word in my book. I did say s**t once whilst playing super mario world on the SNES, but passed it off as ‘that’s not it’ and got away with it.”

A second continued: “I said ‘bl**dy’ in front of my mine about 20 years ago and got a pasting.”

Actress Kate Robbins shared her amusment at Jenny’s tweet, while a third posted: “I thought u was only about 28.”(sic)

The quizzer shot to fame thanks to The Chase, joining the cast of Chasers in 2015.

These also include Mark ‘The Beast’ Labbett, Shaun ‘The Dark Destroyer’ Wallace, Anne ‘The Governess’ Hegerty, Paul ‘The Sinnerman’ Sinha and newcomer Darragh ‘The Menace’ Ennis.

She is known for her knowledge on soaps as well as all things entertainment, with her co-star Paul remarking on her role ahead of season two of spin-off Beat The Chasers.

The 50-year-old stated: ““We all have our roles in the team. I think me and Mark are there for the speed. I think it’s established that Mark and I are quite likely to answer questions as quick as humanly possible.

For confidential support call the Samaritans in the UK on 116 123 or visit a local Samaritans branch.