The Chase quizzer Jenny Ryan, 38, got fans talking when she gave fans an insight into her University studies last week. The star, who is nicknamed The Vixen on the ITV show, shared a photo of her dissertation in view of her 78,000 Twitter followers at the time.

She captioned the snap: “Found my dissertation, lads.”

However, social media users were more focused on how the paper was branded with her real name, which hadn’t been revealed before.

Fans spotted that the Chaser’s full name, Jenny Alexis Ryan, was printed on the front cover of the essay. 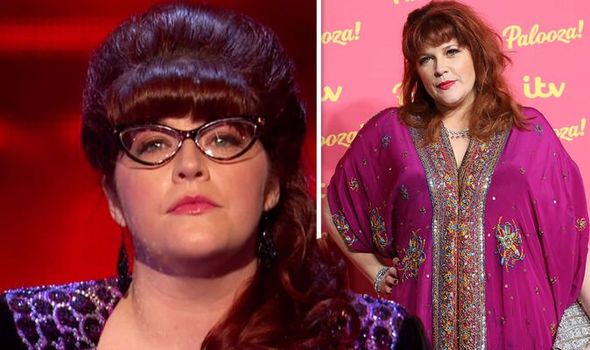 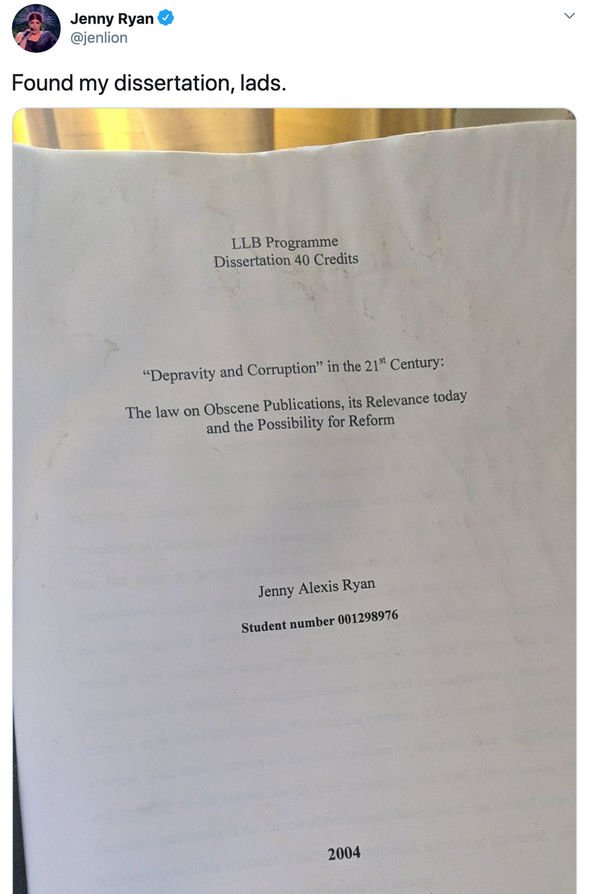 Another added: “What a gorgeous middle name!”

A third fan replied: “’Alexis Ryan’ is easily one of the best spy names I’ve ever heard.”

A fourth person commented: “So am I right in thinking that your first name is actually Jenny? Not short for Jennifer, just Jenny.” 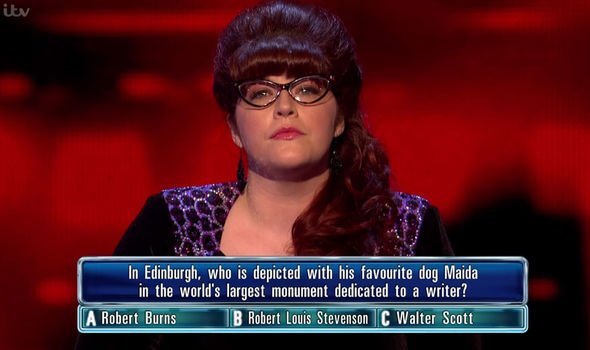 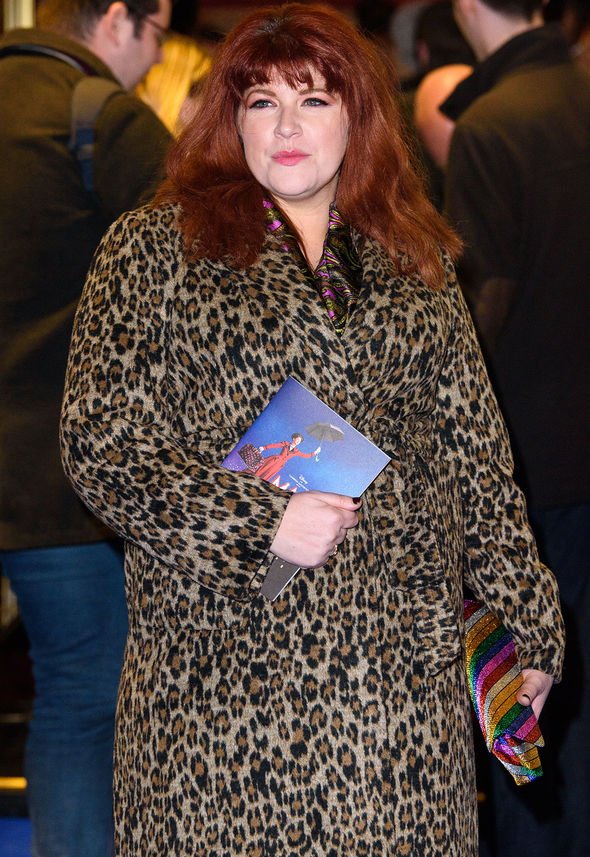 The television personality divulged in response that she was actually “born and named” before Alexis’ first episode aired in the UK.

She replied: “Apparently I was born and named before the first Alexis episode was aired in the UK. Trailblazer.”

Elsewhere, Jenny was questioned by one curious social media user about why the Chasers are seemingly allowed to interrupt host Bradley Walsh, 60, while he is asking them questions, but not the contestants.

They tweeted the TV star: “Hey why must the contestants wait for the questions to be given fully by Brad yet a ‘chaser’ can answer mid-way through?”

It wasn’t long before Jenny saw their burning question and explained why their query wasn’t correct.

“Contestants are allowed to interrupt questions during both the Cashbuilder and the Final Chase.”

It comes just days after Jenny told her fans that signing up for ITV’s I’m A Celebrity… Get Me Out Of Here! could be a big opportunity for her career.

The star spoke out following an announcement that this year’s series will be held in the UK instead of Australia due to the coronavirus pandemic.

The ITV favourite addressed her thoughts over competing on the show, as she tweeted: “My main reservations about doing #ImACeleb have always been 1. The Spiders 2. The Snakes 3. The Heat, so this could be a big opportunity for ol’ Jenny.”(sic)

Jenny went on to write in an additional tweet: “If it’s not basically a three-week long version of Most Haunted then the network is missing a trick.”