We need a little good news this holiday season! John Krasinski has returned for a special holiday episode of his popular Internet show, Some Good News.

The 41-year-old Jack Ryan star kicked off the special, which was released on Sunday night, with some fan art, including one very attractive drawing of himself.

“Perhaps it was the Internet’s not-so-subtle hint that it would much prefer to have this show hosted by one Justin Timberlake,” Krasinski joked before the camera cut to the “Can’t Stop the Feeling” singer.

“I’ll do it,” Timberlake said without hesitation.

Krasinski quickly moved on and even shared a weather report from George Clooney, who popped his head up and declared, “Looks pretty good, looks pretty good.” 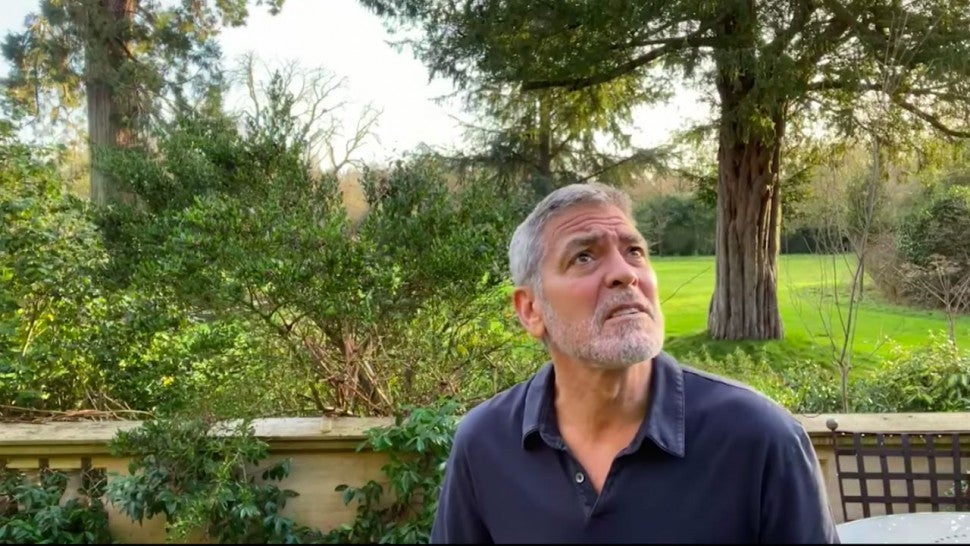 One of the more touching moments came when Krasinski introduced Jay Abel, a single father of two who lost his wife several years ago and was selling his comic book merchandise on eBay to pay for his kids’ Christmas gifts.

Krasinski first revealed that he tried to buy all the eBay merchandise, but that Jay thought it was a scam and blocked the purchase. So he enlisted the help of Dwayne “Dwanta Claus” Johnson to help.

After hearing Jay’s story, Johnson told him, “I want you to take all of your stuff off of eBay because Dwanta Claus is going to take care of all of that stuff, man!”

He also offered to fly Jay out to Southern California after the pandemic was over to visit the DC Universe. Johnson, who is starring as the anti-hero Black Adam in the upcoming film of the same name, shared that he was going to bind and sign his copy of the film’s script and send it to Jay.

“You represent so many parents around the world who are going through the struggle this Christmas,” Johnson told Jay. “That is why my good buddy, John, and I called some of our elf friends to see if they’re able to help some other families all around the world.”

With the help of FedEx, the two celebrity pals were able to donate $5 million to Toys for Tots.

“That is more important right there. There are so many more needy children than my children,” Jay said, overwhelmed by their generosity.

Some Good News premiered in March at the start of the pandemic and featured many fun cast reunions, celebrity cameos, and endearing moments of good news.

In May, it was announced that the show had been purchased by ViacomCBS but that Krasinski would not be hosting the show when it airs.

For more SGN, check out the video below.