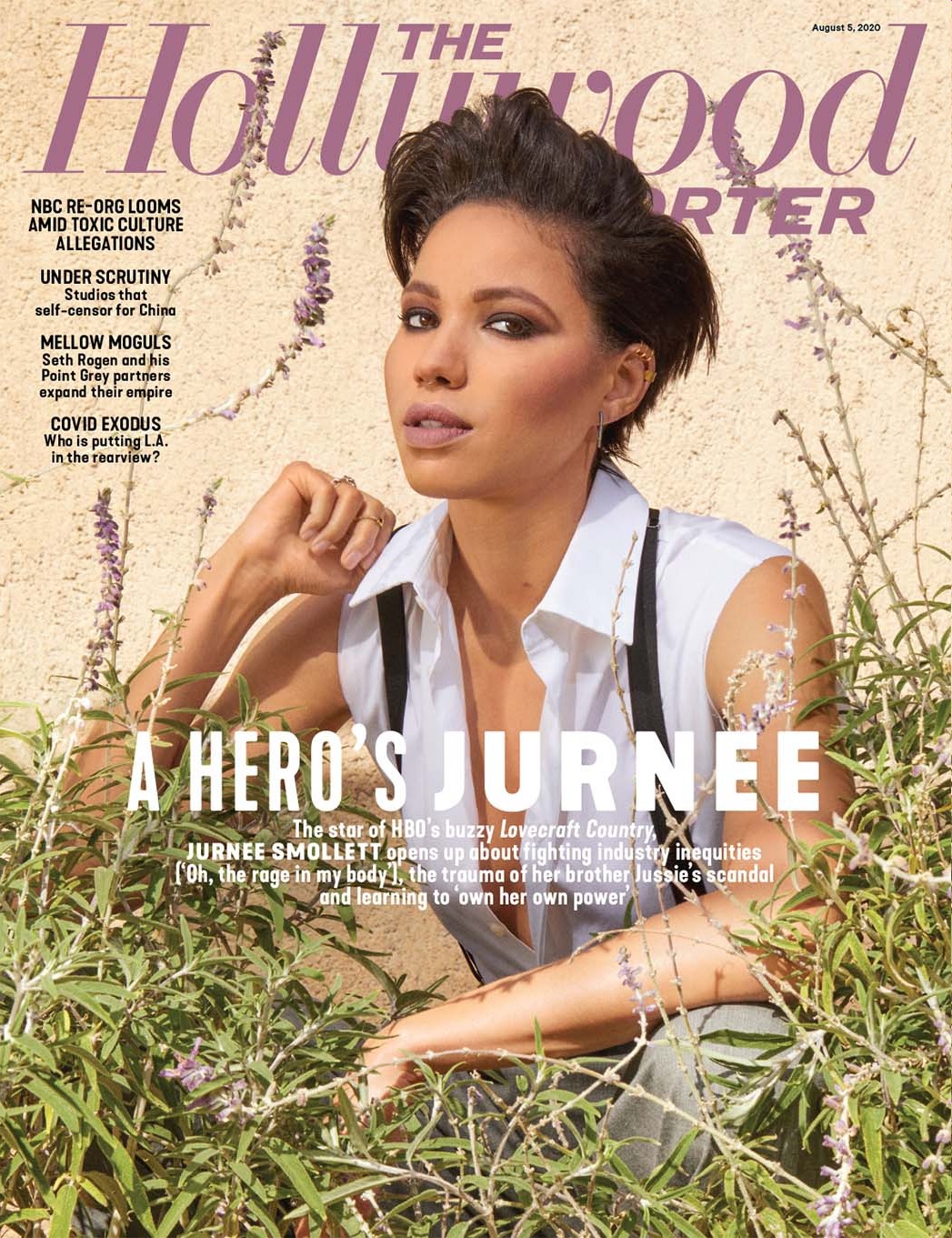 Jurnee Smollett is Jussie Smollett’s younger sister. I honestly didn’t know that before now! I mean, I’m not an idiot, I caught that they have the same surname, but I thought they were perhaps vaguely related rather than directly related as brother and sister. So, from my perspective, Jurnee has not taken any hits related to her brother’s legal mess, stemming from what he claimed was a racial attack against him in early 2019. This Hollywood Reporter cover story is the first time Jurnee has ever talked about any of Jussie’s stuff in an interview since then. Jurnee covers THR because she stars in Lovecraft Country, executive produced by Jordan Peele, and premiering on HBO in a few weeks. The whole THR piece is a great read – go here for the interview. Some highlights:

On Lovecraft Country: When Smollett’s latest project, HBO’s Lovecraft Country, a highly anticipated horror, sci-fi, period mashup that revisits the atrocities of Jim Crow America, makes its debut Aug. 16, it will inevitably be trumpeted for its timeliness. The notion infuriates its star. “We’re telling the story of heroes that go on a quest to disrupt white supremacy, and it’s maddening that in the year 2020 it’s still relevant,” she says, adding that the series, from Jordan Peele, J.J. Abrams and Underground’s Misha Green, would be so had it come out on any day of any year since 1619.

She maintains her brother’s innocence: “It’s been f–king painful,” she says, choosing her words carefully, “one of the most painful things my family’s ever experienced — to love someone as much as we love my brother, and to watch someone who you love that much go through something like this, that is so public, has been devastating. I was already in a very dark space for a number of reasons, and I’ve tried to not let it make me pessimistic. But everyone who knows me knows that I love my brother and I believe my brother.”

Opportunities for black actresses: “Being the girl on page 33 that’s killed in a horror film was something I was consistently offered and, I don’t judge others, but I couldn’t do it,” she says, adding that playing “the girlfriend” or “the best friend” wasn’t especially appealing either. Then there were the parts that Smollett would lose because, until Lovecraft, she was pretty steadfast in her refusal to do nudity. “I’ve sat with directors and they’ll say, ‘This is what it is,’ and you try to listen and understand, but if I don’t trust that they truly believe it’s essential to the plot, if it’s like, ‘Dude, you actually don’t care for him to get naked too?’ then I know what this is, and it’s a no for me. I’m very aware of the over-sexualization of the Black female body — this perverted fascination that predates me — and so the notion that I would ever contribute to that weighs very heavily on me.”

Her brother’s ongoing legal situation: She’s limited in what she can say but what she does offer is how “maddening” it is for someone so outspoken to be told she “can’t talk,” and how horrific the whole ordeal has been for her fiercely close family. Still, Smollett insists her defense of her brother has not impacted her professionally, arguing instead that she has felt supported. “We are blessed to have a community of people who know him and know that he wouldn’t do this… I mean, f–k, man, I look at him sometimes and I’m like, ‘He’s so strong,’ ” she says of her brother, who moved in briefly to look after her following her divorce filing at the beginning of the lockdown. The other Smolletts — who’ve established careers in the food, tech and nonprofit worlds — have been in close touch too. As to how Jussie’s been biding his time, “he’s staying creative, as creatives do,” she says, “singing, writing, working on music.”

What I find odd, I guess, is that in all of the conversations about race we’re having this year, why there hasn’t been any kind of movement to look at all of the weird sh-t that happened in and around Jussie Smollett’s case. I agree that there were parts of his story which seemed odd, and like they needed some follow-up. But I remember how quickly the Chicago police department simply came to the conclusion that Smollett was lying. In an era of increased attention to how many cops are terrible at their jobs – and racist to boot – doesn’t Jussie’s case deserve another examination, or at least some kind of audit of the actual police investigation?

As for Jurnee and Lovecraft Country – I need someone to tell me flat-out if the show is going to scare me! I’ve seen the trailers and it looks good, and the monsters look like… monsters. But will it scare me? 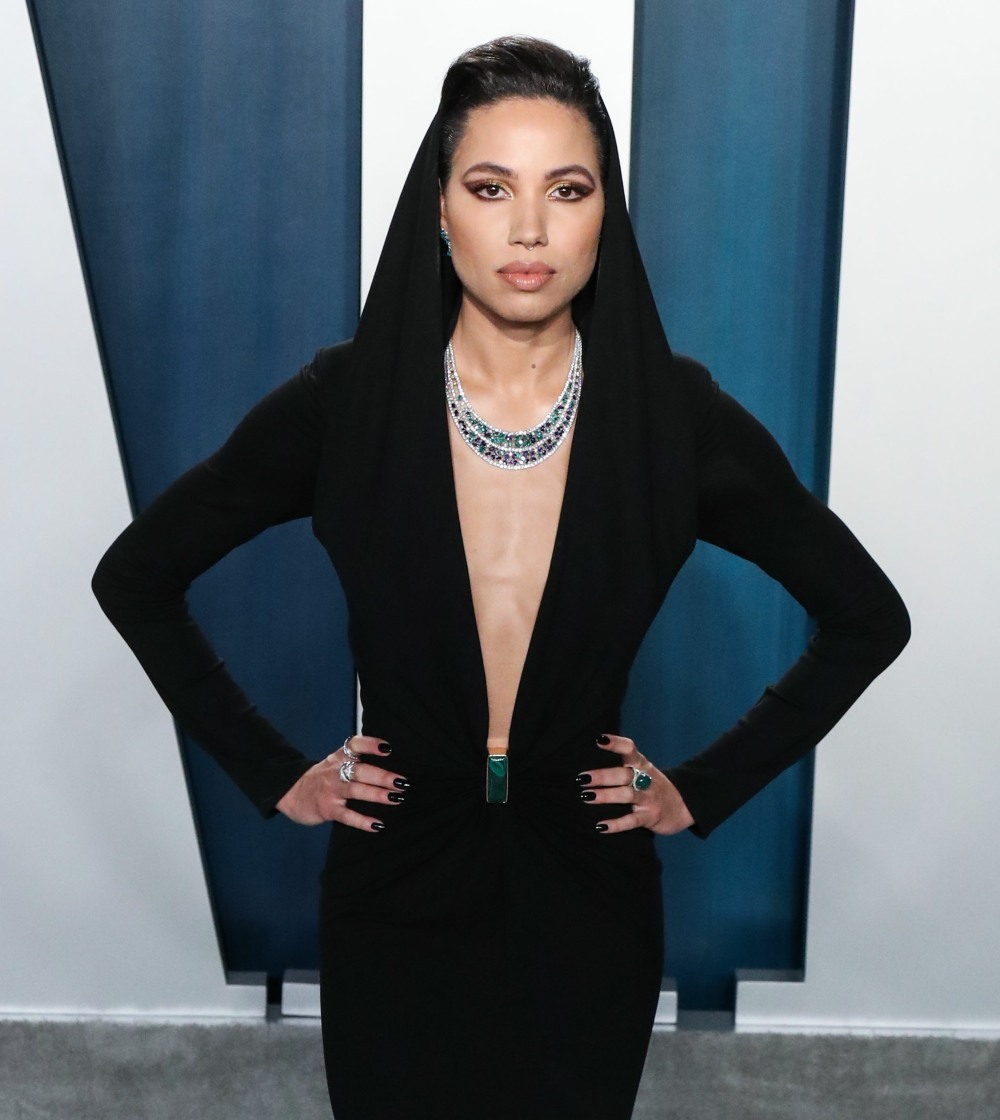