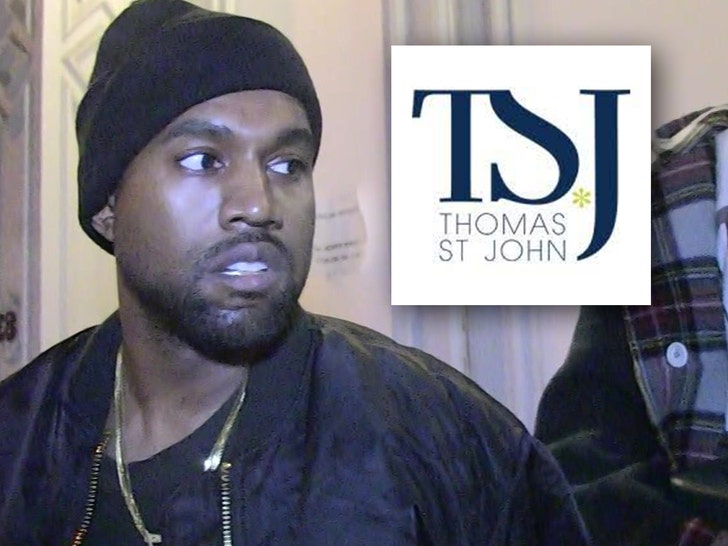 Kanye West and his company, Yeezy, are getting hauled into court by his former business manager, who claims the rapper flagrantly violated their deal … a deal Kanye says he was never going to honor.

According to legal docs, obtained by TMZ, Thomas St. John claims he was hired as Ye’s senior financial advisor and Chief Financial Officer for a guaranteed term of 18 months … and was to be paid a monthly, $300,000 retainer fee.

St. John says after getting the first three payments, Ye got “heated and aggressive” during a meeting at Nobu … proclaiming he didn’t want to work with St. John anymore.

St. John says he brought up the 18-month term, and Kanye responded, “The 18-month term was bulls***” and “You’re insane for even thinking I would stick to it.”

St. John is seeking $4.5M in damages — $900K for the months missed so far, and another $3.6M for the remainder of the contract. He’s gunning for punitive damages as well. 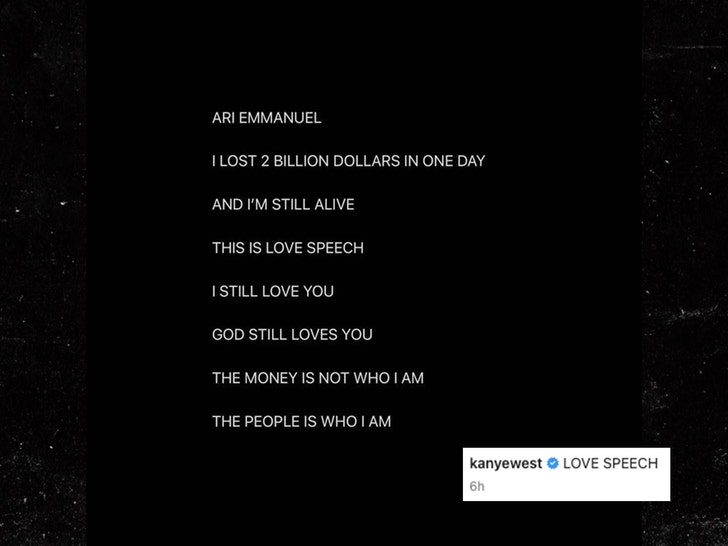 As you know, Kanye’s been losing business deals left and right after his anti-Semitic rants, with Adidas being one of his biggest losses. He posted on Instagram late Wednesday night, saying he lost $2B in one day as a result.