Katie Holmes and Suri Cruise stepped out for a happy shopping date on Nov. 20. Each had a fashionable solution for keeping warm in NYC’s chilly fall weather!

It’s no surprise that the most fashionable mother-daughter duo in New York City have effortlessly adapted their wardrobes for the oncoming winter season! Katie Holmes, 41, and her daughter Suri Cruise, 14, stepped out for a shopping date in Manhattan on Nov. 20, wearing cozy yet still stylish ensembles for the chilly outing. The fashionistas not only looked cute together because of their outfits, but because of the clear love they have for one another. 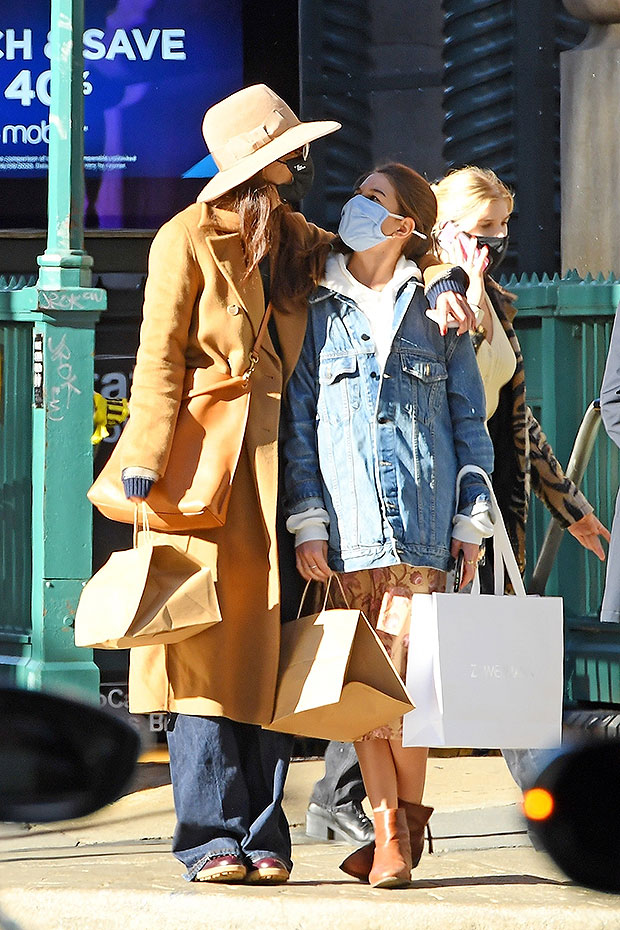 Katie had her arm sweetly wrapped around Suri, who looked adoringly at her mother. The Dawson’s Creek star was layered away in Nanushka’s $1,173 “Lana” double-breasted coat, a ribbon-adorned brim hat, slouchy jeans, a camel-colored satchel bag and the celebrity-favorite Evolvetogether face mask (you can grab one, too, for $8). 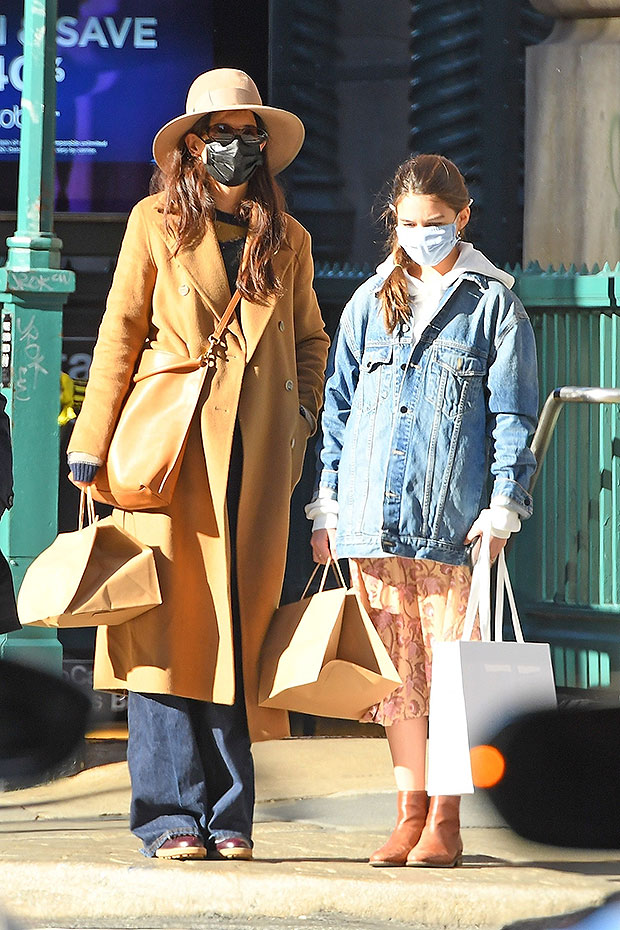 Suri inherited her mom’s sense of style, because she looked just as ready to be photographed for a Vogue streetwear vertical in an oversized denim jacket layered over a hoodie, paisley print skirt and brown booties. She carried a shopping bag in one hand, and a takeout bag in another (as did Katie) after picking up food from The Mercer Kitchen in NYC’s trendy SoHo neighborhood.

When Katie’s not having mom-daughter dates with Suri, she’s on girlfriend-boyfriend dates with restaurateur Emilio Vitolo Jr.! They’ve been hanging out all over NYC non-stop since the beginning of Sept. 2020, and were recently seen holding hands during a stroll around SoHo on Nov. 3. Katie had on the same coat from Nanushka, as well as the black face mask from Evolvetogether! 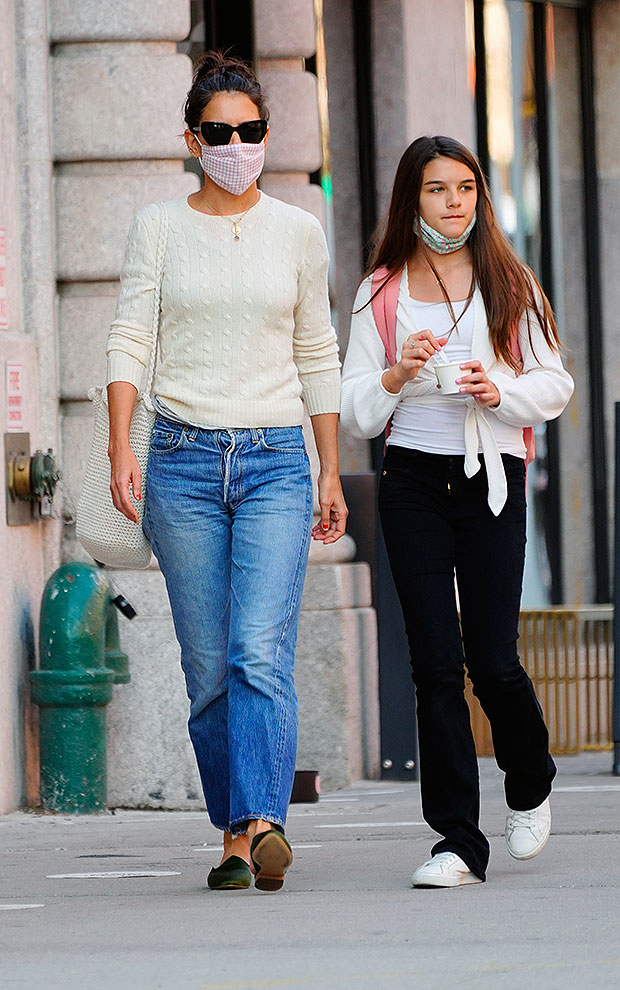 Katie is now in her second major relationship since her marriage to Suri’s dad, Tom Cruise, ended in 2012 (the first being with Ray star Jamie Foxx). As for why Katie openly shows off PDA with Emilio — which was a rarity in her romance with Jamie — a source close to the actress EXCLUSIVELY told HollywoodLife in September, “Now that Suriis a teenager and getting older, Katie feels that she can let loose a little more. So she really likes that she can hold hands, make out and just be herself with Emilio. That is what is making her smitten and happy with the situation.”