Strictly Come Dancing is currently in full effect as the celebrities and their dance partners battle it out for the coveted Glitterball Trophy. Kevin Clifton, 38, has been left baffled over the judge’s comments about Clara Amfo, 36, and Aljaz Skorjanec, 30.

The dancing duo performed a Samba routine to That’s The Way (I Like It) by KC And The Sunshine Band.

However, the pair were criticised for their performance with head judge Shirley Ballas telling the DJ that her feet “missed the mark… and there was too much fumbling – it was by far your weakest performance so far”.

Looking back on the weekend, Kevin noted the evaluation in the latest episode of his podcast, where he discussed the comments made by the judges. 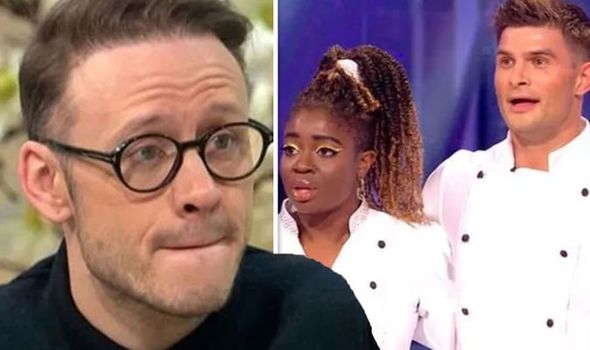 The Grimsby-born performer empathised with Clara following the judges’ comments.

Kevin said: “I felt sorry for Clara. Even if they said, ‘Oh, she did really well and if she hadn’t gone wrong a couple of times but it was still pretty good.’

“You know if they had just said something like that.

“It seems that people are either of that opinion or ‘oh, it was terrible,’ because the judges say so.”

The former Strictly star admitted that he “loved” Clara and Aljaz routine and the duo didn’t deserve all the criticism.

“I actually want to go even further and say that it was great. I absolutely loved it,” Kevin said.

“I thought it was a brilliant dance.”

Kevin explained that other dance couples had made noticeable errors in their performance but were “commended” by the judges.

He commented: “Here’s where I feel sorry for Clara.

“There was another point where someone had gone wrong in their dance and the judges very pointedly said, ‘You went wrong in the dance but I want to commend you for carrying on. Well done you.’

“And they sort of got praised for it.”

Kevin added: “Whereas Clara got hammered for it. I felt sorry for her for that.”