Kim Kardashian looked incredible in a brown crop top and matching leggings when she stopped and posed for a mirror selfie.

Kim Kardashian‘s latest selfie is one for the books! The 40-year-old Keeping Up with the Kardashians star took to Instagram to share a new pic of herself standing in a mirror and showing off her toned figure in a crop top and leggings. The brown outfit also included a matching long-sleeved top and looked perfect on her.

She also had her hands in her long locks in the snapshot and posed with a kissing face. The beauty revealed that the photo was taken in the bathroom in the caption. “Little Bathroom Selfie🤳,” she wrote.

Fans quickly took to the comments section once she posted it. “Beautiful,” one comment read while another said, “This the Kim I Like too [sic] See.” A third complimented her by simply saying “Wowww” with a bunch of heart-eyed emojis and a fourth called Kim their “favorite Kardashian.” 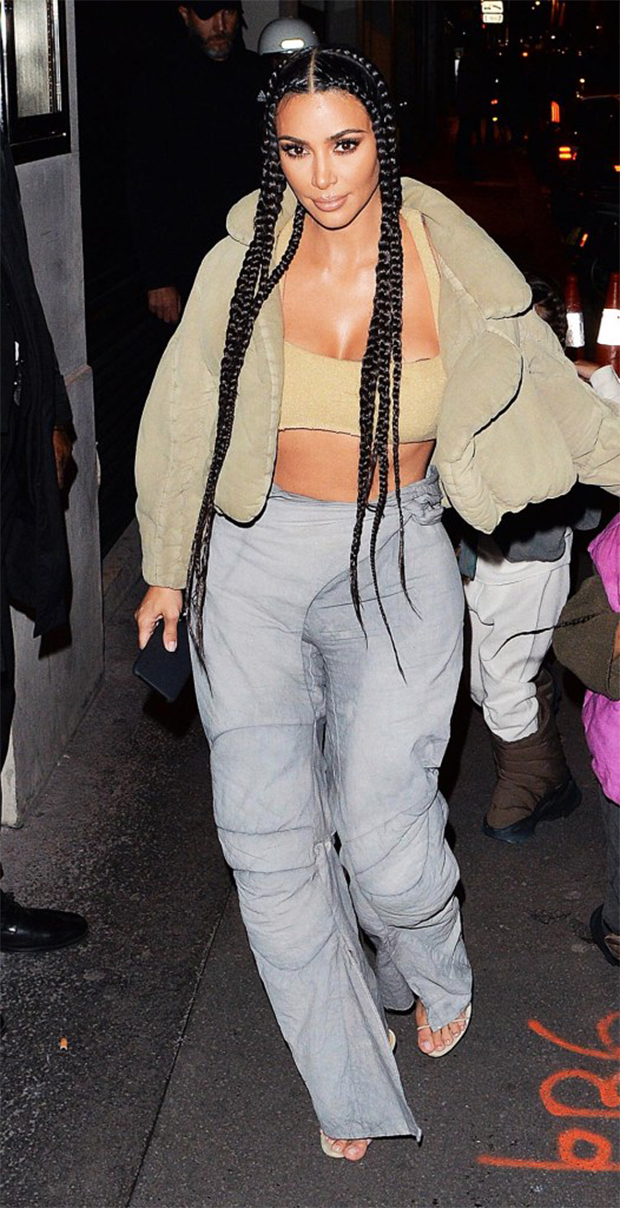 Before Kim’s latest selfie, she got attention for posing in SKIMS new hosiery in new pics she shared to Instagram on Jan. 11. One showed her in black tights while the other showed her in nude-colored ones. She was sitting down in each photo and was noticeably not wearing her wedding ring, which got attention and continued to bring to light the rumors that she and husband Kanye West‘s marriage is reportedly on the rocks.

A previous source told us that Kim’s lack of ring has nothing to do with her marriage to the rapper, however. “No one should be looking at her ring, whether she’s wearing it or not, as some sort of message,” the source EXCLUSIVELY told HollywoodLife around the same time the photos were posted. “She often chooses to go without it for pictures because she likes a clean look.”

“And when she’s home chilling out she doesn’t always wear it and that has been true for many years,” the source added. “It’s nothing new, people are just reading into everything.”

Divorce rumors about Kim and Kanye have been on and off for years, but the most recent claims that “divorce is imminent”, according to Page Six. “They are keeping it low-key but they are done. Kim has hired Laura Wasser and they are in settlement talks,” the insider told the outlet.