Will the third time be the charm?

Kim Kardashian revealed that she has again failed the “baby bar” exam, during Thursday night’s “Keeping Up With the Kardashians” finale.

“I failed! F–k! I failed,” the 40-year-old, who is going to law school online, told her lawyers on the phone about her second attempt at the test. “This is really annoying.”

The mom of four said her score was “pretty much the same thing … [but] a little bit worse” than the first time she took it and failed.

The “baby bar” is a test in California for first-year legal students who are not taking classes at accredited schools, such as Kardashian, who is learning under a private tutor.

Students need to get a score of 560, or 70 percent, on the seven-hour exam, according to JD Advising, but Kim said she scored only 474 on her first attempt at the test. It is unclear what she scored on her second try. 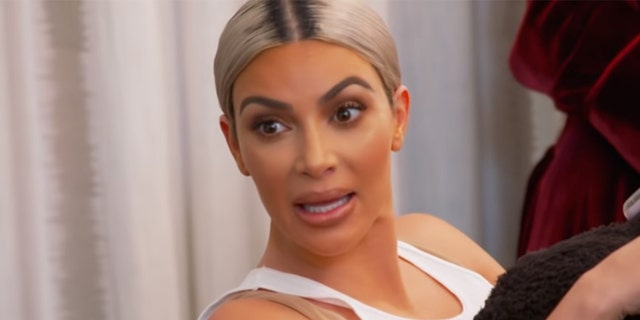 Kim Kardashian has taken the baby bar exam twice and failed, she revealed on her family’s hit series ‘Keeping Up with the Kardashians.’
(E!)

Kardashian revealed she first failed the “baby bar” exam — which is known formally as the First-Year Law Students’ Exam — in a May episode of “KUWTK.”

“I feel bummed. Like totally bummed, but it is what it is,” she said in a confessional on Thursday’s episode. “I know I just have to not stress about it. There’s so many other f–king stressful things going on. I just have to do better in the future.”

Kardashian then called her sister Khloé Kardashian to share the news and thanked her for being supportive even though she “didn’t come through.”

Khloé, 36, reminded Kardashian that she took the exam after battling COVID-19, dealing with the end of “KUWTK” and going through her marital problems with her now-estranged husband, Kanye West.

After Khloé’s encouraging words, Kim decided that she was going to take the test again in July and she needed to start studying immediately.

She’d better study. According to FindLaw, students who fail the “baby bar” a third time could lose credit for any of the courses she’s taken thus far.

The “Keeping Up With the Kardashians” two-part special begins on June 17 at 8 p.m. ET on E!.