Dramatic exit. Kourtney Kardashian‘s friendship with ex Scott Disick caused a rift between him and Sofia Richie before their split.

“Tension between Kourtney and Sofia got weird toward the end of Sofia and Scott’s relationship,” a source tells Us Weekly exclusively. “Sofia was getting mad that Scott was spending so much time with Kourtney.”

Us confirmed earlier this month that Richie, 22, and Disick, 37, were “spending time apart” shortly after rekindling their romance in July. The pair first called it quits on their three-year romance in May following the New York native’s brief rehab stint to work through his past traumas. 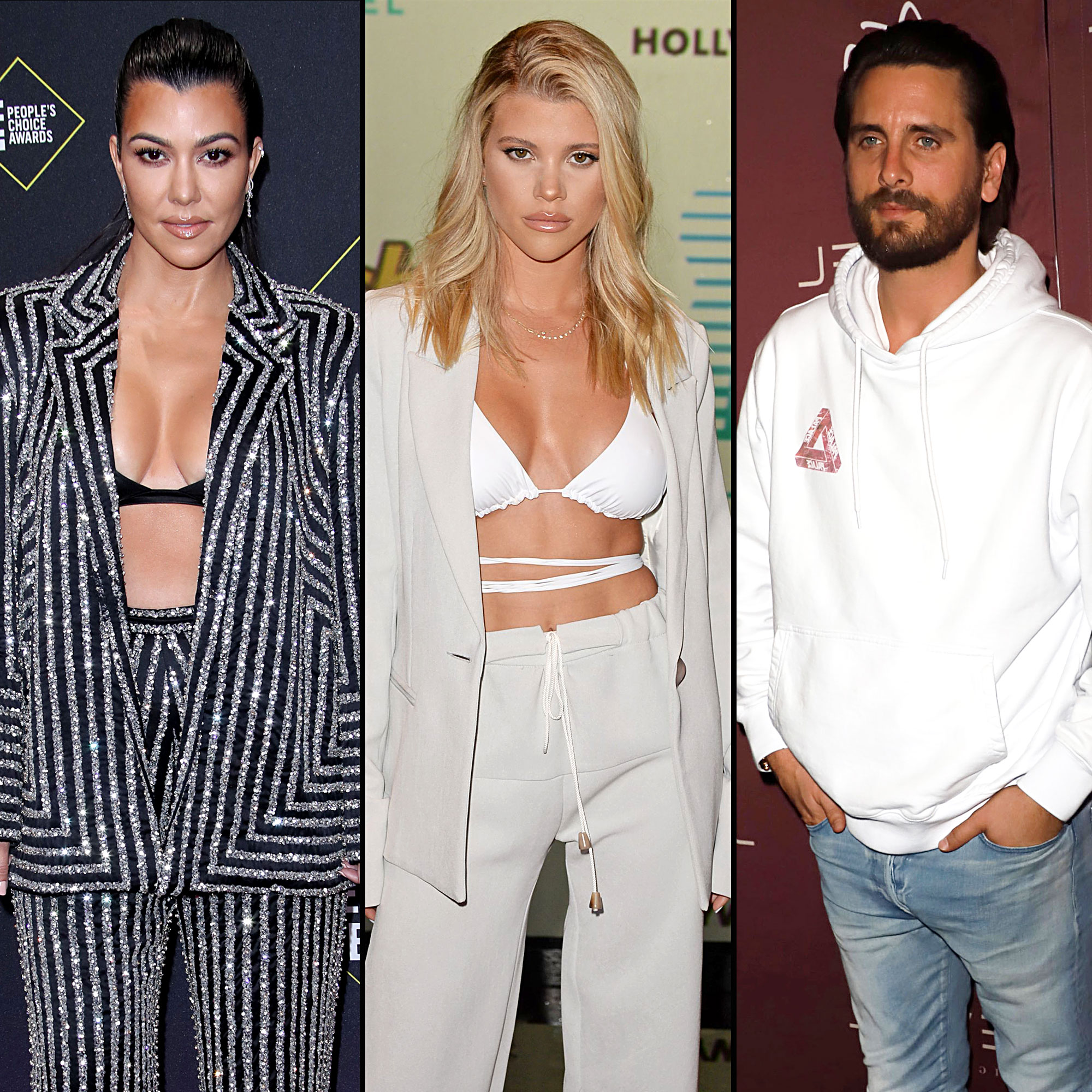 Less than two weeks before the former couple officially went on a break, a source told Us that their relationship was taking “a bit of a backseat” as the Flip It Like Disick star focused on his kids. Disick shares sons Mason, 10, and Reign, 5, and daughter Penelope, 8, with Kardashian, 41, from whom he split in 2015. Earlier this month, the family of five enjoyed a summer getaway to Idaho, proving Disick’s commitment to his little ones.

The Kardashian-Jenner Family’s Friendships With Their Exes: A Guide

Despite the end of their romantic relationship, Disick and Kardashian have worked hard to amicably coparent their three children in the wake of their split. The duo has remained friendly throughout the years, with the Talentless CEO even publicly flirting with his ex on social media multiple times in recent months.

“It bothers Sofia to see Scott flirt with Kourtney on Instagram and publicly,” a source told Us shortly after Disick’s split from Richie. “She is making it a point to do her own thing.”

While the model may not have been pleased with Disick’s playful connection with the Poosh founder, a separate source previously explained that there was always going to be a strong bond between the two coparents.

“Scott is always going to be in love with Kourtney, and that’s something Sofia has had to face since even before she got serious with him,” the insider said in May. “It’s been an ongoing thing. It just became more apparent that his family was more of a priority than she was, and his family would be his main priority over anything and anyone.”

Though fans are hopeful that the longtime on-off couple will give their romance another chance, they shouldn’t set their expectations too high.