Lauren Hashian is continuing to involve her family in her music career. The 36-year-old wife of Dwayne Johnson has released a new song, “Ride the Wave,” and subsequent music video.

The vibrant video kicks off with Hashian preparing eggs for her and Johnson’s oldest daughter, Jasmine, 4, as they both lean in to give the little cutie a kiss. 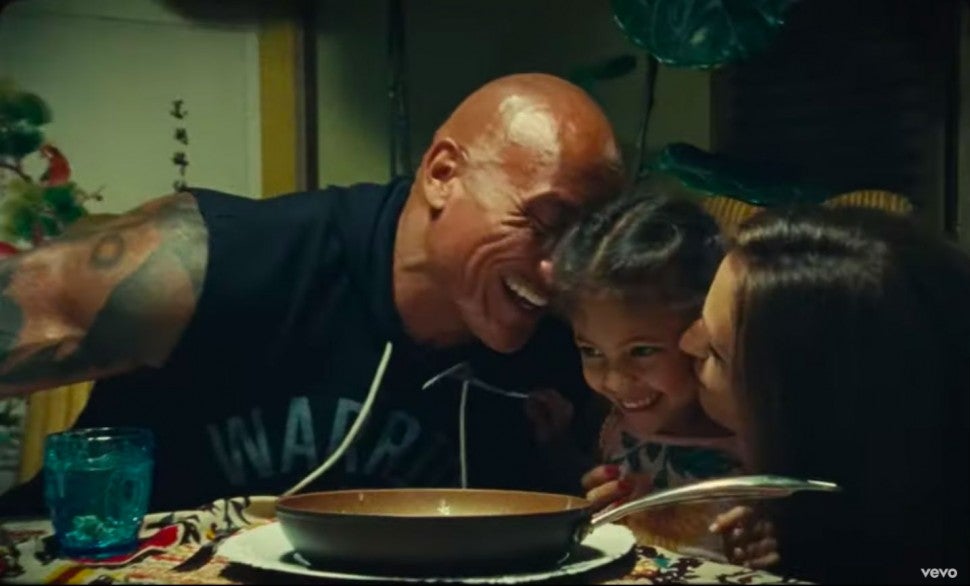 She and her co-singers, Naz Tokio and Natalie Martinez, then leave home, decked out in a variety of colorful ’70s disco-inspired looks.

The upbeat song “celebrates living in the present, soaking up positive vibes and embracing the escapist nature of feel-good music,” according to a press release.

“Ride the wave, never stop, ride the wave let it go,” the ladies sing. “You are the center, the center of the earth. You stay spinning in my mind. Look and see what you find. We can do this thing together.”

Hashian previously released the song “Step Into a Love Like This,” which she wrote and recorded ahead of her 2019 nuptials to Johnson. She released the song publicly for their first wedding anniversary in August.