Lori Loughlin was fairly incognito in a visor, sunglasses and face mask as she stepped out to the store with her mother Lorellee.

Lori Loughlin, 56, has kept a low profile following the college admissions scandal and her time spent in prison — but was spotted stocking up on some essentials earlier this week. The Full House star stepped out to a grocery store with her mother Lorellee Loughlin where she pushed a cart filled with paper bags and plenty of bottled water. Lori was barely recognizable as she kept her brown hair up in a bun and under a white visor, adding a pair of sunglasses and a protective face mask to her incognito look. 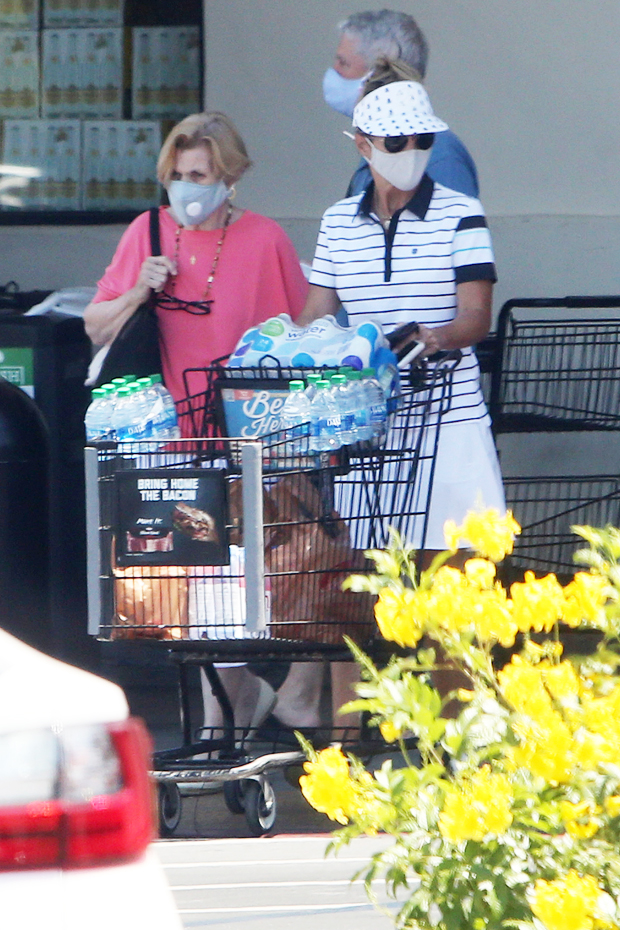 She looked ready for day on a boat with her preppy chic outfit, consisting of a navy striped white golf shirt and a white, cotton tennis skirt. She finished her ensemble with a pair of red-and-white leather oxford shoes. She pushed her own grocery cart as her mom, wearing a coral colored t-shirt and white capris, walked next to her. The elder Loughlin showed off a short, highlighted hair do as she hung onto a black tote. Lori’s mom accessorized with a long brown necklace and gray face mask. 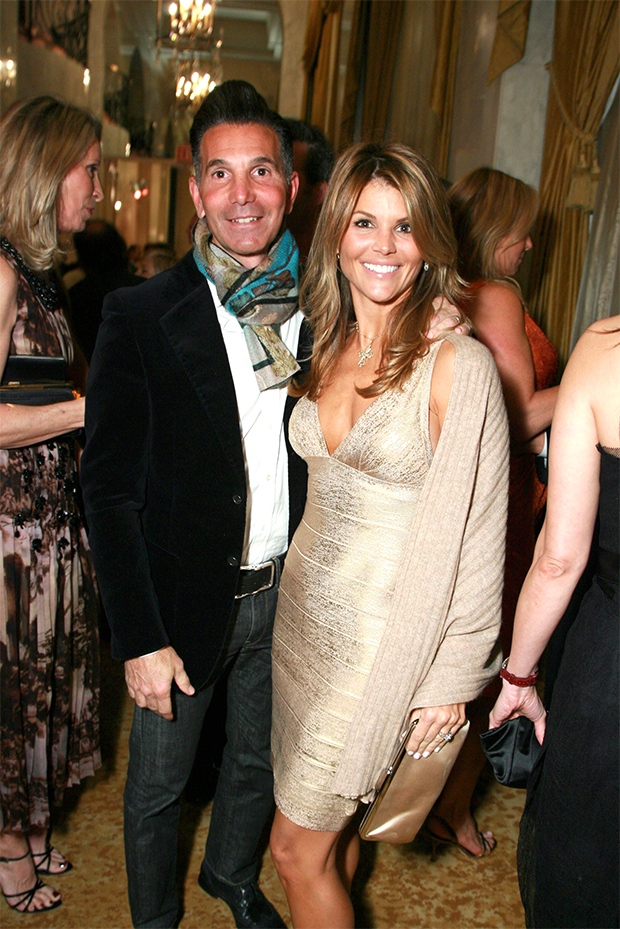 The outing comes after Lori and her husband Mossimo Giannulli, 58, requested permission to travel to Los Cabos, Mexico for a vacation in June. A judged approved the request for the couple to head to the sunny destination from June 16 – 21, presumably with their two daughters Olivia Jade, 21, and Isabella Rose, 22. The trip would mark the first time Lori and Mossimo have left the United States since being found guilty in the college admissions scandal and spending time in prison.

Lori spent two months at women’s federal prison CI Dublin in California last fall, while Mossimo was behind bars for five months until April after pleading guilty to conspiracy to commit wire and mail fraud to get their daughters into the University of Southern California. The two also had to pay fines of $150,000 and $250,000 respectively, in addition to completing hours of community service. The When Calls The Heart actress had to surrender her passport amid her legal troubles in 2019, but was able to retrieve the essential travel document in Feb. 2021.