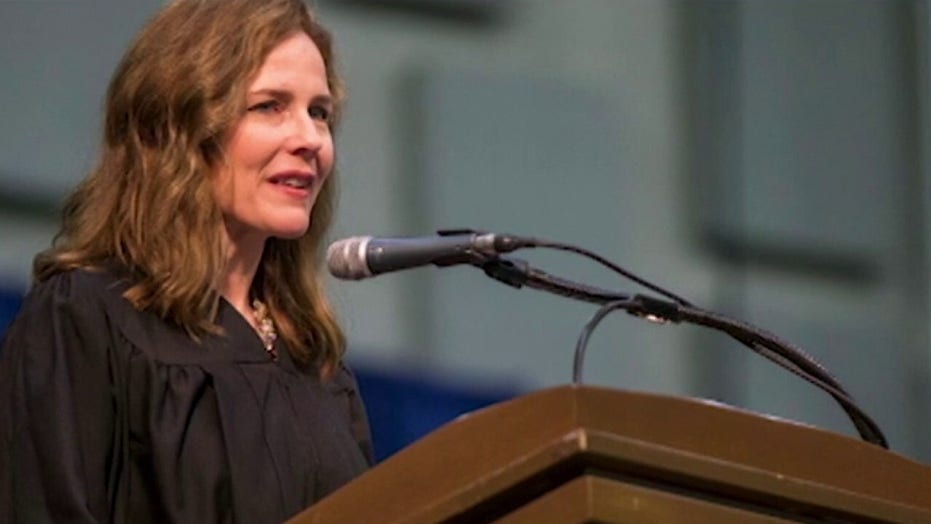 During his opening monologue, Maher told his audience about the widely expected SCOTUS pick, though had a tough time pronouncing her name correctly.

"We'll be saying this name a lot I'm sure because she's a f—ing nut," Maher said. "Religion — I was right about that one too. I'm sorry, but Amy [Coney] Barrett, Catholic — really Catholic. I mean really, really Catholic — like speaking in tongues. Like she doesn't believe in condoms, which is what she has in common with Trump because he doesn't either. I remember that from Stormy Daniels."

"The idea that when you lose power, you've not only lost that fight, you made it harder to win the next one. That's how power works," Maher told his audience. "When Democrats lose elections, they lose the ability to appoint judges. Trump has appointed a quarter of the entire federal bench and — unlike his wives — that's for life. … Power is a perpetuating cycle, like when Terminators build more robots."

BILL MAHER MOCKS GUESTS' CONFIDENCE IN BIDEN: 'YOU GUYS ARE WHISTLING PAST THE GRAVEYARD'

The HBO star then mocked Democrats for "screaming" about the hypocrisy of Republicans filling a SCOTUS vacancy in an election year, insisting "they don't care" about the inconsistency because it's "all about power" and that "the only rule Republicans play by… is the people who win make the rules. Power talks, losers walk."

Maher also took aim at House Speaker Nancy Pelosi, D-Calif., who earlier this week threatened Trump by saying "we have arrows in our quiver that I'm not about to discuss" regarding Democrats' ability to prevent the president from filling the vacant SCOTUS seat.

"Great, now Democrats are bringing arrows to a gun fight," Maher reacted. "But I don't think we have any arrows in our quiver! I think our quiver is bare! They have the power and they're going to use it to make the court with six conservatives and when 2020 election winds up in the lap of that court as they're practically already promising that they will, guess who wins? We can't stop them from getting the court seat, which means we can't stop them from picking the election winner."

Maher also shamed the 'Hillary equivocators," who either voted third party or stayed home during the 2016 election, telling them they have to "eat it one more time." He then listed all the good things that could have come from a Clinton presidency — like the U.S. remaining in the Paris climate accord and the Iran nuclear deal, protection for DREAMers, and a liberal-controlled Supreme Court.

"The Supreme Court hears oral arguments to overturn ObamaCare on Nov. 10, once this new justice is seated, ObamaCare is likely gone and after that Roe v. Wade. So I hope you enjoy carrying your rape baby to term — you can name it Jill Stein," Maher continued. "Yes, Joe Biden is far from a perfect candidate and I have serious doubts they'll ever let him take office, but giving him a vote total so huge it would be hard to ignore is the very last 'Hail Mary' pass we have."